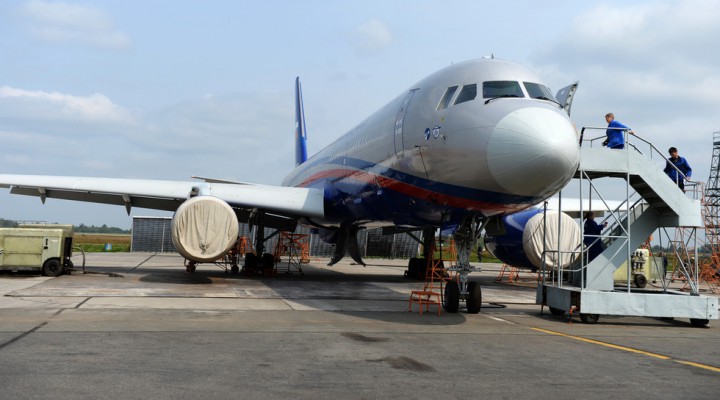 By announcing its intent to withdraw from the Open Skies Treaty, the Trump administration continues its war on legacy arms control agreements, endangering international security.

The Trump administration has formally announced its intention to withdraw from the 2002 Open Skies Treaty (OST), a critical multilateral agreement involving 35 states which allows specially equipped reconnaissance aircraft to overfly the territories of member states, and in doing so contribute to the kind of transparency necessary to minimize the possibility of conflict by keeping all members appraised of military activities in regions of interest. The OST is of special importance to its European members, who can access the information gained by US overflights of Russian territory.

While the sensors carried onboard OST-compliant aircraft lack the kind of high resolution achieved by modern spy satellites (the sensors are not permitted to achieve a resolution of greater than 30 centimeters, while their military counterparts can achieve five to 10 centimeters), the imagery obtained via OST is unclassified and as such can be widely shared, making it useful during standard diplomatic discourse.

The US has offered to replace the imagery that will be denied to its European allies through its withdrawal from the treaty with imagery obtained using US-controlled or commercially available assets, which the US notes will be of a higher resolution than the OST images.

For Europe, however, the quality of the product is less important than the confidence-building and trust engendered by the processes associated with collecting the imagery. A group of former senior European defense and security officials have argued that even if the US withdraws from the OST, the European nations should remain, if for no other reason than to retain a level of transparency with Russia that would otherwise be lost. While Russia has condemned the US decision, it has not yet committed to whether it would follow suit or remain a party to what would essentially become a European security arrangement.

There are real-world benefits for the US and Europe from OST overflights that will be lost once the US withdraws.

“Observation flights under the Treaty,” Congressman Eliot Engel, the Chairman of the House Foreign Affairs Committee, noted in a letter he wrote back in October 2019, “have generated additional information regarding Russian military action in Ukraine and provided a check on further Russian aggression there. NATO allies and partners, and Ukraine in particular, have repeatedly stressed the importance of the Open Skies Treaty for their efforts to monitor Russia’s military.”

Implementation of the Open Skies Treaty has not been without its complications and disagreements.

Over the years, Russia and the US have traded accusations of treaty non-compliance, including the denial of overflight and overly restrictive measures incompatible with treaty mandates.

In its delineation of reasons behind the decision to withdraw from the OST, the US outlined its case that Russia imposed impermissible restrictions concerning overflights of Moscow, Chechnya, and Abkhazia and South Ossetia – which the US considers parts of Georgia but Russia recognizes as independent.

Russia, for its part, has accused the US of doing the same regarding US island territories and possessions, as well as supporting the actions of its NATO ally, Turkey, in restricting Russian overflights of significant portions of southeastern Turkey. Moreover, the US has denied Russian overflight requests using aircraft equipped with advanced digital sensors, despite having equipped its own aircraft with similar equipment.

While some of the US accusations have merit, many do not. For instance, the US complained that a Russian decision to block a US request to overfly Russian military exercises in September 2019, citing an inability to guarantee the safety of the US aircraft in an area of active maneuvers, was disingenuous. However, the treaty permits such denials for the reasons stated.

Likewise, the US has accused Russia of using the OST as a cover to conduct unauthorized overflights of US territory using non-compliant sensors. No evidence was provided to sustain the allegation, including how such overflights could occur given the presence of US military personnel onboard the Russian aircraft and the extensive pre-flight inspections of the Russian aircraft conducted by US personnel prior to any overflight of American territory taking place.

The Trump administration has long complained about the costs associated with the treaty (the Department of Defense has balked at the $125 million price tag for each of a pair of new dedicated OST-certified aircraft). The treaty’s critics have also decried it as an antiquated agreement that has been overtaken by newer and more effective surveillance technology.

However, the real reason for the Trump administration’s decision to withdraw from the OST rests in the malignant narcissism of President Trump himself, and his open dislike of any legacy arms control agreement that does not bear his imprimatur.

The Trump administration exaggerated a largely manufactured case of Russian noncompliance to justify its decision to withdraw from the Intermediate Nuclear Forces (INF) treaty in August 2019, and is similarly balking at extending the New START treaty, scheduled to expire in February 2021, which places limits on the respective strategic nuclear arsenals of both the US and Russia. In May 2018, President Trump also withdrew from the Iranian nuclear agreement, brokered by his predecessor, Barack Obama.

President Trump has marketed himself as the ultimate dealmaker, and as such has allowed his ego to interpret any allegation that an existing arms control agreement is being implemented in a manner which is not in the exclusive best interest of the US as an opening to quit that agreement and begin negotiating a new, improved version.

To date, the track record produced by these actions has been anything but positive; the withdrawal from the INF Treaty has put all of Europe at increased risk of nuclear conflict, and engendered an arms race with China. Meanwhile, the US withdrawal from the Iran nuclear agreement has heightened tensions in the Persian Gulf, increasing the likelihood of a US-Iranian conflict while failing to contain either Iran’s nuclear enrichment or ballistic missile capability.

If the US should withdraw from the New START treaty as well, the probability of an all-out strategic nuclear arms race with Russia is real.

While the OST does not directly relate to the INF treaty, the Iran nuclear agreement, or New START, it is part and parcel of a framework of arms control measures which, in their totality, provided unprecedented transparency and confidence building between the involved parties.

By allowing neighboring states to peer inside the territory of others, a modicum of security was achieved, if for no other reason than every member state was aware of what was transpiring at the time of the overflight.

Confidence is born from knowledge, and the OST provided knowledge that was of considerable utility to all parties involved. Fear, on the other hand, is born of ignorance, and by withdrawing from the OST, the US will be engendering ignorance through the denial of real-time intelligence, and the confidence accrued by the joint nature of the work conducted to obtain it. The world will be a far less secure place if the US follows through with its decision to withdraw from the OST.

0 thoughts on “Dangerous narcissism: REAL reason Trump ditched Open Skies is dislike for any treaties that don’t bear HIS signature”