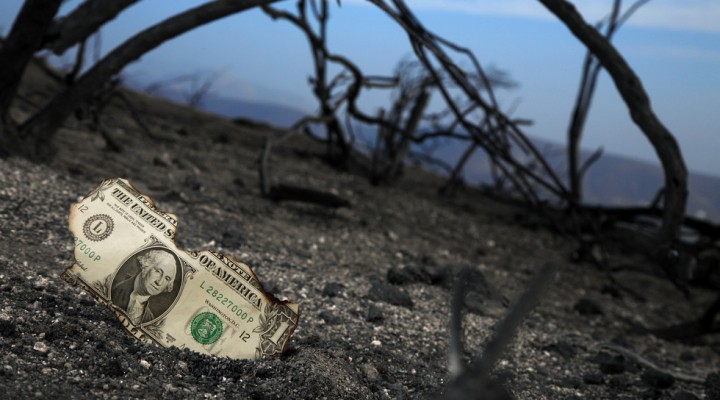 As Congress and the president bicker over a huge financial stimulus package designed to keep the US economy afloat, they must confront the real existential questions facing the country.

Despite all the wrangling, there will be a national economic stimulus package passed by the Congress and signed by the president. Domestic political imperative guarantees as much. The American economy has largely shut down because of the social lockdown mandated by the coronavirus pandemic, and without a stimulus package the entire system would collapse with little hope of ever fully recovering.

The cost of the package will approximate $2 trillion, give or take a few hundred billion. No matter what the final amount is, it will exceed by far the nearly $1.5 trillion combined bailout/stimulus packages approved by Presidents George W. Bush and Barack Obama to recover from the 2008 economic crisis. The 2008 package, however, was a one-time deal; the coronavirus stimulus covers a period of approximately one month, after which the economy either gets restarted, or Congress and the president will be looking at the need for a follow-on stimulus package of similar size and scope.

The coronavirus pandemic has exposed some uncomfortable truths about the state of America today. First and foremost is the fragility of the American economy. After years of outsourcing manufacturing, the United States has constructed an economy where services industries comprise some 55 percent of overall economic activity. In the age of globalization, with interconnectivity functioning seamlessly, this model has been able to generate the appearance of prosperity, with a booming stock market and increased GDP.

The reality, however, is that the American economy lacks resilience in time of crisis. The ongoing trade war with China, combined with a depressed global oil market, were in the process of exposing this reality before the coronavirus pandemic. The national lockdown, and resulting economic stoppage, only accelerated what was a gradual economic recession in progress. Even if the US economy could be taken off stimulus-driven life support, the conditions that preceded the shutdown still exist and, if anything, have only been exacerbated by the impact of the pandemic on global economic health.

American corporations have been shown to have little capacity to plan for “rainy day” contingencies, instead focusing all their economic resources on the generation of short-term profit. And the American working class has been likewise exposed as living on the edge of catastrophe, with few Americans able to fall back on savings that would enable them to ride out a period of sustained economic inactivity or, worse, to pay for emergency health care.

The other uncomfortable truth about America that has been exposed by the crisis is the overall fragility of American society. The medical emergency brought about by the need to treat this virus has shown that what passes for a national healthcare system is, in fact, a fragile construct of for-profit institutions susceptible to being rapidly overburdened and unable to function once the cash-stream of overpriced healthcare has been cut off. The coronavirus crisis has revealed the reality of the US healthcare system today – most Americans don’t have the wherewithal to get quality healthcare when needed – the cost of such care is prohibitive, as are the insurance premiums one must pay to cover it.

President Trump, while supporting the emergency economic stimulus package, has questioned whether this approach is sustainable. The short answer is that it is not. In addition to the approximately $2 trillion that the stimulus is adding to the US debt, the Federal Reserve has been pumping additional trillions into the American equity market, making virtually interest free money available to US banks and financiers.

The purpose of this injection of free money is to stimulate economic growth in a system which purports to be built on the principles of private capital. But when an ostensibly private equity market must be pumped up with government infusions of capital, it is neither private nor liquid.

Trump is wrestling with the horrible reality that in order to take the American economy off government life support, he must lift the restrictions on socializing that were imposed to slow down and reduce the human-to-human transmission of the coronavirus disease. Whether this move is economically sound, medically advisable or politically viable has yet to be seen. But one thing is for certain – the US is at a crossroads in its history.

Trump’s best-case scenario is that he can jump start the US economy, bringing it back up on all cylinders to resume where it had left off prior to the coronavirus-inspired shut down. Even if this plan worked, however, it would not resolve the underlying deficiencies in the US economic and social model that have been exposed as a result of the crisis.

The other alternative is to recognize the reality of the situation confronting the US today – that the crisis has fundamentally broken the American economy along with the American model of society which drove and sustained it. To fix the innumerable flaws and issues that have been identified by Covid-19 will require a level of government economic intervention over time that will forever tip America away from the vision of capitalism-inspired prosperity it aspired to, toward a more egalitarian form of socialism founded on the European model so many Americans claim to disdain.

Trump, the quintessential capitalist, recognizes this reality. He knows that the decision on whether to restart the American economy is much more than a question of simple economics. It is one which touches on the existential survival of America as we have come to know it.