HOME / Economy / Beijing slaps tariffs on Australian barley; it has had enough of Canberra’s toadying to US on China hostility 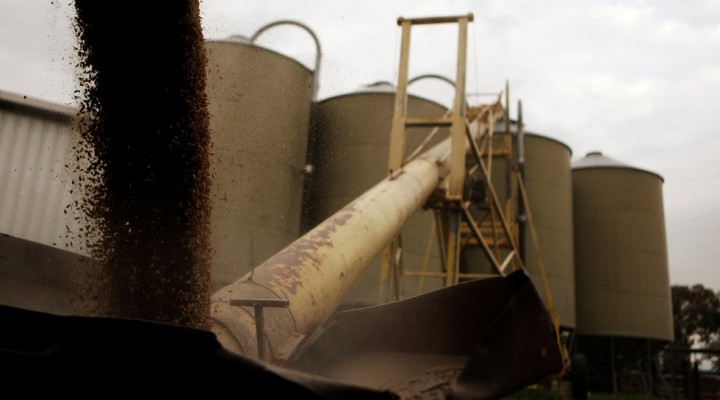 The US has counted on Australia’s government and PM as minions in its long-running conflict with China. Now, for Canberra’s dubious services, Australian farmers are reaping a bitter harvest from lost access to China’s vast market.

Beijing announced this week it was slapping 80-percent tariffs on Australian exports of barley. That effectively shuts off China as a market. This followed a ban by Beijing on supplies of Australian beef.

Given that China is the biggest market for Australian agricultural goods, the move is a severe blow, with fears of more curbs on a range of other products, from wine to wool, as well as on the wider sectors of coal and iron ore.

Beijing claims the trade measures are a result of technical issues concerning alleged misuse of subsidies by the Australian government to make its exports more competitive. But that’s doubtless a political cover to mitigate litigation at the World Trade Organization. Realistically, it seems more likely that China has decided to teach Canberra some manners through economic pain.

Despite its reliance on China’s economy, Scott Morrison’s government has shown a spectacular recklessness in enthusiastically adopting the Trump administration’s hostile policy towards Beijing.

At the World Health Assembly conference this week, Australia sided with the US in calling for an inquiry into the Covid-19 pandemic, with the presumption of China’s guilt over a ‘cover-up’. As it turned out, most nations rejected the US-Australian approach and instead backed an international review of the pandemic carried out by the World Health Organization (WHO).

Australia further incensed Beijing by backing US calls for Taiwan to be admitted to the WHO as an observer, which would undermine China’s unitary claims to the territory.

This was but the most recent expression of Canberra’s kowtowing to Washington’s antagonistic agenda towards China.

The Morrison government has been an ardent cheerleader for the Trump administration in its long-running trade dispute with Beijing. In 2018, Australia banned Chinese tech giants Huawei and ZTE from its 5G mobile phone network, reciting Washington’s claims of national security concerns and China’s “malign” interference in internal affairs.

Australia has also backed the US in its stand-off with China over territorial disputes in the South China Sea, echoing Washington’s claims of Beijing’s expansionism and aggression. Last month, Australia sent one of its warships to join US Navy guided-missile destroyers on maneuvers in the contested sea; maneuvers which China views as provocations to its national security.

From Beijing’s viewpoint, Canberra wants to have its cake and to eat it. It relies on China as the top market for its export-led economy, yet at almost every turn has not hesitated to insult Chinese sensibilities by doing Washington’s bidding.

It’s as if the Morrison government seems to resent the fact of Australia’s dependence on China’s economy, while harboring pretensions of superiority by acting wantonly with no regard for Chinese diplomatic respect.

The impression given is that Canberra felt entitled to keep on insulting China with no repercussions.

Now Australian farmers have just lost their most lucrative market, thanks to the Morrison government’s insistence on aggravating Beijing on Washington’s behalf. The impact on the Australian economy could give new meaning to the term ‘Down Under’.

Meanwhile, China can easily find new suppliers of cereal and meat from Russia, Canada, Brazil or the US.

Now there’s a bitter irony, if China were to source farm exports from the US to compensate for the shortfall in Australian supplies. A cruel twist indeed for Aussie farmers, who will foot the bill for Canberra’s toadying to the Trump administration.

0 thoughts on “Beijing slaps tariffs on Australian barley; it has had enough of Canberra’s toadying to US on China hostility”