HOME / WORLD / What’s the Point of NATO If You Are Not Prepared to Use It Against Iran? 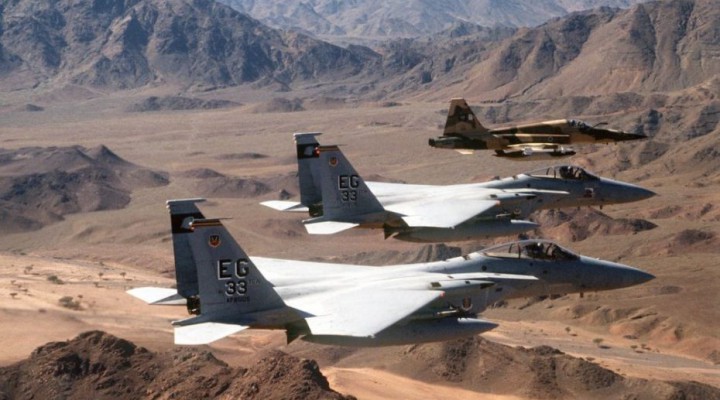 Sending soldiers into unstable places to do unnecessary things as part of a non-existent strategy should not sit well with Americans, Phil Giraldi writes.

Article 5 of the North Atlantic Treaty Organization (NATO) alliance commits all members to participate in the defense of any single member that is attacked. An attack on one is an attack on all. Forged in the early stages of the cold war, the alliance originally included most of the leading non-communist states in Western Europe, as well as Turkey. It was intended to deter any attacks orchestrated by the Soviet Union and was defensive in nature.

Currently NATO is an anachronism as the Soviet Union collapsed in 1991, but the desire to continue to play soldier on an international stage has granted it a measure of life support. Indeed, the alliance is regularly auditioning for new members. Its latest addition is Montenegro, which has a military consisting of 2,000 men and women, roughly one brigade. If Montenegro should be attacked, the United States is obligated to come to its assistance.

It would all be something like comic opera featuring the Duke of Plaza Toro but for the fact that there are certain things that NATO does that are not really defensive in nature but are rather destabilizing. Having expanded NATO right up to the border with Russia, which the U.S. promised to do and then reneged, military exercises staged by the alliance currently occur right next to Russian airspace and coastal waters. To support the incursions, the myth that Moscow is expansionistic (while also seeking to destroy what passes for democracy in the West) is constantly cited. According to the current version, Russian President Vladimir Putin is just waiting to resume control over Ukraine, Georgia, Poland and the Baltic States in an effort to reconstitute the old Soviet Union. This has led to demands from the usual suspects in the U.S. Congress that Georgia and Ukraine be admitted into the alliance, which would really create an existential threat for Russia that it would have to respond to. There have also been some suggestions that Israel might join NATO. A war that no one wants either in the Middle East or in Europe could be the result if the expansion plans bear fruit.

Having nothing to do beyond aggravating the Russians, the alliance has gone along with some of the transnational abominations initially created by virtue of the Global War on Terror initiated by the loosely wrapped American president George W. Bush. The NATO alliance currently has 8,000 service members participating in a training mission in Afghanistan and its key member states have also been parts of the various coalitions that Washington has bribed or coerced into being. NATO was also actively involved in the fiasco that turned Libya into a gangster state. It had previously been the most developed nation in Africa. Currently French and British soldiers are part of the Operation Inherent Resolve (don’t you love the names!) in Syria and NATO itself is part of the Global Coalition to Defeat ISIS.

NATO will now be doing its part to help defend the United States against terrorist attack. Last Wednesday the alliance Secretary General Jens Stoltenberg spoke with President Donald Trump on the phone in the wake of the assassination of Iranian Major General Qassem Soleimani at the Baghdad International Airport. The killing was apparently carried out using missiles fired by a U.S. Reaper drone and was justified by the U.S. by claiming that Soleimani was a terrorist due to his affiliation with the listed terrorist Quds Force. It was also asserted that Soleimani was planning an attack on the U.S. Embassy in Baghdad and would have killed “hundreds” of Americans. Evidence supporting the claims was so flimsy that even some Republicans balked at approving the chain of events.

Nine Iraqis also died in the attack, including the Iraqi General who headed the Kata’Ib Hezbollah Militia, which had been incorporated into the Iraqi Army to fight against the terrorist group ISIS. During the week preceding the execution of Soleimani, the U.S. had staged an air attack that killed 25 Iraqi members of Kata’Ib, the incident that then sparked the rioting at the American Embassy in Baghdad’s Green Zone.

Bearing in mind that the alleged thwarted terrorist attacks took place seven thousand miles away from the United States, it is hard to make the case that the U.S. was directly threatened requiring a response from NATO under Article 5. No doubt the Mike Pompeo State Department will claim that its Embassy is sovereign territory and therefor part of the United States. It is a bullshit argument, but it will no doubt be made. The White House has already made a similar sovereignty claim vis-à-vis the two U.S. bases in Iraq that were hit by a barrage of a dozen Iranian missiles a day after the killing of Soleimani. Unlike the case of Soleimani and his party, no one was killed by the Iranian attacks, quite possibly a deliberate mis-targeting to avoid an escalation in the conflict.

In spite of the fact that there was no actual threat and no factual basis for a call to arms, last Wednesday, NATO Secretary General Jens Stoltenberg spoke by phone with President Donald Trump “on developments in the Middle East.” A NATO press release stated that the two men discussed “the situation in the region and NATO’s role.”

According to the press release “The President asked the Secretary General for NATO to become more involved in the Middle East. They agreed that NATO could contribute more to regional stability and the fight against international terrorism.” A tweet by White House deputy press secretary Judd Deere later confirmed that Trump had “emphasized the value of NATO increasing its role in preventing conflict and preserving peace in the Middle East.” Prior to the phone call, Trump had announced that he would ask NATO “to become much more involved in the Middle East process.”

As the Trumpean concept of a peace process is total surrender on the part of the targeted parties, be they Palestinians or Iranians, it will be interesting to see just how the new arrangement works. Sending soldiers into unstable places to do unnecessary things as part of a non-existent strategy will not sit well with many Europeans. It should not sit well with Americans either.

0 thoughts on “What’s the Point of NATO If You Are Not Prepared to Use It Against Iran?”