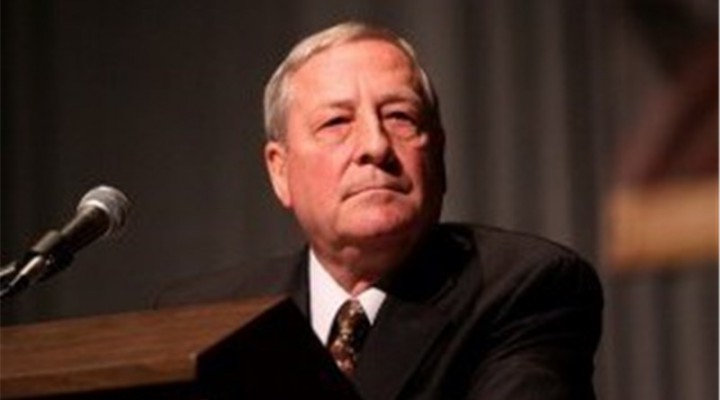 A former military intelligence officer with the CIA described US-led intelligence operations against Iran as “limited” and “not very successful”, saying that Washington is seeking to stir up trouble inside the country through its regional allies.

“The US intelligence operations in Iran are not very successful and are limited. They are only able to make the situation more difficult to contain. But yes, I do believe that evidence of Saudi and US involvement will be found and the government in Tehran should make that evidence public when it can be confirmed,” Philip Giraldi told Tasnim in an interview.

Philip Giraldi is a former counter-terrorism specialist and military intelligence officer of the United States Central Intelligence Agency (CIA) and a columnist and television commentator who is the Executive Director of the Council for the National Interest, a group that advocates for more even-handed policies by the US government in the Middle East.

Following is the full text of the interview.

Tasnim: In an interview with BBC Persian on Nov. 21, the US special representative for Iran, Brian Hook, said Washington is “very pleased” with protests over a fuel price hike in Iran, adding that the maximum pressure against Iran will continue. US President Donald Trump and Secretary of State Mike Pompeo also took to Twitter to express support for the protesters. Open support for rioters has just reinvigorated the Islamic Republic’s official narrative that the real goal the United States pursues through maximum pressure is not to bring Iran to the negotiating table but to cause “regime change” in the country. What do you think? What is behind this kind of US policy?

Giraldi: It has been the intention of the United States to bring about regime change in Iran since 1979. I believe that the rioting in Iran is largely spontaneous and the people blame the government for the rise in prices, but you also have to realize that the US, the Saudis and Israelis all have intelligence services that are actively stirring up trouble through their agents inside Iran and are also broadcasting false information to make the situation more confusing. Ironically, of course, the interventions by foreign countries only make most Iranians support the government more strongly because they are able to see with their own eyes and hear with their own ears that hostile governments in Riyadh, Tel Aviv and Washington truly are out to destroy Iran.

Tasnim: Reports by Iranian intelligence services say that the US and its allies in the region meddled to stoke recent unrest in Iran. They say clues have been found proving that they intervened to create the turmoil. Bahman Reyhani, a military commander in Kermanshah, said “the rioters belonged to anti-revolutionary groups and America’s intelligence services”. What are your thoughts on this?

Giraldi: The US intelligence operations in Iran are not very successful and are limited. They are only able to make the situation more difficult to contain. But yes, I do believe that evidence of Saudi and US involvement will be found and the government in Tehran should make that evidence public when it can be confirmed.

Tasnim: Iranian officials have repeatedly said that US sanctions against Tehran have dealt a blow to the prospects of talks between Washington and Tehran. It seems that the Trump administration has closed the door to diplomacy. Do you share the opinion that the White House is not interested in diplomacy when it comes to Iran?

Giraldi: Trump is not interested in diplomacy with Iran. He has been convinced by his neoconservative advisers that enough pressure on Iran will cause the government to fall, which is what the Deep State in Washington supported by Israel in particular and Saudi Arabia to an extent want to happen. There is no one at the top of any of those governments that wants to negotiate with Iran.

0 thoughts on “US Intel. Ops against Iran Limited, Not Very Successful: EX-CIA Officer”