HOME / WORLD / More Holocaust Reparations for 2020: The Gift That Keeps on Giving 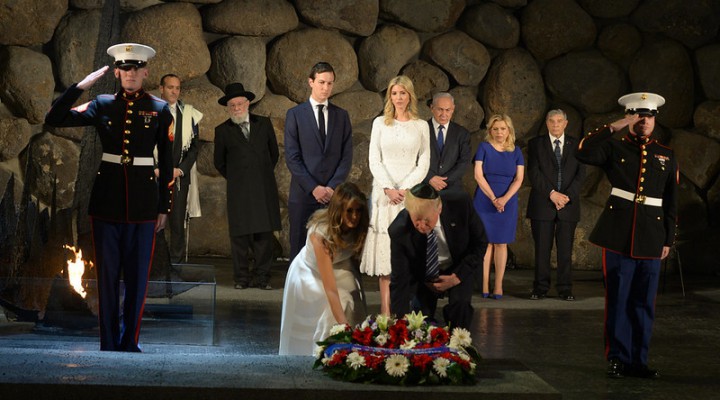 Now that 2019 has ended, it is more than seventy-four years since the end of the Second World War. America’s “Greatest Generation” that actually fought the war and endured it on the home front, is dying off and the remembrance of the conflict is increasingly experienced second hand, if at all. The war has been relegated to the history books, one might think, but that would be to ignore one aspect of it which seems to never fade from sight. That would be the so-called holocaust, which has produced a host of taxpayer funded museums, is regularly featured in the media and also is part of mandatory public education in a growing number of states and school districts.

That the established holocaust narrative lives on in spite of its irrelevancy and obvious contradictions is a reflection of Jewish power in the United States. Since the 1970s, when the regular evocations of the holocaust began in earnest, Jews have come to wield considerable influence in American economic, cultural, intellectual and political life. Jews played a central role in American finance during the 1980s, and they were among the chief beneficiaries of that decade’s corporate mergers and reorganizations. Today, though barely two percent of the nation’s population is Jewish, close to half its billionaires are Jews. The chief executive officers of the three major television networks and the four largest film studios are Jews, as are the owners of the nation’s larg­est newspaper chain and the most influential single newspaper, The New York Times. The role and influence of Jews in Ameri­can politics has also developed simultaneously, with Jews heavily overrepresented in the Democratic Party and in Congress.

The rise to power on the part of American Jews coincided with the trajectory of Israel in the Middle East. Protecting Israel and Jewish privilege became two sides of the same coin, leading to creation of the holocaust narrative, which Professor Norman Finkelstein has aptly described as The Holocaust Industry. And promotion of the sanctity of the holocaust story has enabled the damnation of skeptics as holocaust-deniers while also increasing the exploitation of the charge of anti-Semitism for those who would dare to criticize either the Jewish tribe itself or Israel.

One of the singular manifestations of the Jewish power in both the U.S. and in Europe has been the creation of mechanisms to address the perceived needs of “holocaust survivors.” One might argue reasonably enough that there cannot be actually that many genuine survivors remaining after 74 years, but the term has proven to be extremely elastic. It has come to include not only the actual victims who were allegedly sent to labor or concentration camps but also any Jew who survived 1939 through 1945 in Europe or even in Asia living in ghettos. And it also includes their children, even if born after the war.

As a result, the so-called holocaust survivors are now well into their second generation, receiving extra Social Security and Medicare benefits in the United State as well as a steady flow of reparations from Germany and other Europeans, to include France, where forty-nine people who made it out of the Holocaust alive are receiving around $400,000 each, helped by the State Department’s expert on holocaust issues Stuart Eizenstat. The U.S. State Department even has a Holocaust Deportation Claims Program which is always staffed by Jews like Eizenstat.

The reparations programs are generally structured in a way that the payments are limited to Jews, even though there were millions more non-Jews who were victims of the German camps and prisons. Recently there have even been claims that the traumatic holocaust experience might have caused genetic damage, meaning that the need to address the issue by extorting money from the German and other governments will conceivably extend into the foreseeable future.

When in doubt about where to find the money, it is only necessary to get in touch with a professional Zionist Zealot like Eizenstat or with one of the commercial firms that is into the holocaust reparations business. The International Center for Holocaust Reparations is one of them, a corporation registered in Israel with offices located in Jerusalem, Berlin and in Pompano Beach Florida. It was founded by Israeli Zachi Porath and the actual incorporation is in his name as Zachi Porath Ltd.

The organization website headlines that it is “Pursuing Rights of Holocaust Survivors.” It is indeed doing so in a manner of speaking, but it is also a business that makes money by taking a cut of what it obtains. Its website asks what it considers to be key screening questions: “Are you a Holocaust survivor who was interned in a Ghetto?” and “Are you a child of a Holocaust survivor who was interned in a Ghetto?” before getting to the crux of the matter, “You may be entitled to a large sum of money! Even if you are already receiving compensation from the Claims Conference or from the German authorities, including the German Pension Insurance you may be eligible to receive additional payments.”

According to the website “The pension is paid even to those who were interned for a short period of time in a Ghetto (including Ghettos in Poland, Romania, Czernowitz, Shanghai, Sofia, Thessaloniki, Transnistria, Amsterdam, Lithuania, Latvia and Belarus and many more). The possibilities are for a one-time retroactive compensation, as well as a monthly payment from the German Social Security… If you are an heir of a ghetto survivor, and the survivor or their spouse was alive on June 27th 2002, you may be entitled to a one-time payment… We will help you to file the claims for all the money you justly deserve… After you have received the restitution payment, we will charge a fee of 15% of the retroactive sum.”

The website also advises that even second-generation survivors whose parents were interned in a ghetto somewhere for even a short time “may be entitled to a one-time compensation payment… We have been aiding Holocaust survivors all over the world in exercising their rights and have successfully helped many survivors attain their rightful money.”

Some might object to the assertion that Jewish suffering in the war was somehow unique given the fact that far more Russians died than Jews. But the difference is one of perception, due to the effective marketing of a preferred narrative by a powerful and wealthy group that has easy access to the media, to the entertainment industry and to policy makers. And one should not be dismissive of the hard work that has gone into making holocaust reparations eternal. It takes a great deal of ingenuity to devise mechanisms that separate German, French and American taxpayers from their money in perpetuity on behalf of numerous people concentrated apparently in Israel and Florida who may not have suffered at all in the Second World War.

One thought on “More Holocaust Reparations for 2020: The Gift That Keeps on Giving”