Diplomatic Immunity and RAF Croughton: Trump Goes After the Brits 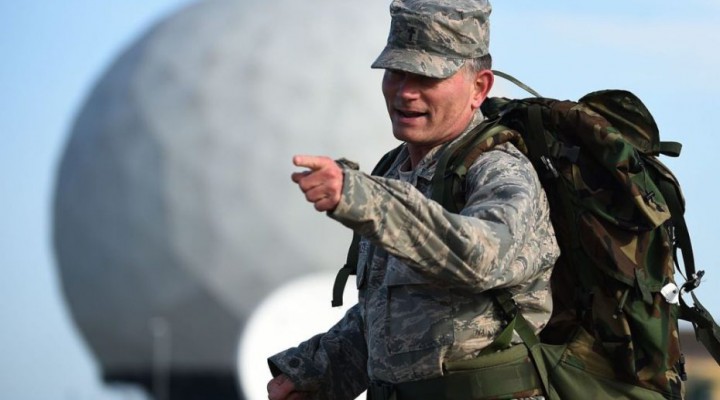 The inept course of what passes for the US foreign policy continues, with the Trump Administration now going after the nation’s second oldest friend…

The inept course of what passes for United States Foreign Policy continues, with the Trump Administration now going after the nation’s second oldest friend, Great Britain. With Trump having serially insulted America’s oldest ally France last year, it should only have been expected that the Brits would be next on the list, joining the other key European ally Germany, which is being threatened with sanctions over buying gas from Russia.

In the latest episode of international misunderstanding, the British media has aggressively latched on to a traffic death involving the wife of an American government technical employee at a top-secret communications facility in England. The story has been prominent in the U.K. papers since last August, when the incident occurred, with much of the editorializing in England blaming the White House and State Department for a grave miscarriage of justice. The woman, Anne Sacoolas, was reportedly driving on the wrong side of the road near the RAF Croughton airbase in Northamptonshire, which hosts the communications facility, when she had a head on collision with motorcyclist Harry Dunn, killing him instantly.

Sacoolas was questioned by the police and then released with the understanding that the authorities would follow up with more questions if warranted but the U.S. Embassy put her and her husband Jonathan and three children on a plane and flew them back to Washington, claiming diplomatic immunity in the accidental death. The British did not buy into that argument and demanded that Anne Sacoolas be extradited to the U.K. to take responsibility for what she had done, denying that she had diplomatic immunity because she had fled the country without making any such claim.

Secretary of State Mike Pompeo rejected the British demands, arguing that “If the United States were to grant the UK’s extradition request, it would render the invocation of diplomatic immunity a practical nullity and would set an extraordinarily troubling precedent.” In simpler language Pompeo was declaring that he would never under any circumstances recognize that the killing of a foreigner might justify allowing an American government official to stand trial, even in a Western European country where the accused would have rights and be treated fairly.

In October Sacoolas was interviewed by British police officers in the U.S. and in December the U.K. government charged Sacoolas with “causing death by dangerous driving” and made clear that it was demanding cooperation from Washington. British Prime Minister Boris Johnson also warned that he would go directly to President Trump over the issue. However, the State Department refused to budge and Sacoolas was last seen pumping gas in Falls Church Virginia.

There is, of course, more to the story. The Daily Mail has published a piece asserting that the husband and wife are actually Central Intelligence Agency (CIA) employees, though she was “not active” in their posting in Britain. The article also states that Anne Sacoolas outranks her husband.

The Mail article relies on unnamed sources and the manner in which it is framed suggests that the United States government is refusing to extradite Anne Sacoolas because she is an intelligence officer, active or otherwise. The implication would seem to be that Washington is fearful lest Sacoolas be questioned by the British police and wittingly or unwittingly reveal details of classified secret CIA operations.

A simpler explanation for the State Department’s unwillingness to compel Sacoolas to return to England would be that it would compromise the cover arrangements at Croughton base. And the claim that she and her husband are both CIA should also be taken with somewhat more than a grain of salt. The media in Europe and much of the rest of the world routinely labels any U.S. intelligence link as CIA. As Croughton is presumably a major communications and “listening post” intercept center for the U.S. government it would include elements of all the alphabet soup that makes up the intelligence community, to include the National Security Agency (NSA) as well as representatives from all the armed services and the State Department.

The argument over returning Sacoolas to Britain centers around the use or abuse of diplomatic immunity. Diplomatic and Consular immunity are defined by the Vienna Convention on Diplomatic Relations, which was codified in 1961, but the protections provided are not the same for all employees of embassies overseas. In principle, diplomatic immunity became an established practice to prevent a local government from using the law to maliciously harass the emissary of a foreign country. This has inevitably produced some bizarre cases where the privilege has been abused. Back in 2010, a Qatari diplomat Mohammed al-Madadi was in the news when he was caught by an air Marshal for smoking in the bathroom of a Washington to Denver flight. He joked that he was actually lighting a bomb in his shoes before claiming diplomatic immunity and being released by the police.

In reality, ambassadors and deputy chiefs of mission plus their families have full immunity and can commit any crime, though the host country has the option of demanding that such individuals go home as personae non gratae (PNG). Diplomats with something like full immunity are normally accepted by the Foreign Ministry of the host country and they are then entered on the diplomatic list. Other embassy employees, to include those at Consular posts, have what is regarded as “functional immunity,” which means that they are protected as long as they are performing work that is related to their jobs at the foreign mission. Other embassy administrative employees who have no diplomatic related duties have no immunity at all.

It is by no means clear how Jonathan Sacoolsa, identified both as a “technical” officer and “intelligence officer” by various sources had diplomatic immunity in the first place, as he clearly did not function as a diplomat and was working at a communications site. It is possible that there was some special arrangement made with the British government to cover intelligence officers who were declared to the British security services.

With the Sacoolsa case still roiling the international waters, one would think that the Trump Administration just might talk nice to America’s closest ally to undo some of the damage. But no, Donald Trump does not do nice and is angry with Boris Johnson because British government has contracted with Chinese tech giant Huawei to build part of Britain’s next generation 5G cellular phone network. According to the Financial Times Trump vented “apoplectic” fury at Boris Johnson in a tense phone call before slamming down the receiver. Boris has, as a consequence, canceled an upcoming trip to Washington.

The president, claiming that using Chinese technology is “very dangerous,” a “security issue,” threatened that there would be consequences arising from the British decision, including some limits on the Five Eyes intelligence sharing as well as less willingness on the part of Washington to enter into bilateral trade talks. Johnson, taken aback by the verbal onslaught, argued that there was no commercially available alternative to the Chinese technology to no avail. Trump has also been angered by Britain’s continued adherence to the Joint Comprehensive Plan of Action (JCPOA) intended to monitor Iran’s nuclear program and prohibit development of a weapon. Officials who have been engaged in the management of the bilateral “special relationship” between the U.S. and Britain believe that the rift between the two countries, fueled solely by Trump’s taking personal affront whenever anyone disagrees with him, is wide and growing. If Trump is reelected it is quite likely that by 2024 the United States will have no friends left in Europe.

Diplomatic Immunity and RAF Croughton: Trump Goes After the Brits

0 thoughts on “Diplomatic Immunity and RAF Croughton: Trump Goes After the Brits”