HOME / Economy / In the footsteps of Xuanzang in Kyrgyzstan 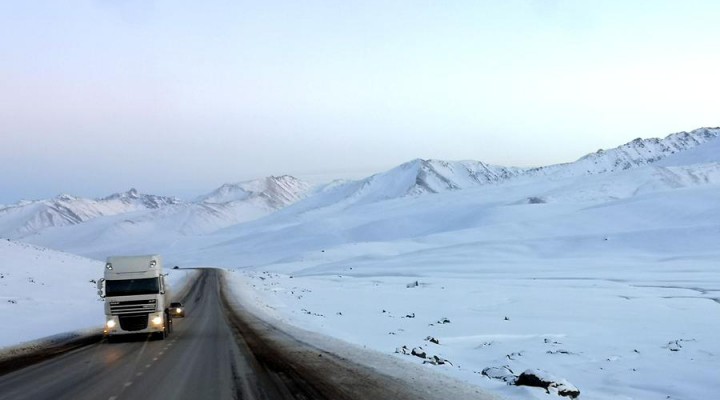 At the start of the Tang dynasty, in the early 7th century, a young wandering monk embarked on a 16-year long voyage from the imperial capital Chang’an (today’s Xian) to India to collect Buddhist manuscripts. At the time Chang’an was six times bigger than Rome at its height, with a population of over one million – the epicenter of Asian civilization.

History ended up converting Xuanzang into a legend and a national hero in China – although in the West he would never reach Marco Polo levels of popularity.

Xuanzang had embarked on a quest that still resonates today. He wanted to know whether all men – or just an enlightened few – could attain Buddhahood. There was only one way to find out: ride all the way to India and bring back Sanskrit texts to China, especially from the Yogacara school of Buddhism, which professed that the outside world did not exist: it was merely a projection of one’s consciousness.

On his epic journey, Xuanzang went through hell and high water: sandy storms in the Taklamakan desert (“You can get in but you never get out”), avalanches in the Tian Shan mountains, pirates in the Ganges. His travels on the ancient Silk Road are mesmerizing, particularly in the years 629 and 630 as he hit northern Silk Road oases such as the kingdom of Hami.

It was at these oases that Xuanzang would reboot his small caravan of camels and horses and interact with local kings, influential merchants and serial warriors. He was already on his way to becoming the most famous pilgrim ever on the oldest trade route in the world.

During my own trip, mixing ancient and new Silk Roads, I crossed Kyrgyzstan from south to north, from the desolate Tajik-Kyrgyz border on the Pamir highway – which looked like a scene from Tarkovsky’s Stalker – all the way to the crossroads of Sary-Tash, with a detour via a made by China road to examine the Kyrgyz-China border at Irkeshtam; then all the way to Osh, the getaway to the Ferghana valley via the mind-bending Taldyk pass; bordering Lake Toktogul, facing myriad other snowed-over passes; and up to the final dash towards the capital Bishkek.

What I really wanted to reach was the pasturage – at this time of the year far from verdant – by Lake Issyk-Kul, where Xuanzang lived an extraordinary historical moment as he met nothing less than the immense tented court of the great khan of the Western Turks.

It was thanks to the king of Turfan – another Silk Road oasis, not far from the current capital of Xinjiang, Urumqi – that Xuanzang was given 24 royal letters to be shown to twenty-four different kingdoms on his way, finally leading to the great khan of the Western Turks. The king of Turfan was in fact a vassal of the great khan, and he was asking for protection for his Chinese friend, invoking a medieval code of honor that applied equally to Europe and Asia.

The empire of the Western Turks at the time extended from the Altai mountains – today in Russia – to territory that’s now part of Afghanistan and Pakistan. To reach the great khan, Xuanzang went through frozen hell. He described mountains of ice that rose up to the sky and ice peaks tumbling down with a mighty roar. It took him one week just to cross the Bedal pass (4,284 meters high) in what was then Chinese Turkestan. The Western Turks used this pass to connect with the Tarim basin. Farther down the road, Xuanzang would still have to face the Hindu Kush and the Pamirsś

Xuanzang and his ragged mini-caravan finally arrived at the southern shore of Lake Issyk-Kul (“Warm Lake”), an inland sea that never freezes, and the second-largest in the world after the Titicaca in Bolivia. That happened to be the winter headquarters of the great khan, while his summer capital remained Tashkent.

I was hosted by a lovely young mother and her baby at a yurt by Lake Issyk-Kul. Xuanzang’s description of the lake, which I got from a 1969 Oriental Books reprint of the original 1884 London version of Si-yu-Ki; Buddhist records of the Western World, by Xuanzang, translated by S. Beal, could have been written today. Except for the dragons and monsters, of course:

“On all sides it is enclosed by mountains, and various streams empty themselves into it and are lost. The color of the water is a bluish-black, its taste is bitter and salt. The waves of this lake roll along tumultuously as they expend themselves. Dragons and fish inhabit it together. At certain occasions scaly monsters rise to the surface, on which travelers passing by put up their prayers of good fortune.”

So in the year 630 Xuanzang finally met the great khan of the Western Turks, at the northwest shore of Lake Issyk-Kul, in Tokmak.

Tokmak happens to be very close to the Burana tower, the only major Silk Road site still standing in Kyrgyzstan. We are in the Chuy valley, which was a very busy side branch of the Northern Silk Road, at the crossroads of the Sogdian, Turkic and Chinese civilizations.

All that remains of what in the 11th century was a sophisticated city called Balasagun – which the Mongols named Gobolik when they rammed through it in 1218 – is the tower, actually a half minaret. Behind the tower we find the cutest stone creatures in living memory: the balbal, 1,500 year-old stone grave markers.

The meeting of Xuanzang and the great khan was a major success. He described “riders mounted on camels and horses, dressed in furs and fine woolen cloth and carrying long lances, banners and straight bows.” Much like the warriors one sees at the extraordinary exhibits at the National Museum of Kazakhstan in Nur-Sultan. The multitude, wrote Xuanzang, “stretched so far that the eye could not tell where it ended.”

This happened to be the last description ever of the great nomad confederation led by the great khan, which collapsed to internal strife still in the early 7th century.

There was also a very important matter to clarify: horses. And that led me to the traditional Sunday animal market at Karakol, not far from the southeast corner of the lake. There I saw multiple descendants of the legendary Przhewalsky horses.

Przhewalsky, after whom the diminutive breed of Central Asian wild horses is named, was the top scientific explorer of Mongolia, the Gobi, Tibet and Xinjiang between 1870 and 1885 – and he died in a hospital near Karakol after contracting typhus. He had led a caravan crossing the Taklamakan – an almost impossible feat. A lovely Soviet-era museum near Karakol pays him due tribute.

Sino-Turkic relations at the time of the great khan were excellent. By the early years of Tang Emperor Taizong, the great khan was at the height of his powers, controlling every latitude between the borders of the Chinese empire and Persia, and from Kashmir in the south to the Altai mountains in the north.

True to the legendary spirit of the ancient Silk Road as a crossroads of cultures and religion, the great khan even knew about Buddhism (a monk from India had tried to convert him). Very close to Tokmak, Soviet archeologists found two Buddhist shrines from the 7th or 8th century.

The top gossip of Xuanzang meeting the great khan is that the khan tried to dissuade him from going to India: “It is such a hot land where people were like savages without decorum.” But the khan soon understood that Xuanzang was a man on a mission. He gave him letters of introduction to all his countless vassals along the way – princes in Gandhara, which today is split between Afghanistan and Pakistan. Xuanzang also got as gifts 50 pieces of silk and beautiful clothes in crimson satin.

And so our wandering monk set out in safety on his Central Asian Turkdom epic, crossing the Syr-Darya, traversing the Desert of Red Sands and arriving at fabled Samarkand. The greatest ever Silk Road pilgrimage – 16,000 km in 16 years – was only beginning. This tale is at the heart of the 21st century New Silk Roads. China is aiming to revive the spirit of one, two, a thousand Xuanzangs.

0 thoughts on “In the footsteps of Xuanzang in Kyrgyzstan”