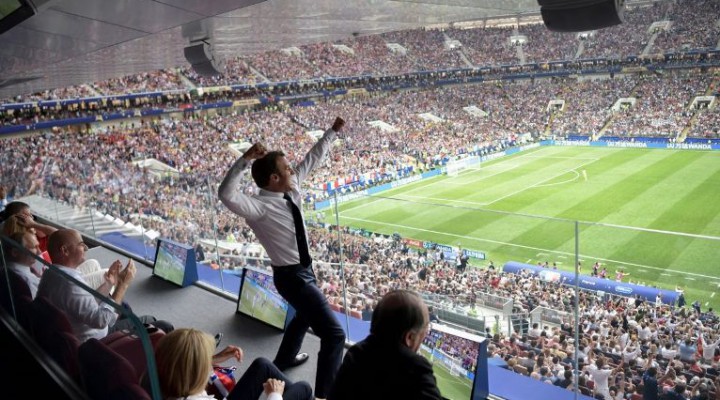 By offering asylum to the persecuted publisher of WikiLeaks, France’s Macron would enhance his status in myriad European latitudes and all across the Global South, writes Pepe Escobar.

It’s quite fitting that the – imperially pre-determined – judicial fate of Julian Assange is being played out in Britain, the home of George Orwell.

As chronicled by the painful, searing reports of Ambassador Craig Murray, what’s taking place in Woolwich Crown Court is a sub-Orwellian farce with Conradian overtones: the horror…the horror…, remixed for the Raging Twenties. The heart of our moral darkness is not in the Congo: it’s in a dingy courtroom attached to a prison, presided by a lowly imperial lackey.

Other paths, as in impoverishing language, include practicing newspeak; using double language; destroying words; oralizing language; speaking a single language; and suppressing the classics. That sounds like the modus operandi of the ruling classes in the Hegemon.

To abolish truth, power must teach ideology; instrumentalize the press; propagate fake news; and produce reality. To propagate hate, power, among other instruments, must create an enemy; foment wars; and psychiatrize critical thinking.

There’s no question we are already mired deep inside this neo-Orwellian dystopia.

John “Paradise Lost” Milton, in 1642, could not have been more prophetic, when he wrote “Those that hurt the eyes of the people blame them for being blind.” How not to identify a direct parallel with Le Petit Roi Emmanuel Macron’s army, month after month, willfully blinding protesting Gilets Jaunes/Yellow Vests in the streets of France.

Orwell was more straightforward than Milton, saying that to talk about freedom is meaningless unless it refers to the freedom to tell people what they don’t want to hear. And he put it in context by quoting a line from Milton: “By the known rules of ancient liberty.”

No “known rules of ancient liberty” are allowed to penetrate the heart of darkness of Woolwich Crown Court.

A Spy at the Service of the People

Juan Branco is arguably the most brilliant young French intellectual – heir to a fine Sartre/Foucault/Deleuze tradition. The French establishment detests him, especially because of his best-seller “Crepuscule,” where he dissected Macronism – branded as a thuggish regime – from the inside, and the French president as a creature and instrument of a tiny oligarchy.

He has just published “Assange: L’Antisouverain” (Les Editions du Cerf), an absorbing, erudite study that he defines as “a philosophy book about the figure of the Anti-Sovereign.” The Sovereign is of course the state apparatus.

Here (in French) is an excellent interview with Branco about the book. There’s nothing even remotely comparable to it in the Anglosphere, which has treated Assange essentially as an unpleasant freak, oozing pedestrian slander and piling up sub-ideology tirades disguised as facts.

The book is essentially structured as a seminary for the hyper-selective Ecole Normale Superieure, the august school in the Latin Quarter here that shapes French elites, a privileged nest of power institutions and reproduction of privileges. Branco takes the reader to the heart of this universe just to make him or her discover Assange from the point of view of one of those students.

Branco was privileged to profit from the interaction between the Ecole Normale Superieure and Yale. He met Assange at the Ecuadorian embassy in January 2014, “in a state of radical confinement,” and then followed him as a juridical consultant, then lawyer, “day after day,” until meeting him again in September 2016, “getting ready to no less than change the course of the American presidential election and engineer the fall of the one who had sworn to crush him, one Hillary Rodham Clinton.”

Branco is fascinated by Assange’s “scientific journalism,” and his capacity to “intervene in the political space without occupying a determined place.” Assange is painted as a contemporary oracle, a maniac for free access to information, someone who “never looked for a reward, or insertion, or juridical protection,” which is a totally different modus operandi from any media.

Branco shows how WikiLeaks “allowed whistleblowers to act,” by growing an archive parallel to the “production of data related to the mechanism of contemporary power apparatuses.” Under this framework “every citizen is able to become a researcher.”

So, Assange’s work has been about redistributing power. It’s as if Assange had become a “spy at the service of the people.” And that leads Branco to draw the connection with the Gilets Jaunes/Yellow Vests. WikiLeaks releasing the “Macron Leaks” in 2017 legitimized the Yellow Vest struggle for direct democracy.

Branco describes Assange as “a strange figure, a bridge between the pre-history of digital civilization and its definitive penetration as a primordial, structural element of political and social space.”

But arguably his best appraisal is of Assange as “a dissident of his own internal space, mostly interested by the sphere of cultural, economic and social domination in which he was born, that of the American imperium, of which his native Australia is one of the most dedicated allies, and that dominates this cyber-space where he constituted himself as a political actor.”

In what could be construed as the top reason for the United States government’s unbounded thirst for vengeance against Assange, he challenged the fact that “American acts have a natural regulatory function for the rest of the world, a result of their over-dominance of the contemporary geopolitical space.”

It’s All in the Algorithm 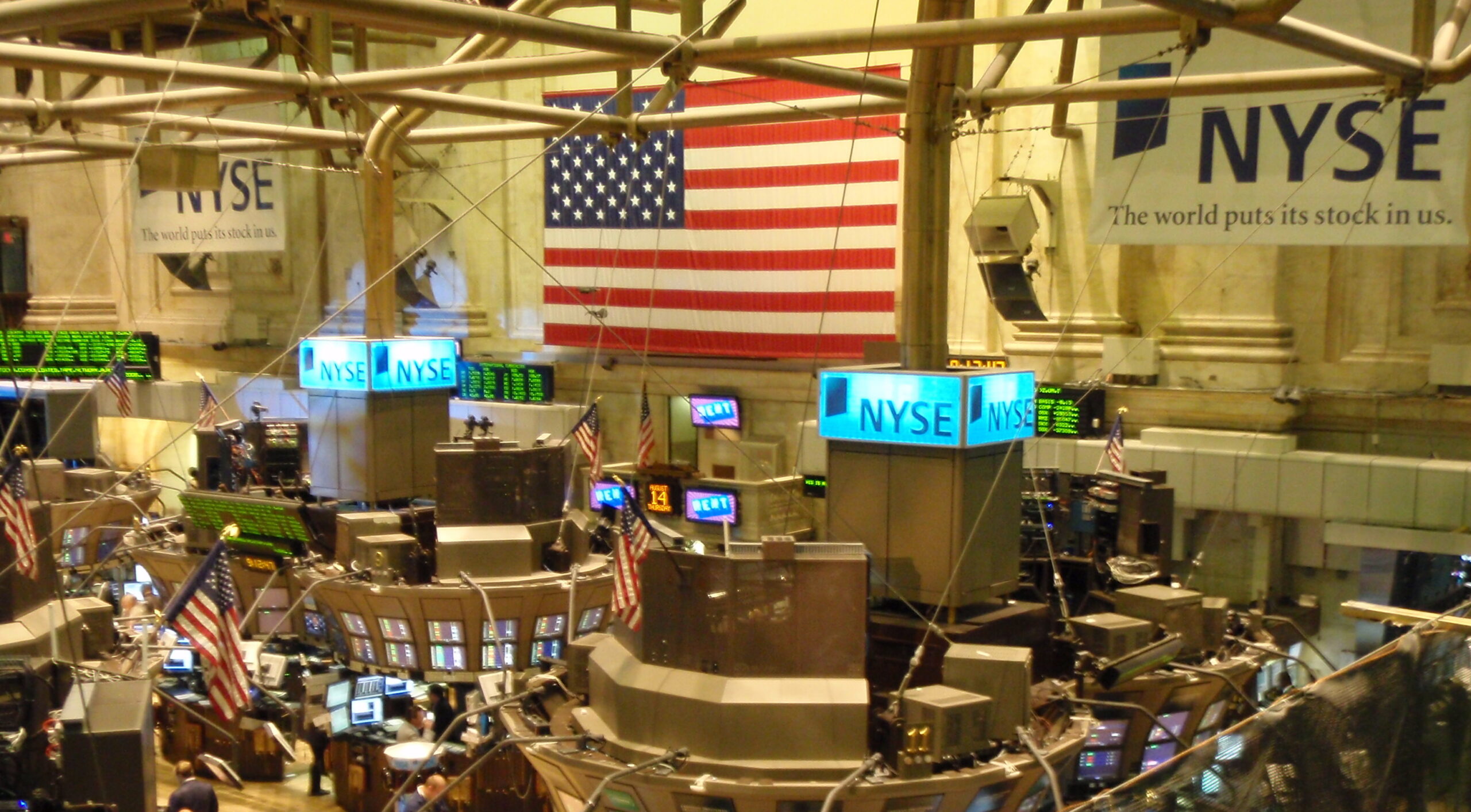 And that brings us to the heart of the matter: algorithms. As Branco synthesizes it, the “revelation of raw documents aims at reinvesting in the political space those that have been discarded because of their submission to a word of authority whose algorithms have been masked.”

Onfray had already warned about “destroying words,” “impoverishing language” and clinging to newspeak  – but Branco takes it to a new level. Because “the word of power is a word assimilated to the algorithm, in the sense that it benefits from a presumption of truth, it does not reveal, to remain effective, any of its assets, settling to enounce a reality impossible to contest.”

Branco is careful to explain that, “Algorithm would not have become a social power without the support of an ethical presupposition (the consecration of Homo Economicus), a postulation towards scientificism (thus to universality) and a technological rupture (big data).”

Branco breaks it down to the formula “Algorithmization is the foundation of sovereignty.” And that’s exactly what Assange challenged. And that’s why he’s such a divisive, eternally controversial figure, unlike Edward Snowden, who’s basically an average guy – with a sterling IQ – who simply wants to reform a system.

A Chance for Liberty, Equality and Fraternity?

When he worked on behalf of Assange, Branco essentially coordinated a team of lawyers responding to star judge Baltasar Garzon, who was present at Woolwich Crown Court earlier this week. Last week, Assange’s legal team said they would apply for asylum in France. Branco can’t possibly be part of the team because of “Crepuscule” – which eviscerates Macron.

Le Petit Roi, for his part, may now be presented with the ultimate global reach P.R. opportunity. Ending a ghastly neo-Orwellian charade, offering asylum to Assange, and ridiculing Trump and Boris Johnson at the same time would enhance his status in myriad European latitudes and all across the Global South.

Yet there should be no illusions. On July 3, 2015, advised by his legal team, Assange wrote an op-ed for Le Monde asking about the possibility of asylum. Only one hour after publication the Elysee Palace – under Francois Hollande – issued a firm denial. There were no leaks on what kind of pressure was applied by the U.S. Deep State.

Assange lawyer Geoffrey Robertson is under no illusions: “He won’t be pardoned by President Trump, although [a future] President Sanders might do so. I think that’s the objective of the Pentagon — to put him in prison for the rest of his life.”

A measure of the cowardice of all those established newspapers who profited handsomely from the work of Assange and WikiLeaks is this despicable Le Monde editorial that half-heartedly pretends to defend him as a journalist and publisher.

It’s idle to expect from Anglo-American corporate media even a modicum of decency to admit that journalists must not be treated as spies and dangerous criminals. Criminalization of critical thinking – capable of provoking, unmasking and denouncing raw power — is a key plank of the new dictatorship examined by Onfray, and already in effect. Now it comes down to Onfray and Branco not to be lost in translation – and forcefully demonstrate to the Anglosphere that the heart of darkness must not be allowed to prevail.

0 thoughts on “ASSANGE EXTRADITION: Can a French Touch Pierce a Neo-Orwellian Farce?”