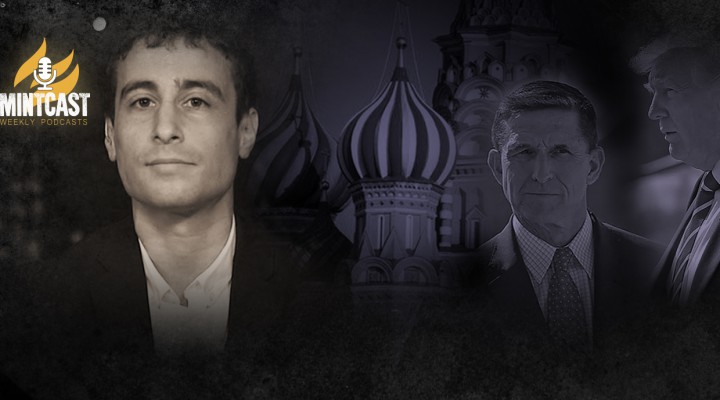 Investigative journalist Aaron Mate unpacks four years of Russiagate propaganda and how it was the gift that kept on giving for both the Trump administration and the Democratic Party.

In this episode, we are joined by Aaron Mate —  investigative journalist, contributor to The Nation and host of “Pushback” on The Grayzone. Mate has spent the last four years covering the mainstream media and U.S. intelligence claim that Russia hacked the U.S. elections in 2016.

Most recently, Mate revealed a bombshell that Crowdstrike, the firm behind the accusation that Russia hacked and stole DNC emails, admitted to Congress that it had no direct evidence that Russia actually stole the emails or infiltrated DNC servers.

Thanks in part to the global pandemic that has been dominating headlines, the revelation was not picked up by corporate media, the same corporate media, that for the past four years, worked diligently to convince the American public that Russia interfered in the 2016 elections to help Donald Trump.

The mass hysteria caused by Russiagate since 2016 caused so much paranoia that the American public became convinced that Russia was corrupting and manipulating the American political system. However, very little evidence was presented to the back that claim. In fact, the most famous claim published by the New York Times and the Associated Press in 2017 was that “all intelligence agencies agree Russia hacked our elections.” These same news organizations would later retract that claim yet they still continued to peddle that narrative.

For another two years, U.S. political and media voices continued to promote the narrative that President Donald Trump conspired with the Kremlin and that Special Counsel Robert Mueller would prove it through his probe which was released last year.

Mate wrote in The Nation that,

In the process, they overlooked countervailing evidence and diverted anti-Trump energies into fervent speculation and prolonged anticipation. So long as Mueller was on the case, it was possible to believe that “The Walls Are Closing In” on the traitor/puppet/asset in the White House. The long-awaited completion of Mueller’s probe, and the release of his redacted report, reveals this narrative—and the expectations it fueled—to be unfounded.”

Most recently, however, previously sealed FBI documents “indicate close contacts between Israel and the Trump campaign and that the Mueller investigation found evidence of Israeli involvement, but largely redacted it.” This was largely ignored by the same outlets peddling Russiagate.

Mate argues, “the real Russiagate scandal is the damage it has done to our democratic system and media.”

Aaron Mate joins us to explore all of this and how four years of Russiagate propaganda has been the gift that keeps on giving for both the Trump administration and the Democratic Party, gift that pushed progressives to the right by promoting Cold War propaganda and taught them to love Bush-era neocons and a murky intelligence community mired in corruption.