HOME / WORLD / Op-Ed: The pundits were wrong about Assad and the Islamic State. As usual, they’re not willing to admit it

Op-Ed: The pundits were wrong about Assad and the Islamic State. As usual, they’re not willing to admit it 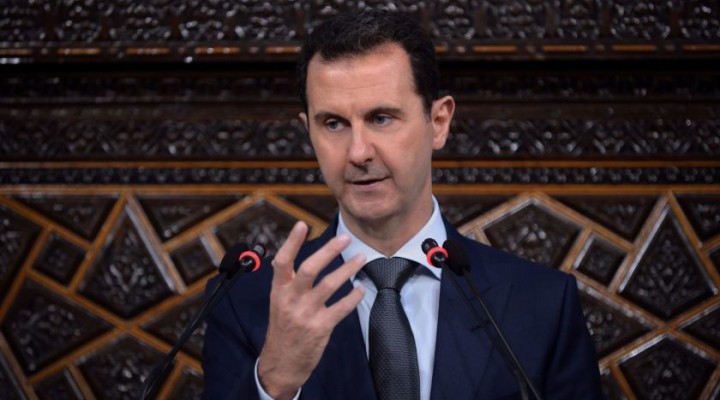 By MAX ABRAHMS AND JOHN GLASER-

The Islamic State is a shadow of its former self. In 2014, the extremist group seemed to make substantial inroads in achieving its stated goal of a caliphate. It boasted tens of thousands of fighters and territorial control over an area roughly the size of South Korea. By almost every metric, Islamic State has collapsed in its Syria stronghold, as well as in Iraq. As a former foreign fighter recently admitted, “It’s over: there is no more Daesh left,” using an Arabic acronym for Islamic State.

The rollback of Islamic State must come as a shock to the chorus of journalists and analysts who spent years insisting that such progress would never happen without toppling the regime of Bashar Assad — which is, of course, still standing. A cavalcade of opinion makers long averred that Islamic State would thrive in Syria so long as Assad ruled because the Syrian Arab Army was part of the same disease.

John Bolton, former United Nations ambassador under George W. Bush, insisted in the New York Times that “defeating the Islamic State” is “neither feasible nor desirable” if Assad remains in power. Writing in the Wall Street Journal, Sens. John McCain and Lindsey Graham asserted that “defeating Islamic State also requires defeating Bashar Assad.” Kenneth Pollack of the Brookings Institution prescribed a policy of “building a new Syrian opposition army capable of defeating both President Bashar al-Assad and the more militant Islamists.” Similarly, Max Boot, a contributing writer to this newspaper, argued that vanquishing Islamic State was futile unless the U.S. also moved to depose the “Alawite regime in Damascus.” Like other regime-change salesmen, he pitched a no-fly zone across the country to facilitate airstrikes against the Assad government, while boosting aid to the so-called moderate rebels.

For Islamic State, the “opportunity model” of terrorism was always a better fit than the “grievance model.”

Prominent Syria analysts also claimed that Assad supported, even sponsored Islamic State. CNN’s Michael Weiss pushed the line that Assad and Russian President Vladimir Putin would not fight Islamic State and that Syria and Russia were the group’s “unacknowledged air force.” His co-author, Hassan Hassan, contended that the Syrian regime must go because “Assad has never fought [Islamic State] before.”

For a while, everywhere one looked, the media was peddling the same narrative. The Daily Beast described Islamic State fighters as “Assad’s henchmen.” The New York Times promoted the idea that “Assad’s forces” have been “aiding” Islamic State by “not only avoiding” the group “but actively seeking to bolster their position.” Time parroted the pro-regime-change line that “Bashar Assad won’t fight” Islamic State.

But these popular arguments were, to put it mildly, empirically challenged.

The case for regime change in Damascus was reminiscent of the one cooked up for Baghdad in 2003: Interventionists played on American fears by pretending that the strongmen were in direct cahoots with Salafi jihadists (the ultra-conservative movement within Sunni Islam). The evidence of Assad sponsoring Islamic State, however, was about as strong as for Saddam Hussein sponsoring Al Qaeda.

As the Syria expert Aymenn Jawad Al-Tamimi noted in February 2014, Islamic State “has a record of fighting the regime on multiple fronts, including the Sheikh Said area of Aleppo province, Kwiris military airbase (where an offensive is ongoing under the leadership of muhajireen battalion Suqur al-Izz, in coordination with the Green Battalion, [Islamic State] and Jabhat al-Nusra), Nubl and Zahara, Brigade 17 airbase in Raqqa province, Tabqa military airport, Qalamoun, Sayyida Zainab, Sakhna in Homs desert, the Qamishli area, and Latakia province. Besides these locations, one should also remember [Islamic State’s] leading role in the capture of Mannagh airbase.”

Equally contrary to analyst predictions, the group imploded right after external support for the “moderate” rebels dried up. The weakening of the rebels was a major setback for Islamic State because Assad could finally focus his firepower on the group. Fewer weapon shipments into the theater, moreover, meant fewer arms fell into the hands of Salafi jihadists.

How strange, then, that we haven’t heard many pundits acknowledge their mistakes; they’re not itching to atone for having almost forced another regime-change mission based on discredited analysis.

The now-defunct conventional wisdom was not only stubbornly anti-empirical, but unmoored from the political science literature. With few exceptions, international relations scholars seemed content to stand back and watch think tank pundits do the day-to-day Syria analysis while ignoring the red flags dotting the research landscape.

Some of the best political science research over the past couple of decades finds that militants are less likely to emerge in response to political grievances than from propitious conditions for them to organize. For Islamic State, the “opportunity model” of terrorism was always a better fit than the “grievance model.” After all, this is a group that set up shop in the desert, far away from the Syrian military; preyed on soft targets like the Yazidis who never oppressed the Sunni population; and planted affiliates in countries known not for their anti-Sunni government, but the lack of a functioning one.

As in Iraq a decade earlier, regime change in Syria would have created the ultimate power vacuum for Islamic State to flourish.

Moreover, the notion that pumping arms and fighters into Syria would mitigate the unrest is actually the opposite of what study after study has established. The conflict literature makes clear that external support for the opposition tends to exacerbate and extend civil wars, which usually peter out not through power-sharing agreements among fighting equals, but when one side — typically, the incumbent — achieves dominance.

The Realist paradigm reminds us that the U.S. need not share the same ideology of a nasty international actor to countenance working with him against a mutual foe. With its sensitivity to overspending and blowback, Realism also emphasizes the dangers of militarily picking foreign governments around the world.

Although the Islamic State’s caliphate is dead, Assad’s war on terrorists in Syria is very much alive. Let’s hope future analysis of this conflict avoids the kind of anti-empirical ideological advocacy that helped give rise to Al Qaeda in Iraq and then Islamic State in the first place.

Max Abrahms is a professor of political science at Northeastern University and a term member of the Council on Foreign Relations. John Glaser is director of foreign policy studies at the Cato Institute.

0 thoughts on “Op-Ed: The pundits were wrong about Assad and the Islamic State. As usual, they’re not willing to admit it”