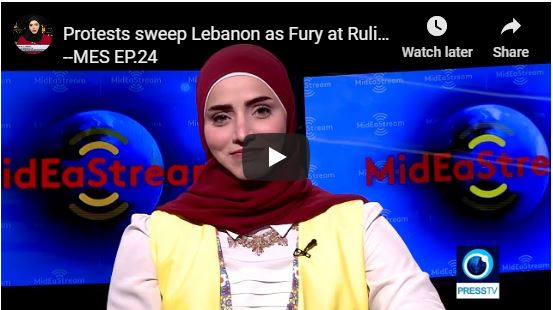 Protests have engulfed all of Lebanon as demonstrators demand an end to the rule of the corrupted oligarchy.

The protesters’ compass of wrath towards the fundamental flaw: the banks’ policy, which contributed to the accumulation of wealth of large depositors at the expense of the middle and poor classes.

We discuss this segment with Ali Mourad Journalist and Political Commentator. Meanwhile, the Turkish aggression continues in Syria in parallel with the Syrian army’s entry into new areas in al-Hasakah countryside towards Ras al-Ain.

At the same time, the Pentagon announced that the US will continue their withdrawal from the region, and will not be part of the so-called “safe zone”. We discuss this segment with Dr. Can Erimtan Academic and Journalist.