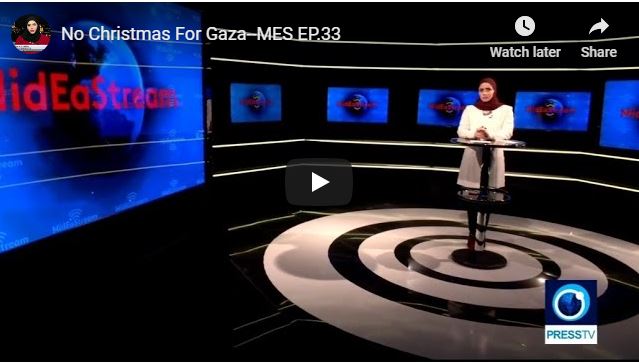 Last week, in an upgrade to Israel’s apartheid policy, Christians in the Gaza Strip were banned from visiting Al-Quds, Bethlehem, Nazareth and other holy cities that draw thousands of pilgrims each Christmas.

As of the morning of Dec. 23, however, and after extensive pressure against Israel’s continuous policies to repress Palestinians, the Israeli occupation regime reversed its ban and gave permits for Gaza’s Christians to visit holy sites in the occupied territories. We discuss this segment with Reverend Dr. Andrew Ashdown priest at the Church of England.

Meanwhile, Lebanese President Michel Aoun tasked former Education Minister Hassan Diab with forming the country’s next government after he received the majority of nominations during long-awaited talks with members of parliament. We discuss this segment with Dr. Hussein Gharbieh academic and political commentator.

0 thoughts on “No Christmas For Gaza–MES EP.33”