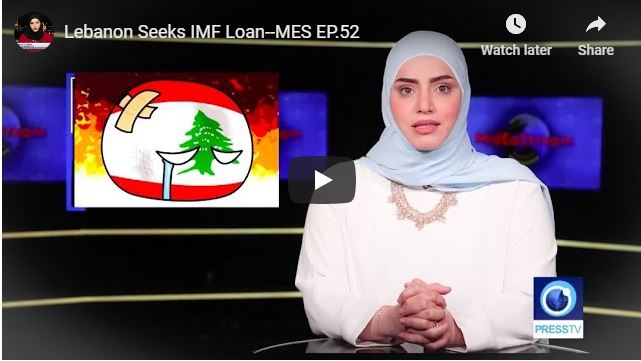 Lebanon plans to seek International Monetary Fund aid after approving an economic rescue plan setting out vast losses in its financial system as it aims to chart a way out of a crisis seen as the biggest risk to stability since the 1975-90 civil war. Many are skeptic that the IMF conditions will only make things worse. To discuss this issue with us from Beirut is Ali Mourad, political commentator.

At least 10 Iraqi fighters from the Popular Mobilization Forces, also known as Hashd al-Sha’abi, have been martyred in an attack on Saturday by the Daesh Takfiri terrorists in Iraq’s Salahuddin Province. PMF fighters have since then taken control of the area in preparation for a possible retaliatory attack. ISIS hits Iraq again in this following report. To discuss this issue with us from Tehran is Dr. Mohammad Marandi, professor at Tehran university.