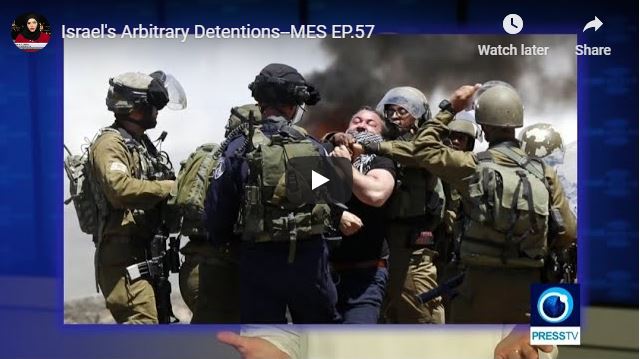 Tough Israel regularly arrests Palestinians and keeps them under illegal detention for months, the number of such arrests have risen in the last couple of months. In complete violation of all established human rights norms, Israel has continued the practice of holding Palestinian detainees without any charge or formal trial for months before they are formally charged with baseless accusations and unfairly tried or released.

To discuss this issue with us from Madrid is Alberto Garcia Watson, activist and member of the International Solidarity Movement.

Dozens of people in the southern countryside of Syria’s northeastern province of Hasakah have staged a rally in protest at the arbitrary practices of the militants affiliated with the so-called Syrian Democratic Forces (SDF), demanding the withdrawal of the US-backed Takfiris from the area. Syrians clash with US-backed SDF militants in this following report. To discuss this issue with us from Berlin is Kevork Almassian, founder of Syrian Analysis news website and youtube channel.