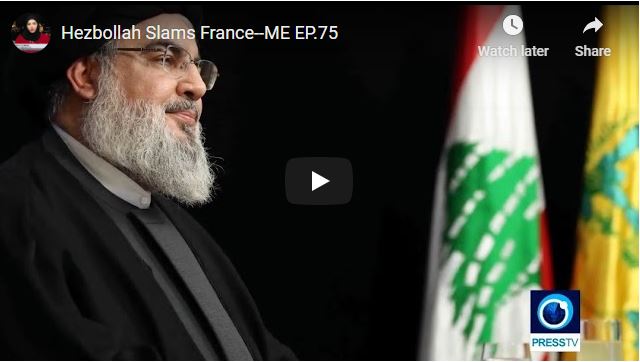 Hezbollah Secretary General Sayyed Hassan Nasrallah responded to French President Emmanuel Macron’s disrespect of the Lebanese people, highlighting that he should respect the Lebanese people’s dignity when talking to them. Sayyed Nasrullah accused President Macron of practicing intimidation against the heads of Lebanese parties in order to pass a new government that eliminates the parliamentary blocs. To discuss this issue with us from Beirut is Ali Mourad, political commentator.

A series of rockets were launched at a base hosting US-led coalition forces inside Erbil International Airport in Iraq’s semi-autonomous Kurdistan Region, however causing no damage or casualties. The attack in Erbil, a rare target for rockets, is considered a serious escalation by Iraqi officials and it came hours after Iraq’s prime minister had pledged to improve protection of foreign missions in his country. To discuss this issue with us from Malmo is Feras Ali, political commentator.