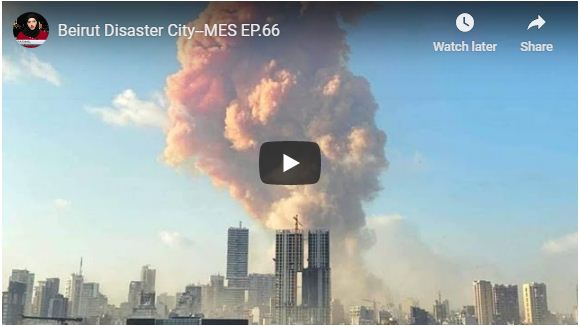 A massive blast that ripped through the port in Lebanon’s capital, Beirut, killed dozens, wounded thousands and damaged buildings across a country grimly familiar with upheaval. Officials have said it was caused by the detonation of chemicals stored there, without saying whether it was an accident or an attack. The tragedy piles yet another layer of hardship on a country already reeling from the worst financial crisis in its history and struggling to contain a growing coronavirus outbreak. To discuss this issue with us from Beirut is Dr. Jamal Wakeem, university professor.

The footage of the destruction of Beirut’s port has shocked the world, but Lebanon’s long-suffering population are already dealing with the fall-out of an economic explosion that has tipped the country into hyperinflation. A ruined city once dubbed the “Paris of the Middle East” now serves as a horrendous metaphor for an economic collapse triggered by decades of financial and political mismanagement, and endemic corruption. To discuss this issue with us from Beirut is Dr. Nasri Harb, economist at USAL university.