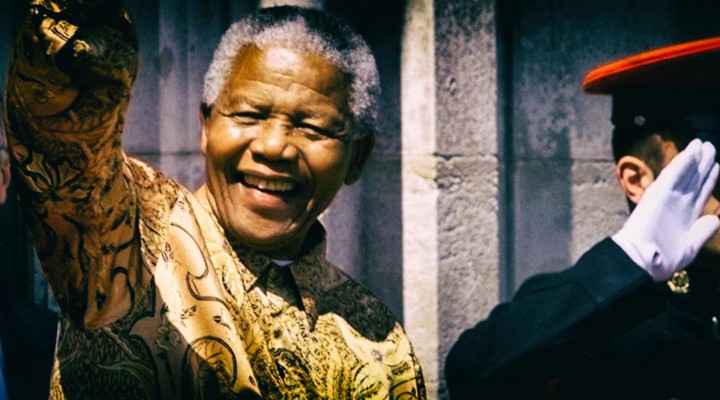 Daily Maverick-The British files, released under the country’s declassification rules, show that UK officials sought “to take some of the heat out of the sanctions debate” that raged after the hanging of Ken Saro-Wiwa and eight other members of Nigeria’s Ogoni community.

Saro-Wiwa had led a non-violent protest campaign against pollution by Anglo-Dutch company Shell and other energy firms in the oil-rich Niger Delta. The so-called “Ogoni 9” were executed on 10 November 1995, following a military tribunal that was condemned internationally, especially by South Africa’s President Nelson Mandela.

Britain’s prime minister John Major publicly criticised the executions, which he described as “terrible” and claimed he wanted to see “a fundamental and lasting change in the way Nigeria is governed”.

However, behind the scenes officials in his government worked to prevent sanctions being imposed on Nigeria’s oil industry and protect Shell’s investments in the country.

The files show that a day before the executions, British officials compiled a summary of UK investments in Nigeria, concluding that these were worth up to £5 billion. Shell topped the list of “major UK investors”, producing half of Nigeria’s two million barrels per day output. The company was also said to be “interested in Nigeria’s gas reserves” and was on the verge of “the largest industrial project in Nigeria this century”, one file states.

Immediately after the executions, British officials listed possible international sanctions that could be imposed on Nigeria, ranging from a sporting ban to stopping arms exports.

However, under the heading “other options with greater risk to UK interests”, the officials listed a “freeze on financial assets of Nigerian leaders, trade sanctions” and an “oil embargo”.

Three days later, on 13 November 1995, Sam Sharpe, the private secretary to foreign secretary Malcolm Rifkind, reiterated UK reservations about an oil embargo. He told the prime minister’s office that “we believe we should hold in reserve for the time being any measures of this kind—which would of course place a disproportionate burden on the UK because of our close ties with Nigeria”.

Major’s private secretary, Edward Oakden, similarly warned that Shell’s commercial interests were at risk and that a trade embargo “would hit the UK disproportionately hard”.

Mandela phoned the prime minister the following day, appealing to the UK to “cut off trade” with Nigeria in order to “exert real leverage”. In response, Major told Mandela that “we would consider this” and that he “did not have a closed mind about trade sanctions”.

But the files suggest Major was being disingenuous in his conversation with Mandela.

A briefing note prepared for the phone call by Oakden, his private secretary, reiterated senior officials’ reservations about an oil embargo, noting they “would not be enforceable” and that there was “strong UK commercial interest against this: Shell”. It added that the foreign secretary “thinks we should try to hold the line” against sanctions.

Oakden’s summary of the phone call disparagingly referred to those “unhelpfully stirring the sanctions pot” and referred again to the “big UK commercial interests involved”.

On 18 November 1995 the British government received a letter from Mandela, again urging Major “to take the lead in advocating oil sanctions”. The prime minister was “not keen on the idea of oil sanctions”, another of his private secretaries wrote.

Yet when Major replied to Mandela on 28 November, he reiterated that “we have not ruled anything out at this stage”, also suggesting that oil sanctions were unlikely to garner international support. Major did not mention British commercial interests in Nigeria.

Over the next few weeks, Whitehall continued to resist international pressure for an oil embargo, particularly from Mandela.

Shell has long been accused of complicity in the executions of the Ogoni 9. In 2016 four widows of the murdered activists took the company to court in the Netherlands demanding compensation.

The declassified files show that British officials were in “close touch throughout the crisis” with Shell executives and concerned about the company’s “public relations posture”. The UK High Commission in Lagos even swapped notes with the managing director of Shell Nigeria the day after the executions, commenting that the company was “obviously very concerned that Ogoni hot heads could react to targets of opportunity”.

Conservative peer Lynda Chalker, the then minister for Africa, also met senior Shell executive John Jennings in person a week after the executions. Jennings was reported by a British official to have lamented that: “Shell had not so far been very successful in getting their message across to the public”. He said he was aware that Greenpeace and the Body Shop were “planning a strategy meeting aimed at bringing about a consumer boycott.”

Chalker responded by suggesting that the company should “broadcast the facts about their wider contribution in Nigeria” and assured him that the UK was “resisting pressure coming from the South Africans and some European partners for further economic sanctions.”

She also asked Jennings if the British government could share with Mandela a letter written to prime minister Major by Shell, expounding on the company’s claims about its positive impacts in Nigeria. A British official noted, “It should be passed to him [Mandela] but not specifically by us. We don’t want to appear to be endorsing Shell’s position”.

Shell’s letter to Major insisted that “the emotional charges of environmental devastation that have been laid at the door of Shell in Nigeria … are false and misleading.” It also blamed most of the oil leaks in the Ogoni area on “sabotage” and stated that Shell was spending $120m on environmental, health and education projects in Nigeria that year.

Downing Street appeared impressed by Shell’s argument, with Edward Oakden saying he was “struck by the size of Shell Nigeria’s annual expenditure on environmental projects”.

Oakden then considered whether the UK could argue against sanctions on Nigerian oil by deploying the same argument used by the British government to oppose a trade boycott of South Africa’s apartheid government: that such an embargo would “hit hardest the poor people least able to cope.”

Mandela’s call for an oil embargo was echoed by Sweden’s social democratic government, which urged the European Union to go further than simply introducing visa restrictions and an arms embargo on Nigeria. Swedish diplomats said they wanted “a package of sanctions which would make a real impact on the Nigerian regime, not just play to the domestic gallery.”

British diplomats were furious with this demand. One wrote: “Bloody cheek, Swedish – Nigerian trade = 0”. Another claimed it was “The Swedes at their sanctimonious worst. They used to behave like this over South Africa.”

Another disgruntled British official remarked: “Unbelievable. On second thoughts, all too believable. I constantly underestimate the Nordic capacity to posture, while others bear the practical consequences.”

Nigeria’s military ruler General Abacha died in June 1998 before the international community could reach agreement on oil sanctions, with the EU debating the matter again just days before he passed away. DM