HOME / WORLD / Lebanon protests: How the Washington Post got it all wrong 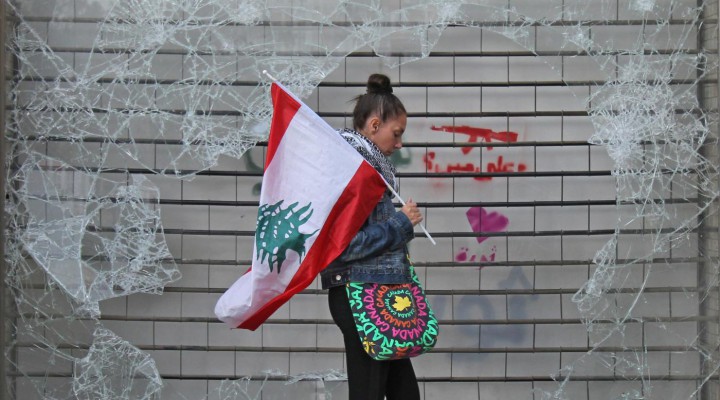 David Ignatius is an excellent writer, but it seems he is excelling more as a novelist than as a foreign policy columnist.

His recent Washington Post column on Lebanon once again demonstrates the difficulty that leading US commentators appear to face in understanding, and offering their readers a realistic assessment of, the situation in the Middle East.

Some may wonder about the identities of the “Lebanese politicians and security officials” that Ignatius describes from Beirut. They are likely the usual suspects, those who for years have fed Washington with erroneous or distorted assessments of the region – part of a larger group of Arab elites who cleverly manipulate their American masters.

This might also explain the turmoil and the failure of Pax Americana in the Middle East. While Ignatius’ interlocutors “feel sorry for America”, the worrying reality – as he clearly reflects – is that they are concerned over the possibility of being “discarded by the United States”. Better late than never, if this were true.

The disastrous governance these same people have inflicted upon Lebanon in recent decades is why massive protests have broken out among an exasperated Lebanese population.

The suggestion in Ignatius’s piece that the withdrawal of US support for its allies in Syria “all but guarantees an eventual victory there for the alliance that includes Iran, Russia and the Syrian regime of President Bashar al-Assad” appears largely disconnected from reality. This “eventual victory” has already taken place, despite the US and its allies, and well before Donald Trump decided – for the second time in his presidency – to withdraw the small US military contingent from the country.

The column argues that what has helped keep Lebanon’s precarious political structure alive has been the “belief that the United States, in the end, wouldn’t let the country be dominated entirely by enemies of the West”.

Unfortunately, the acts of various US administrations have largely disproved this view. Otherwise, Hezbollah would not always have been able to make its interests prevail in the Lebanese political arena, from blocking the formation of the government to the election of President Michel Aoun, to name just two recent examples.

As to Ignatius’s suggestion that the US “double down on Lebanon”, we must hope – in light of the recent outcomes of US doubling down in the region – that this will go unheard, for the sake of the Lebanese people.

How can Ignatius imagine that the same Lebanese political personalities that Washington has supported for so long – and who have stripped the flesh off the country for decades – could put in place the bold economic reforms necessary to save the country from the abyss?

His column conveys a legitimate concern for Lebanon’s possible collapse, but frames this from the dangerous perspective of “another failed state … on Israel’s border”.

Ignatius suggests that the US should encourage Saudi Arabia, the UAE “and other regional powers that oppose Iran to put more money into Lebanon, too.” He adds that the United States “needs to convince the Gulf states that their money won’t just disappear down the drain of Lebanese corruption.”

He should reconcile himself with the strong possibility that the Gulf states – and probably the US as well – could be reluctant to put more money into Lebanon, now realising that it will “disappear down the drain”, as has always happened. The US and Gulf cows are likely not available to be milked anymore.

Ignatius argues correctly that Lebanon should be “able to assert its sovereignty, starting with borders”.

Yet his column does not mention that the state that has violated Lebanon’s sovereignty the most has been Israel, with continuous incursions by its air force. He emphasises only the necessity to “establish a real, smuggler-proof border with Syria”. How Lebanon’s ‘circus regime’ has started to crack

Ignatius certainly has a point in proposing that Washington “should push to resume back-channel negotiations to define a land and maritime border between Lebanon and Israel”. Yet, if the US were to conduct this mediation with the same “impartiality” displayed so far in “assisting” the Israeli-Palestinian dialogue, Lebanon would be doomed.

The column also advocates the privatisation of telecommunications and electricity utilities to raise billions for the state’s empty coffers. Here, too, the naivete is moving. To believe that privatisation, given this government’s record, would safeguard the public interest is ludicrous. More likely, the value of these companies would be deliberately lowered to sell them at clearance prices to the same vultures who have robbed Lebanon for decades.

Ignatius concludes that Hezbollah is “the chief enemy of a strong, sovereign Lebanon” and that it “profits from chaos”. He is soundly disproved, even on this point, by Hezbollah’s position supporting the survival of the current government. It would not be surprising if Washington soon renewed its own odd partnership with the Party of God.

Igantius’s column is definitely not one of his best works of fiction.

0 thoughts on “Lebanon protests: How the Washington Post got it all wrong”