HOME / WORLD / How US and UK elections could redefine the West 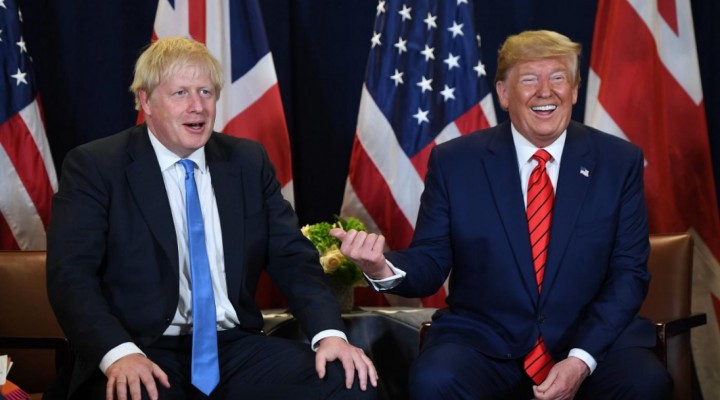 Over the next 12 months, two elections – in the United Kingdom on 12 December, and in the United States in November 2020 – could define the West for the coming decades.

Their outcome could end the era of neoconservatism and neoliberalism initiated four decades ago by former UK Prime Minister Margaret Thatcher and former US President Ronald Reagan; both inspired a conservative revolution that has transformed our societies.

Their policies contributed to the Western victory in the Cold War, and their economic recipes created high economic growth. They put aside Keynesianism and the welfare state, promoted economic deregulation and free market logic, and pushed for privatisation. The adverse effects were seen in the 2008 financial crisis and its massive consequences: huge inequality, many precarious jobs with subsistence wages, and the richest one percent versus the rest. Today, a global revolt against neoliberalism is underway.

Curiously, the US has pragmatically shown the capability to ignore the same precepts of liberal orthodoxy it has advocated elsewhere, while continuing to blame those countries attempting to escape International Monetary Fund-backed austerity measures.

Unfortunately, since 2008, Europe has not shown the same pragmatism. It has instead confirmed its historical propensity for self-harm; thanks also to Germany’s obtuseness, the European Union has relentlessly imposed austerity policies on its members, jeopardising its own foundations and solidarity values, as well as citizens’ trust.

It appears unlikely, though not impossible, that Jeremy Corbyn’s Labour Party will win the UK election, while the left wing of the US Democratic Party – particularly Elizabeth Warren and Bernie Sanders – could prevail in the US presidential nomination. This prospect is so alarming that even former President Barack Obama has felt the necessity to warn of such an eventuality.

If far-left victories in both the US and UK should materialise, this would represent a complete disavowal of the last four decades of policies adopted in both countries.

The new leaderships would promote a more substantial wealth redistribution from rich to poor, and more attention to environmental concerns. They would advocate a more empathetic capitalism – finance at the service of the economy, and not the other way around, as has been the norm in recent decades. To oversimplify, Main Street would finally prevail over Wall Street.

Between Corbyn’s socialism and the policies of Prime Minister Boris Johnson, who with Brexit aims to turn his country into a huge Singapore on the North Sea, the distance is astronomical.

Across the Atlantic, the gap is perhaps less stark, but polarisation and mutual delegitimisation between the two sides – especially the systematic smear campaigns against left-wing rising stars, such as Alexandria Ocasio-Cortez, Rashida Tlaib and Ilhan Omar – are perhaps even more pronounced and more worrying.

Should a left-wing Democrat win the nomination and defeat Trump in 2020 – still a big if – a more realistic approach on foreign policy could be introduced after years of Trump’s global vandalism. In the Middle East, this would mean reviewing the bankrupt policy towards Iran, showing more empathy and understanding for the Palestinians’ plight, calling Israel to account for the stalemate in the peace process, and stopping blind support for reckless Arab autocracies.

This would mean a revolution compared with how the US and UK have have acted in the Middle East for decades. The shock to the US and UK foreign policy and security establishment would be immense. It would trigger a massive backlash, with accusations of appeasement to terrorism and of antisemitism.

In the UK, this defamation campaign is already underway at full speed, with allegations of antisemitism levelled against Corbyn by a significant number of Jewish organisations. If their concern was really over antisemitism in the UK, they would have levelled it at the Conservative Party, where the chances of antisemitic sentiments being cultivated are far higher than in the Labour Party.

The reality is that a widespread effort is underway to change the meaning of certain words for political reasons. Antisemitism is a reprehensible form of hatred towards Jews, but in the US, UK and elsewhere, there is a dangerous attempt to equate it with legitimate political criticism of the Israeli government.

Corbyn is thus under constant attack, not because he is an antisemite, but because he has dared to criticise Israel’s conduct against Palestinians – which, incidentally, is incompatible with that of a country that professes itself to be the only democracy in the Middle East. Corbyn is also under attack because he has dared to acknowledge that Palestinians must also see their legitimate rights recognised and fulfilled.

Beyond the Middle East, the two upcoming elections could also shape the Western response to other global challenges that lie ahead. In the context of what appears more and more to be a new Cold War in the making, again involving Russia and China, the greatest challenge will be primacy in high technologies, exemplified by the tough US-China competition on 5G and artificial intelligence.

Soon, technological innovations could make a significant portion of the US and EU active workforces superfluous. In such a nightmare scenario, any ideology or economic recipe is likely to be overwhelmed. Pragmatic, shared and multilateral solutions inspired by common sense will become imperative.

It will become impossible to manage major challenges, such as job creation, trade, development, climate change and migration by trusting only neoliberal recipes attached to the now-discredited Western exceptionalism.

The G7 is clearly inadequate, while the G20 might be excessive; a G10 including Russia, China and India could be a good compromise. But to get there, primary actors would have to put aside their Manichaean visions, which are undermining their capability to act with wisdom and, possibly, for the many and not the few.

Current Anglo-American leftist political forces seem more intellectually endowed to avoid the threat of a new cold war; they appear more open to dropping old-fashioned cliches based on an alleged – and in any case crumbling – moral superiority.

Euro-Asian autocracies, meanwhile, should play the game seriously and fairly, stop sowing discord, and above all, abstain from taking advantage of the chronic Western tendency to serially make counterproductive mistakes. In other words, those with more intelligence should use it.