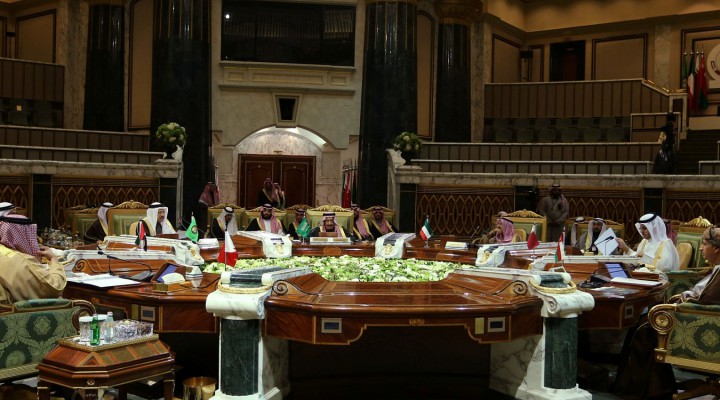 The 40th GCC summit held in Riyadh on December 10th has not achieved the expected breakthrough in the rift the organization is experiencing since June 2017 with the marginalization of Qatar, but it could be remembered as the one that initiated the thaw among its members. Of course, nothing is reflected in the deadly-boring Summit final communique.

Although invited, Qatar’s Emir Tamim preferred to send his Prime Minister; maybe he suspected that the Summit was destined to be important but not crucial, considering the enduring UAE reluctance toward a compromise which does not appears in its interest (the Summit, scheduled in Abu Dhabi, was then purposely moved to Riyadh). Last week, during Rome MED Conference, Qatari Foreign Minister had hinted to an improved atmosphere together with positive developments already in the making.

The tensions with Iran, the impasse in Yemen, the threats to maritime traffic and oil facilities in the Gulf, and, most of all, the unchanged Qatari policies, its good PRs capabilities to offset the imposed isolation and the poor effectiveness of the sanctions adopted against Doha (apparently even counterproductive), may have finally prompted a reconsideration of the zero-sum game policies pursued so far.

Furthermore, it would be naïve to believe that the US maximum pressure towards Iran may produce lasting results if GCC’s members, its main partners in the area, are more engaged confronting each other than acting as common front against Tehran.

Difficult to say whether this hoped-for thaw is also the result of a behind-the-scenes action by Washington. Trump Administration does not seem talented and sophisticated enough for skilled and nuanced diplomatic mediations in the Middle East. Differently, it would be a quite welcome evolution that could also bode well for highly needed changed US attitudes on other dossiers in the region.

The reciprocal concessions to seal a possible deal will only emerge in a few months’ time; only then will it be possible to conclude who, if any, may have succumbed to the tug-of-war. A frantic activity will be anyway displayed to save the face of all the main actors involved.

Saudi Arabia seems more interested in a well performing ARAMCO IPO and in an exit strategy from the Yemeni dry-swamp, Bahrein will align to Riyadh no matter what, Qatar needs a normalization also in view of 2022 Soccer World Cup; as to the UAE, when it is necessary its smart rulers act with wisdom, as shown with Iran. Kuwait and Omani see their mediation and moderation vindicated. As to the best supporting actors in the play, Egypt and Jordan, they have enough problems at home and in the immediate neighborhood for bothering with those of their Gulf’s partners.

Even before assessing how relaunching GCC, its members should not underestimate however other concerning signs coming from the region, where hundreds of thousands of people have been protesting for weeks in the streets calling for change. They would be one more time naïve in believing the American narrative that it is framing these protests as only an anti-Iranian revolt. The best living conditions the GCCs guaranteed to their citizens should not also lead them to over-confidence. Every protest has its own peculiarities, but what is emerging – pointed out also by widespread protests in Europe and Latin America – is a global revolt against perceived neo-liberal elites ruling (quite badly!) the world. Who more than a royal house lends full meaning to such a term as elite?

As to one of the main complains against Qatar, its support to the Muslim Brotherhood (Ikhwan), maybe Doha’s royal family original sin has been its ability to read the tea leaves much better than others: the claim by leading GCC members that the oldest and most widespread movement of Sunni political Islam should be uprooted appears unrealistic. Those who argue that there is no difference among the Ikhwan, Al Qaeda and ISIS are supporting an oversimplified view. On the contrary, engaging Muslim Brotherhood is probably the best remedy against its possible drift toward more fanatical and dangerous strands of militant Islam. If the price Doha will pay for a détente will be the abandonment of the Ikhwan is not certain yet. The devil, as usual, will be in the details. But will it be a wise choice? Turkey would remain then the main, maybe the only, country supporting it.

Are GCC members and supporters truly convinced to give to Ankara such an exclusive influence on the main movement of political Islam that is destined to survive anyway?