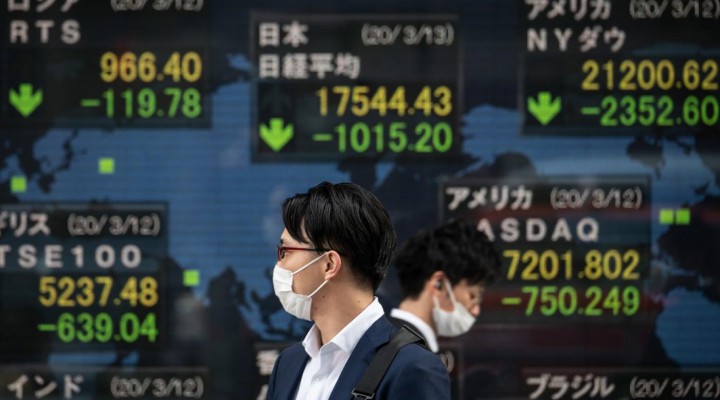 The coronavirus pandemic appears to be shadowing, and simultaneously catalysing, dynamics and events that are affecting the regional and global balance in an already changing international order.

Russia has once again curbed Turkey’s ambition to decide the future of Idlib and what remains of the Syrian insurgency.

Saudi Crown Prince Mohammed bin Salman has further cracked down on royals and public servants, in a move to pre-empt a potential coup or to prepare his ascension to the throne, or both.

We have already seen that Saudi oil production can be halved with a single strike, and the risk now is that it may happen again. It is not clear yet whether the two recent decisions by bin Salman are in any way related, or whether they will backfire on him and his country.

Meanwhile, the coronavirus emergency has offered yet another life line to Israeli Prime Minister Benjamin Netanyahu, whose trial has been postponed to 24 May. Still, the possibility that he will maintain his current post through a COVID-19-driven national emergency government is tiny.

The virus is apparently hurting Iran more than decades of Western sanctions, pushing its government to put forward an unprecedented request for help to the International Monetary Fund. Could this pandemic be the straw that breaks the Iranian camel’s back?

From the perspective of Russia, where President Vladimir Putin is apparently preparing to stay in power until 2036, the timing of the oil war seems calculated to hit the US at a crucial moment, with its financial system teetering on the brink of collapse. In retrospect, US opposition to the Nord Stream 2 gas pipeline from Russia to Germany was probably not wise. Incidentally, Russia has thus far been essentially unaffected by the pandemic.

China and the West

China, conversely, has been highly affected by COVID-19, but it is now conveying the impression that it is recovering. While casualty numbers and the extent of the economic damage might have been underreported by the Chinese government, what counts is public perception: China fought a war against the virus, and it won it in two months, period. Will the US and Western Europe be able to do the same? Let’s hope so.

The pandemic has heavily affected Italy, and is now doing the same to the rest of Europe and the US. Stocks have plunged, and the economic landscape is terrifying, to say the least. No matter how many trillions of dollars the Federal Reserve pours into the system, how close the interest rate is to zero, or how strong the rescue package promised by the European Central Bank proves to be, the economic cycle is still spiralling downwards.

And there is still the notable exception of Boris Johnson’s United Kingdom, where his social Darwinism of tackling the virus through “herd immunity”, without a vaccine, could lead to mass death, especially among fragile elderly citizens – who, incidentally, comprise one of his key voting blocs.

In such a shocked political and economic environment, Donald Trump’s presidency in the US may be at an inflection point. He may lose the November election, with the not-particularly comforting likelihood that he would be replaced by Democrat Joe Biden, a typical – and unrepentant – exponent of the same establishment whose serial mistakes put the New York tycoon into the White House in 2016.

The global economy is experiencing a perfect storm: a supply-and-demand shock generated by the disruption of the main supply chains in China, together with the progressive halting of almost all economic activities in major world economies and a financial meltdown.

What happened after the 2008 financial crisis may pale in comparison to what could unfold in the months ahead.

It would be premature to affirm that this perfect storm will usher in a new era, as happened six centuries ago with the Renaissance after the Black Death decimated the European population. Yet, COVID-19 is already prompting the review of some political and economic taboos we have lived with for decades.

It took a pandemic to finally shake the EU supporters of austerity policies. Their totem stability pact budget constraints that have ravaged southern Europe over the last decade have finally been lifted, at least by the European Commission.

In the US and Western Europe, politicians are being forced to reconsider decades of neoliberal policies that have caused huge inequalities, along with widespread and systemic cuts to public and health services and, more generally, social security. Today, they may regret many of these choices; nevertheless, as usual, the price will be paid by the most vulnerable.

Looking to the future

For now, only a few preliminary conclusions can be cautiously advanced. Firstly, COVID-19 is not creating a global recession, it is simply accelerating it. The world economy was in an already fragile state, sustained by financial bubbles and huge consumer debt.

Secondly, watching the reactions to the pandemic, another virus is spreading alongside COVID-19: a global renationalisation of almost all neoliberal policies, including freedom of movement, and previously unthinkable state aid for businesses and workers.

Thirdly, four decades of free-market economic policies, unchecked globalisation, widespread inequality and social security cuts, may be approaching an inglorious end. The lessons of the 2008 financial crisis have been deliberately and unforgivably ignored; doing the same with the 2020 lessons is not an option.

It is not yet known how and to what extent, but it may be reasonable to assume that after this pandemic, the world and the globalisation we used to know will no longer be the same.

0 thoughts on “Coronavirus pandemic could reshape the global order”