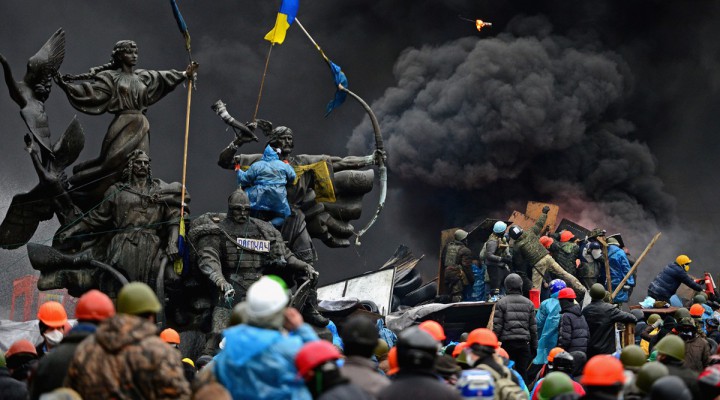 Colour revolutions and other forms of outside interference in state affairs are changing. This is both logical and natural, since government bodies adapt to change, find ways to counter threats, and retain the right to use legitimate force, which, according to Max Weber, is one of the features of the modern state. But no sooner do the world’s leading centres for interference and destabilisation start feeling for new vulnerabilities in state systems than there is yet another attempted coup or an attack on a state system. This kind of instability is not desirable for any country, since it could gradually weaken the immunity of sovereignty. As a consequence, the transformation of protest movements should be of particular interest since, by understanding their development, it will be possible to predict protesters’ and rioters’ course of action. The protests in Belarus show that this is not what happened there, and the authorities were forced to respond quickly to the situation.

For an adequate understanding of anti-government strategies, it is necessary to turn, first of all, to the methods used by those organising the protests and coups.

In his article “Protests and Principles“, Srđa Popović, a well-known activist, organiser of colour revolutions and executive director of CANVAS, writes that the ideological and geopolitical factors focussed on by the media are insufficient to fully understand what’s going on and evaluate the protests. He suggests paying attention to the structural conditions that differ in different countries, as well as the outcomes of movements. Popović concludes that the protests in recent years have shown a certain trend – “the traditional and institutional ways of creating change – elections, legal systems and dialogue with the elites – are insufficiently effective. So protesters have decided to utilize another form of power to force constructive change.”

Further on, he asks: “If geography and ideology don’t determine success, what does?” He outlines four key principles. One – a clear vision of the future. Two – a united opposition that should have a good understanding of who its allies are and who is neutral. Three – key pillars, which could be the media, business sectors, social institutions and government agencies (particularly security agencies that could be enticed over to the opposition). Four – attraction, which is a common element in many protest movements, since they position themselves as fighters of injustice.

At the same time, Popović admits that anger (and therefore also violence) is an effective tool for mobilisation, but it should be combined with hope, otherwise it will play a destructive role.

It is with a regretful sigh that Popović writes about the failed “revolutions” in Hong Kong and Venezuela, for which he partially blames the opposition. The problem with the former was the violence used against the police, and with the latter it was that Juan Guaidó put all his efforts into winning over the military and overthrowing Maduro with a coup.

In summary, Srđa Popović argues that initial conditions and context matter, but strategic skills matter even more. And it is difficult to disagree. After all, an initial flash of protest can be suppressed, activist cells can be liquidated, and crowds can be dispersed. And if there is no definite plan of action for how to act in a given situation, then any protest, whether peaceful or violent, will come to nothing.

Needless to say, the information in Popović’s article is for naive readers and written with the utmost care so as to rule out any possible accusations of anti-state activities. All the advice is given from the standpoint of protecting democratic values. Therefore, one needs to be able to read between the lines and draw conclusions from past coups.

From Ukraine’s Euromaidan in 2014, we know that hope can be rather deceptive and elusive. It hovers within touching distance during protests and is an additional incentive, but it never becomes a reality. Disillusionment and frustration do not set in until it is already too late, by which time power has fallen into the hands of those who immediately tighten the screws and have no intention of discussing anything with the people.

CANVAS, however, is an organisation that develops strategic action plans for particular countries. Judging by its recent online summer academy, CANVAS was actively involved in the overthrow of Bolivian President Evo Morales, supported protests in Sudan, Zimbabwe and Brazil, and has close ties with opposition groups in Malaysia, the Philippines and Georgia.

Popović’s views on the strategic planning of coups is shared by Peter Ackerman, former chair of the board of trustees of Freedom House, and board member of the Council on Foreign Relations and the NATO Atlantic Council. Ackerman believes that “the talented execution of even the simplest nonviolent tactics can alter the psychology of a population and the behavior of a regime.” He also believes that the consolidated efforts of hundreds of small organisations can have a cumulative effect and make it look like there is a unity of opinion and effort. This explains why, in Ukraine, the West actively supported both the radical nationalists and the liberals, which is basically like crossing a grass snake with a viper, given that these two groups have radically different ideologies. A similar situation can be seen in Belarus, where the muscle was provided by home-grown nationalists (symbolism associated with Nazi collaborators during the war was openly used at protests), while representatives of sexual minorities were included on various opposition councils.

The International Center on Nonviolent Conflict, which was founded by Ackerman and whose headquarters are in Washington, does similar work to CANVAS. In partnership with Rutgers University (New Jersey), the centre has been running online courses for activists since 2012. These not only cover the theory of protest movements and provide specific examples, but also adapt new techniques. It is noticeable that the course developers are seeking out new frontiers in resistance movements – how to exploit culture and religion, or how to target corporations (since corporations can be state-owned, by focusing on a problem related to the company’s activities, attention can then be turned to the government itself).

The activities of another institution, the United States Institute of Peace, cover 52 states, and, in a number of countries (such as China and Iran), they are carried out indirectly, using local agents and manipulating facts to its advantage. Thus, a recent report on Russia’s interest in conflict zones states that “Russia’s activities in conflict zones usually directly or indirectly run counter to Western interests.” The truth, however, is that it is the West’s activities that run counter to the interests of Russia, which then has to respond in some way. Russia has no military bases in the Americas, whereas there are NATO bases and US troops on Russia’s borders. Russian troops are in Syria legitimately, whereas US troops in the country are effectively occupiers.

The Tavistock Institute in London is doing some fairly serious work in the field of social engineering and manipulation. Its main activities are carried out under the ruse of supporting self-organisation and human relationships. Thus, the Tavistock Institute began developing the sociotechnical systems theory in the 1950s, started putting it into practice in the 1980s, and is still using it now. The proliferation of perverts around the world under the smokescreen of tolerance is largely due to this organisation (an agenda being carried out under the politically neutral guise of “Group Relations”).

It can be seen from these examples that the locale for protest headquarters and for the systematic destruction of the foundations of national identity is the same – the West, chiefly America.

Along with attempts to maintain tactical flexibility during protests, one can often see adjustments being made in response to the circumstances. Thus, the slogan “Flowers are better than bullets” on the placards of Belarusian opposition groups is just a reworking of the slogan “Food not Bombs” used in the decentralised anti-war campaign that originated in the US in the 1980s before spreading to Europe. A branch of this movement appeared in Belarus in 2005 with the help of local anarchists. A feature of the movement is the distribution of vegetarian food to the poor and the homeless. Depending on who is behind the campaign, local political nuances are superimposed in a number of countries.

Many protest movements rely on creativity. So, on 14 April 2020, Polish feminists blocked the traffic on one of Warsaw’s main streets. Although the police issued large fines (upwards of €6,000) to many of the activists, no one is going to pay them, and the blocking of traffic was explained by the guidelines of the authorities themselves to observe social distancing of two metres due to the pandemic. In the end, and with the help of lawyers, the draft bills were passed to parliament, and a special commission has been appointed to review them. Thus, the feminists killed two birds with one stone: they managed to troll the government’s quarantine measures and also hold a protest that drew more attention to their activities (which are directed against conservatives, including for the legalisation of abortion and the support of sexual minorities).

One should also not forget the activities of individuals aimed at the destabilisation of various governments. Usually, they do it out of ideological beliefs, often using their own money and working with international contacts. One such individual is the French neoliberal philosopher Bernard-Henri Lévy, who actively supported coups in Yugoslavia and Ukraine, terrorists in Libya and Syria, and is currently helping Belarus opposition leader Svetlana Tikhanovskaya, who lost in the country’s recent presidential election.

George Soros’s son, Alexander Soros, is diligently carrying on his father’s work by serving as deputy chair of the Open Society Foundations. Recently, he has been making frequent visits to the Balkans, where he has been seen in the company of many senior politicians. In addition to Europe, Alexander Soros often visits Myanmar and is involved in projects in several African countries.

The activities of these people and organisations represent a multi-level international network with multiple dimensions of communication and hidden strategies prepared with an eye to the future.

Therefore, to establish an adequate response mechanism to current and future challenges, the activities of these groups, individuals and institutions must be monitored at the systemic level – constantly, thoroughly and comprehensively.

Soros Thinks That Germany Is A Greater Threat To His Plans Than COVID, Trump, Or China

“The Owner”: The Rise of Eduardo Elsztain and the Coming End of Argentina’s Democracy

0 thoughts on “The Evolution Of Protest Movements”