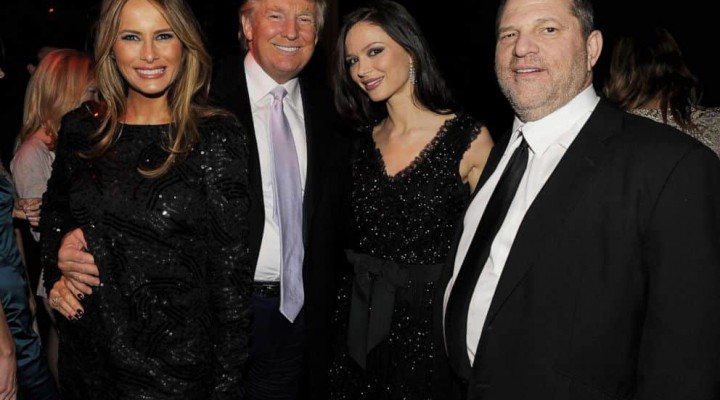 [ Editor’s Note: Gordon puts an uncomfortable issue on the table for us to ponder, which is, why does modern society especially those give a democratic vote so often end up with the dregs of humanity ruling over them?

People might not have willingly brought this upon themselves, but after it became obvious there was no circling of the wagons of our civic institutions to defend the home folks. As long as each one got cut in for a piece of the pie, they took a pass on having an “un-elite” ruling class.

I am not going to present a Dems vs the Repubs Trump analysis. The Democrat primary fight showed another deep flaw in our society, they’re not able to come up with qualified presidential contenders, but gave us this year the largest “C-team” that I can remember.

C-Team politicians, who have no demonstrated track record of having an iota of capability in running the US government in this tumultuous time are 100% dead giveaways for being the patsies for those with real power behind them.

We have all watched this revealed with Trump as openly as we have ever seen. Now we have the Bloomberg play for the Democrats to finish up their hari-kari act of political immolation for the 2020 race.

It’s like being in a dream of being strapped in a seat, forced to watch “Dancing with the Stars” when there are no stars. California’s governor is now pushing to criminalize any mention of “the Jews run Hollywood”.

Dear Mr. Governor, I have a large library on Judaica, scores of biographies and autobiographies of Jews not only admitting this from major conferences but the reading of a whole list of areas were “we rule”… naming the names with smiles beaming all around and chests pumped up.

And for the rest of us, what do we get? Is it to let ourselves be criminalized for agreeing what Jews have openly and proudly stated to be true? Would not a people who would bow down to such a cheap scam be unworthy of political, social, and even possibly their personal freedom?

Inquiring minds would like to know. Should we not broaden the child predator list to include others just as bad and dangerous, or more so? …Jim W. Dean ]

Weinstein, Trump, Epstein and the army around them, London, Tel Aviv, to be frank, they are everywhere, represent something none of us will survive.  Our overlords, whoever they are, and pretty much everyone now recognizes overlords of some kind exist, have put clowns in charge of the circus.

Are they here to prove to some alien race, real or imaginary, that mankind is a great evolutionary leap backward?  Any trip to a seat of government, certainly, any nation under the thumb of the Kosher Nostra, which means NATO to start with, is going to be run by freaks and weaklings.

After having begun like this, drawing in the occasional pudknockers and shit suckers who hit VT, we can move on. Get your laugh in now.

Yesterday, I took a whack at fake gender crap, something we are all sick of.  You can’t turn on a TV show without half the characters being transgender.  It isn’t real transgender people that are a problem, though I have never met one in 70 plus year but rather the fake ones and every high school in America has a “transgender” club that recruits openly.

After years of religious hypocrisy, orchestrated by the Kosher Nostra and esoteric Freemasonry, a mix of Al Capone and all the characters Peter Cushing played in those Hammer films in the 60s, which gave us Bush 43 and the Orange Orangutan, it has to be clear by now that the whole thing is a distraction, in fact, everything seen and read is distraction, none of it is real.

These are the reports we get on not just Weinstein but Trump as well.  According to Medscape, this is a largely Jewish anomaly, which can also show up in Italians and African Americans.

The issue is a medical one until it is also combined by psychopathy, then it becomes a criminal problem, one that now infects the entertainment industry and politics, not just as before, key Israeli political figures who are criminally insane but now, allegedly, the White House itself.

Of course everyone knows it ruled Hollywood under Weinstein and maybe still does under how many others?

What has become obvious, some of those suffering from this problem see it as a “mark of Satan” as it were, a license for mayhem and a justification for criminal insanity?

We will never know the facts, not just lawyers are hiding them behind NDA’s but Israeli intelligence is as well.  Black Cube and others, all Mossad trained and “off the books” intimidated witnesses against Weinstein while Google, Facebook and Wikipedia smeared them along with the MSM.

Trump’s backers, the full weight of the Deep State, is much more powerful but, in the end, Trump’s best friend, Jeffrey Epstein, had to be thrown to the wolves and then put in a Mossad controlled New York jail by William Barr, where he could be easily murdered.

Now that Epstein’s murder is public knowledge, why is nothing being done?  Who runs New York?

Calling people with a genetic disorder ‘freaks’ is not just politically wrong, it is morally wrong.  But how do you deal with people who, for some other obviously genetic reason, and examining the Trump family history makes this clear as a bell, are much less than human anyway?

What makes them predators, and we don’t mean real predators, Weinstein and Trump or Epstein or the thousand more like them that run Britain through Freemasonry or those who populate Washington and make up much of Congress, the Supreme Court, the secret societies, their subgroups, the CIA, ISIS, al Qaeda…

…, not a Type A personality among them.  None are charming, not even like real psychopaths.  None are very intelligent, none are athletic, none are genuinely aggressive. How to they gain so much power?

Better yet, who chose them?  Who gave them the power?  Who do they serve?  Why do they seem to exist to humiliate the real achievers among mankind? Why can’t we “deal” with them?

Worse still, why do so many follow and admire psychopaths?  Worse than that, why are those who stand against psychopaths, and the dime store variety that run ‘the free world’ are hardly Hannibal Lecter types.  These are whining mama’s boys.

Standing against them are “tyrants” and animals, we are told.

0 thoughts on “Intel Drop: Victim Weinstein Grew Up in Shadow of Holocaust, Needs Saving Not Punishing”