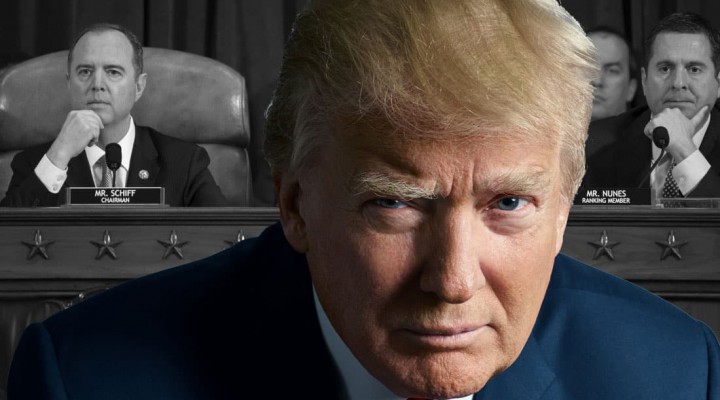 Whatever Trump has done, and the Democrats aren’t killing Trump, his own mouth did it, nothing done by Trump is one iota of what “W” did to the US.

Trump never crashed the markets, he has kept us out of wars and sometimes his heart, 3 sizes too small, seems to be in the right place.

The current process is going to do very bad things to the US. Around the world, it is clear that Trump is mentally unstable, that he is utterly corrupt, not to Netanyahu levels, but close and is likely “losing it.”

For Washington, however, nothing new here either.

I love the wall. When Goldwater suggested a wall in 1964, a campaign I worked on, columnist Arthur Hoppe said the following:

“Anyone who wants to build a 20 foot wall around the US can’t be all bad….”

The real issues? We have runaway debt based on a reorganization of the tax system that is bleeding the shrinking American middle class out of existence.

Few Americans are following Syria under now 100% censorship, not just news but total censorship of the internet, social media, youtube and now suggestions that personal email be scanned as well for information deemed false by America’s Israeli-controlled overseers.

The big issue is Syria, and that’s where Trump has shown his moral ugliness.

The US has done this before, in fact, done much worse. It isn’t just Trump but more “business as usual” with the snide Trump flourish.

What is being laid bare in America is more frightening. While Trump is overtly backing what the public is told is Israeli concerns, in actuality, an organized crime police state is descending on the US using Bush-era mechanisms — DHS, private prisons, detention of now several thousand natural-born Americans by ICE…

And now Trump openly wants to rent American military to South Korea, to Saudi Arabia, to anyone who will pay. I expect South Korea to simply ask us to leave, something long overdue.

As of this writing, Syria is in the process of drafting a new constitution. Iraq is being moved to do the same, though American mercenary provocateurs are trying to stage a civil war that would bring ISIS back to power with Saddam’s old Baathist criminal elites.

There is some brilliance behind this, albeit evil. Russia is being blackmailed, first by Turkey, then Trump; a fake arms race, even the START treaties of the 90s being tossed on the heap — another test to see which nation collapses in debt first, America or Russia.

The problem here, Trump, old as he is and at his weight — we wonder how long he has left, why does he need to steal so much?

And, for those watching the impeachment drama, anyone who can’t tell that the GOP mob is on the payroll of Kosher Nostra gangsters is too dim a bulb to be let out without their mom holding their hand.