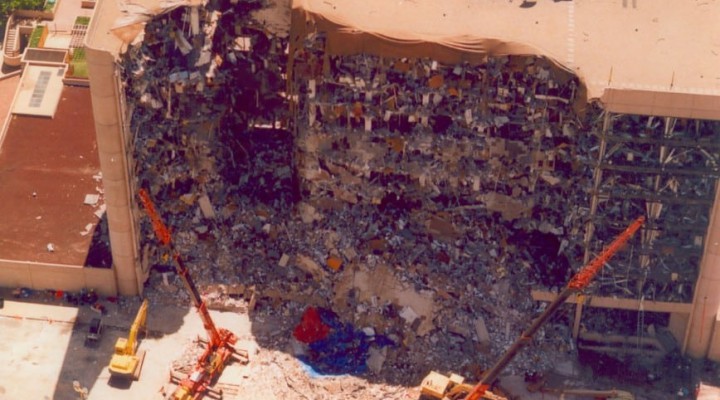 The protests in Michigan aren’t what they seem. Most believe this is a well financed GOP operation to discredit Blue State governors. That simply isn’t true, that’s the “deception and cover” operation. The Army is running it all.

Decades ago the Pentagon began seeding operatives into militia movements, starting in Michigan in 1992. The Oklahoma City bombing wasn’t FBI, it was exactly what it seemed, Tim McVeigh, US Army Special Forces (not just a Ranger), then the DC sniper, anthrax, think Boston Marathon, now you are beginning to understand.

Michigan has always been the playground of Army intelligence and their private corporate sponsors.  The Michigan Militia was once over 20,000 strong, with one political goal, to stop anti-smoking laws.

You see, the funding for the Michigan Militia came from Phillip Morris.  What is it Jim Dean says, “You just can’t make this stuff up?”

Friends in the FBI tried to expose this, the operation centered in Fort Huachuca, Arizona, a massive domestic surveillance and now insurgency, run through the US Army.

They uncovered a partnership between the drug cartels, Pentagon and key members of Washington’s establishment.  Audio below is a senior FBI official describing the operation. When I tried to play this for the Mueller interrogators, they got up and ran out of the room.

The root organization for the Defense School at Fort Huachuca began in the early 1980s at the Presidio, as the Army’s Psychological Warfare School under the command of then Colonel Paul Vallely and Michael Aquino.

It was at Presidio that the satanic pedophile ring in the US Army was exposed, so very partially.

It has all been put together over and over by Dr. Preston James and Thomas Mattingly:

Call us embarrassed.  VT loves the term “Deep State.”  It is clever and flashy.  We had no idea that the Deep State invented the term as a way of managing “public relations” for that marriage of rogue Pentagon “perfumed princes” and oligarchs who are now burying the US with (today’s official count of) 65,000 dead, (and a semi-official count of 92,000 dead).

We know multiple versions of COVID were released in France and Italy at the same time as China, and that managing the backstory, promoting the Wuhan biolab version while at the same time labeling it a conspiracy theory and pushing natural origin, is part of it.

You will see, over and over, how Trump is their tool and how Trump is manipulated to self-destruct as a destabilization program against the US.  Armed gangs in state houses, governors’ families threatened, their homes under siege, this isn’t a protest.

It was Jade Helm 2015 that convinced Governor Gregg Abbot to call up the Texas Guard to defend the state against the US Army.  The boys at Huachuca, who run the Jade Helm exercises, laughed when local papers blamed the Russians:

“A former director of the CIA and NSA said Wednesday that hysteria in Texas over a 2015 U.S. military training exercise called Jade Helm was fueled by Russians wanting to dominate “the information space,” and that Texas Gov. Greg Abbott‘s decision to send the Texas State Guard to monitor the operation gave them proof of the power of such misinformation campaigns.

Michael Hayden, speaking on MSNBC’s Morning Joe podcast, chalked up peoples’ fear over Jade Helm 15 to Russian bots and the American alt-right media [that] convinced many Texans [Jade Helm] was an Obama plan to round up political dissidents.’

Abbott ordered the State Guard to monitor the federal exercise soon after news broke of the operation. Hayden said that move gave Russians the go-ahead to continue — and possibly expand — their efforts to spread fear.” https://www.texastribune.org/2018/05/03/hysteria-over-jade-helm-exercise-texas-was-fueled-russians-former-cia-/

“At that point, I’m figuring the Russians are saying, ‘We can go big time,’” Hayden said of Abbott’s response. “At that point, I think they made the decision, ‘We’re going to play in the electoral process.’”

This year it is COVID 19 and China.  Is the US Army responsible for spreading COVID 19 like the Chinese claim?  The “duck test” says “yes,” and quite resoundingly.

VT has stumbled over a plot against civil authority in the US and Trump is being played into it, not realizing that it will come down to him buckling under or being murdered.  Yes, we very much believe we are dealing with people who will murder a president.

Jade Helm has many facets, one of them is QAnon.  There are others, a few billion dollars makes all things possible, aided by Facebook and Google Corporation and the partnership between JigSaw and the DIA.

ISIS and al Qaeda, laundered from terrorists to surrogates of Deep State destabilization efforts with full support and partnership of the US Army, CIA and Britain’s MI 6.

The US and Britain are currently rearming and redeploying ISIS in Syria, Iraq, Libya and Sudan. Behind this are the death squads, all through an army of contractors, and these military contractors are who we are seeing in the shadows in Lansing, Michigan.

Where we see Betsy DeVos, (who openly funds the demonstrations) we also see her brother, Erik, the “crown Prince” of the Deep State.  Are you paying attention?

They have done it before.  They kill lots of people and do so with impunity.

Some very strange things are going on and sources are, after some time, creeping forward.

A group within Army intelligence and the Defense Intelligence Agency, not really a “rogue command” as Colonel Hanke calls them, is involved in more than election interference but something closer to a military coup.

Not only is there no evidence that Trump is ordering this, as it began long before he got into politics, but that his failed presidency has long been supplanted.

The root authority began under Reagan, when it became clear to the neocons and their Israeli controllers that the CIA was not a reliable partner.  The result, long forgotten, was Iran Contra, weapons to Iran, drugs to America’s cities and billions in the pockets of the neocon operatives.

The “shadow Pentagon,” the one that Colonel Hanke addressed at the Damascus Security Conference in 2015, that marriage between banking, oil, pharma, the arms industry and the Freemason controlled intelligence agencies of Turkey, Israel and Saudi Arabia, currently controls the United States and has since 9/11, an operation they planned and executed.

The current move in Michigan is to bait Governor Whitmer to either call up the National Guard or the secret 600 man State Police “red squad” not seen since the Vietnam War protests in East Lansing in 1972.  (I am in the photo below, ‘Where’s Waldo?’)

Let’s get real, the governor of Michigan now has ten million people under “sort of” orders to “kind of” wear masks, which are useless against a virus.  Is she part of the game?  Is this all theatre?  If you don’t consider that, or even assume that to be the case, I can’t fix your problem.

Next we have to widen the game and look at possible COVID aftermath scenarios.

In order to sell the concept, palms had to be greased, and RDS is writing a book on this, how short sellers have made not billions but trillions, playing the markets with insider information as COVID is orchestrated through Trump buffoonery (possibly calculated), rigged testing figures and what our very real experts believe is a disease “roll out” done with expertise.

Don’t assume the Chinese don’t have a hand in the “blame China” scenario, we are dealing with plots within plots.

Donald Palumbo
Journal of the Fantastic in the Arts
Vol. 8, No. 1 (29), Special Issue: Selected Papers from the Seventeenth International Conference on the Fantastic in the Arts (1997), pp. 55-77
Look to fiction, how many TV dramas have played this out for us?  Rubicon had it right, so right it was cancelled and suppressed, for introducing the Deep State as a Pentagon operation: 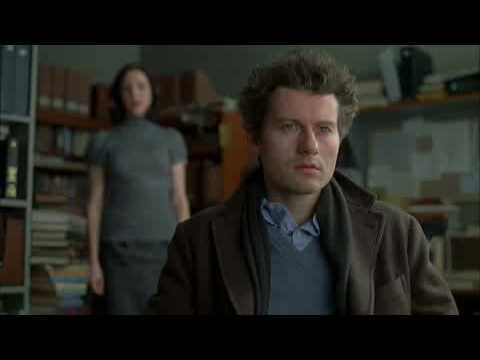 Let’s just call it, for humor’s sake, Jade Helm.  Jade Helm, in the aftermath, controls the world’s oil and gas markets, which they laid waste to.  If “it” comes back, they now get a cut.

Ah, then there’s civil authority in the US, in total shambles.  Moreover, the American people are now waiting for, even expecting and certainly accepting of COVID 2, which will target more regions and sectors, as outlined in the “chaos theory” plan.

This one just opened the door.