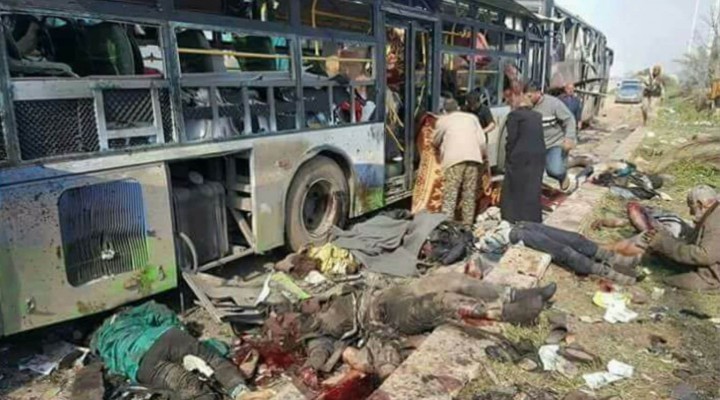 Veterans Today has received confirmation from the highest Russian sources that its intelligence analysis of the covert US-Turkish moves in Syria and Iraq, moves in aid of ISIS and al Qaeda, was 100% correct.

“As long as the Turks recognize Syria as the Russian sphere of influence, they’ll be ok with it. But if the Turks challenge that and start supporting ISIS again, the Russians will make a move, because they don’t want the Turks to import ISIS’s Islamism in the Russian Caucuses.

The Turks create such scenarios to give themselves more negotiation power. They did the same with the immigration crisis in 2015, 2016.

The Russians have launched their fatal bombardment campaign against the militants in west Aleppo and elsewhere after hitting the base with a drone attack today.  Russia had had enough and anyone who chooses to interfere will face consequences.

Moreover, Idlib is not a Turkish territory! To fight for someone else’s territory and for strangers – the spirit and endurance are not enough!

The USA dreams that anyone would start a military conflict with Russia, just to stay away and help indirectly, through third parties …… This is their blue dream! But they cannot leave their NATO ally face-to-face with Russia either. Therefore, it will be easier to help the one who wins the fight: if Russia hits hard, it means Erdogan will get a good lesson and a good flogging as a naughty student if Russia will suffer any serious damage: it means she deserves it like a presumptuous beast!

It is also necessary to teach Russia properly (as the United States believes)!”

This is a pretty good translation of a message to both Turkey and the United States from Russia.

The language is plain.

We believe, after many months, Russia is absolutely aware that it is dealing with a pair of minor shills for international gangsters and little more.

That it has taken Russia that long…

0 thoughts on “Intel Drop: Backchannel Ultimatum to Erdogan and Trump”