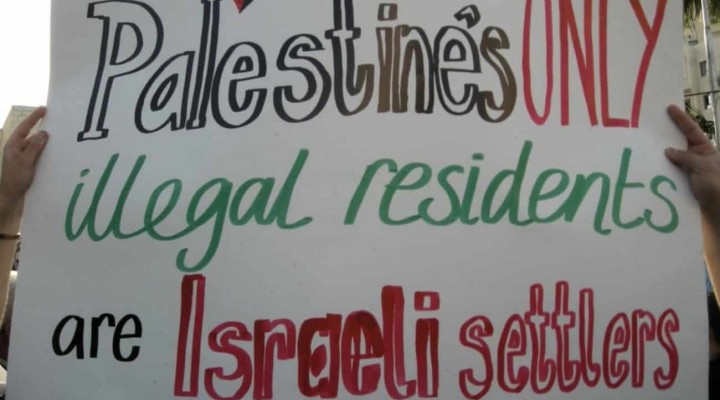 Anyone foolish enough to watch the news today saw the braying of Netanyahu, describing Muslims as medieval and backward.  Every other world leader was statesmanlike, responsible, in truth, exhausted with so many wars; you could see it in the faces at the UN General Assembly this week in New York.

Only Netanyahu showed up, buoyed by his plots, the rabid Murdoch press Americans have come to despise and his cabal of plotters, perhaps car bombs, derailed planes or more airline disasters, what Americans facing elections have come to call the “October surprise.”

Long ago, only hushed voices among the trusted and well informed admitted there was a dark “under layer” to politics, rigged voting, invented news events, staged terror attacks and the greatest tradition of all, announcements starting or ending wars.

America is about sports analogies, and Netanyahu has “backed the wrong horse” with Romney.  He carries with him the dirt of a Las Vegas organized crime boss, hundreds of illegal offshore bank accounts and a long history of lying and, worst of all, getting caught.

It is difficult to admit, but it has been since Carter or some point as Reagan’s health failed that America has had weak leaders.

The unseen weaknesses of two Bush and one Clinton presidencies, unseen by all but insiders, sex scandals, pedophilia, homosexuality, Monica Lewinsky, the mental issues of the Bush family, severe depression, histories of addiction, we covered it all up.

We kept this from the American people and the world, but none of it was secret from the Mossad and the “phone hackers,” lobbyists and blackmailers in Washington that let American power and prestige, America’s banking system, even America’s law and faith in its leaders turn to nothing.

America has had a sickness, an infection of the soul, a generation raised on greed and class distinction, if war is profitable and only the poor fight and die, then war is good.

America was ripe for invasion.  It could have been space aliens, it might have been, we wouldn’t know, would we?  We do know that, when President Obama stands in front of the UN General Assembly as titular head of the “free world,” that the “free” part isn’t so true and the vast American military is more the remains of two lost wars, 2 million crippled veterans and a nation closer to surrender than any time in its history.

I credit Obama for what he says, at least the parts related to a reality insiders accept, that he may actually wish for a freer world, for children who grow up with hope and opportunity.

I also see a man who has comprised so much, has stepped back so often, a man with empty pockets and hungry children telling the world how great his accomplishments are.

Bush 41 opened the door, Clinton tried to fight the onslaught, Bush 43 let the evil into the heart of America, stripping away her wealth, poisoning her soul.

He invited an international criminal conspiracy to feed off the lifeblood of the only people that could have shown resolve, shown leadership and provided the needed guidance to move our tiny planet past a century of strife into a new age.

Some call it the Israel lobby, some ramble on about Zionism and plots for a “greater Israel.”  Some talk race and religion, exploit the volatility and explosiveness that decades of drone warfare, of “crusader” invasions, of defilement of every spiritual value, public office or even a “blue ticket” guaranteeing them the promise of eternal life, perhaps the greatest conspiracy theory of all, and we allowed them to rule us.

Is it a wonder humanity suffers so much?

Over recent days, we have seen our weakness, how anger can be deflected against an America that has been so much less than it could be.  I watched Netanyahu drone on, talking only to an American audience, hoping to get them to share the “victimhood” he loves exploiting in Israel.

His endless days are filled with his memories, selling furniture, his inferior intellect, his lack of athletic prowess, his unpopularity with women, these are his weaknesses.

His strengths are finding the weaknesses in others and hiding behind holocaust like a cowardly child clinging to his mother’s apron when payment comes due for acts of malice and depravity.

There has been a cost, those years from the early or mid 80’s, we aren’t sure when Reagan was “sidestepped” by the “parallelization” of Bush, a second CIA, private drug wars on 3 continents.

And then there is the $27.5 trillion in cash meant to secure America and build a peaceful and productive world, carefully cataloged into the Federal Reserve Banks and mysteriously “disappeared” into the coffers of the unnamed and unknown ruling few, the ones we call “blue ticket holders.”

By 1990, the Cold War was over, nuclear stockpiles had become useless relics, the vast armies of the world all ready for a 90% reduction and the promise of an avalanche of human endeavor and freedom was there for the picking except for one thing.

Not just America, but Canada and Britain, and so much of the fault lies with Germany, the gloating of NATO, the years of greed, of sweat shops, of oil profiteering and manipulation of food markets, the use of medical advances as a form of financial blackmail, the worship of money, of corruption, the worship of the differences that should have made us great, all these became signs of infection.

Israel is seen as the source of the disease, with its Washington lobby, its spying, its bribery and election rigging, its secret nuclear weapons and is control over the world’s media empires, none of it is hard to see today.

Netanyahu, when speaking before the general assembly, made it all so clear, a failed furniture salesman with delusions of grandeur, call him “sociopath” or “malignant narcissist”. He attempted to co-opt an American president at the most critical time in Israel’s imaginary history as conqueror of the world, other people’s soldiers, other people’s money, other people’s lives.

Under Netanyahu they wake up finding themselves alone, vulnerable and the bill coming due, the USS Liberty, the Mavi Marmara, Rachel Corrie and Gaza.  People do not forget.

During the entire length of the general assembly there was no hatred for the people of Israel, no mention of America’s Jewish population, no mention of race or hatred at all except by Netanyahu, titular king of Judea, where painting “Jesus is a Monkey” or using Washington think tanks for laundering money to fill the streets with demonstrators or ordering the murder of an American ambassador is nothing.

This is the nature of his illness.

Years ago, were I to have mentioned my suspicions about 9/11 to friends in government, few would notice.  Listening and repeating would be career death and, though the points were salient, traveling the path would lead to ruin.

So many knew, so many kept silent, so many saved their careers and move toward retirement, having sacrificed their manhood for a career, a promotion, a country club membership yet knowing that, through their silence, their complicity, the oath they gave, the nation they swore to protect, lies in tatters.

Their only hope is to garner enough stolen booty that their own children won’t be part of the one in five that goes to bed hungry in America each night.

Now I get the calls, asking what they can do to make a difference.  The answer is always the same.  “You saw the government overthrown and were silent.  You were ordered to commit war crimes and obeyed.  You became everything you grew up hating and come to me for absolution and I have none.”

The American heroes you should have been, you were not.  The broken bodies of those who served you are your only legacy, that and a nation that despises you for your service.

What is left of America is on our streets, beaten by clubs, sprayed by mace, arrested and beaten, while you sit, Scotch in hand and listen to the droning of the cowards you have chosen to follow.

There is a choice.  Break the code of silence.  Admit the billions in drug dealing, the endless contractor theft, the killings, the torture, the kidnappings, you and your friends admit it all.

Tell us what you did to make the world hate America, to lessen the legacy of our era, what you personally did to make sure your generation would always be remember as America’s “worst.”

The writing is on the wall.  There is no more room for doubt.  The books have been balanced, the lies are exposed, the crimes revealed, there is nothing left to hide.

Not everyone knows all but all is known by some.

I would not trade the life of every general in the Pentagon for the life of a single child.