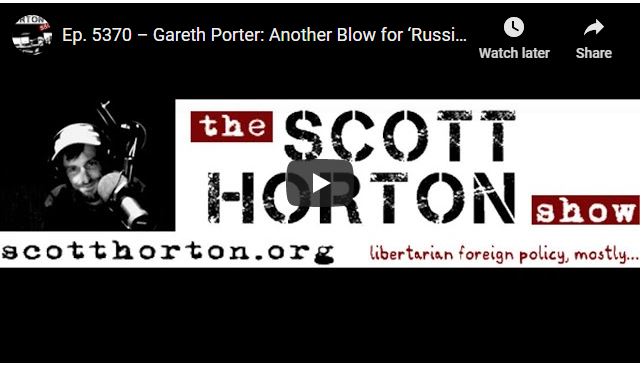 Gareth Porter discusses the slow death of the “Russiagate” narrative, which has been allowed to live on mainly because of deliberate obfuscation by democrats and the mainstream media.

Rarely do they lie outright about the facts, says Porter—instead they will cherry-pick statements from favorable experts and make vague references to incidents where some website or database was accessed by a computer somewhere in Russia.

None of this is enough to prove actual Russian interference in the 2016 election, and probably isn’t meant to be. But for those who already refuse to accept the results of the election, and who will look for any morsel of evidence to sustain their theory, no matter how outlandish, these tactics prove to be effective.

0 thoughts on “Ep. 5370 – Gareth Porter: Another Blow for ‘Russiagate’ Truthers”