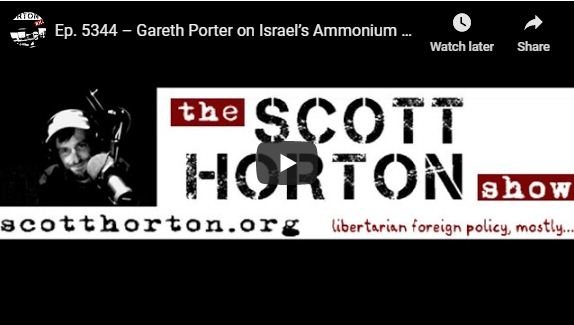 Gareth Porter debunks a series of bogus incidents in which Mossad, Israel’s intelligence agency, has accused various Lebanese men over the years of being Hezbollah agents attempting to orchestrate terrorist plots all around the world.

In each of the cases that Porter explains, false evidence for the possession of ammonium nitrate was used to sell the idea that these men were trying to make bombs.

And in the wake of the recent explosion in Beirut, Israel has been selling the old narrative even harder, citing the accidental explosion as proof that Hezbollah is more active than ever.