HOME / WORLD / Why Iran Should Ditch the Hopeless Nuclear Deal 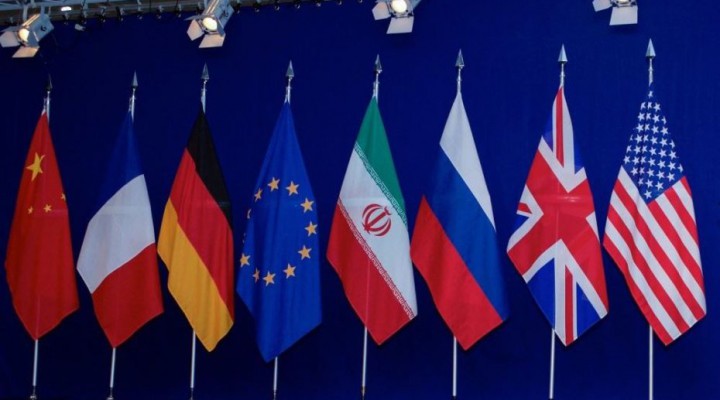 The false choice being presented by the EU to Iran of “returning to compliance” should be repudiated. Iran should henceforth direct its economic interests wholeheartedly towards co-development with Russia, China and the Eurasian realm.

Not since the 1930s has European appeasement been seen to be so cowardly, so cynical and ultimately so recklessly leading to greater escalation and war.

In the 1930s, British and French appeasement of Nazi fascism led to World War II. Nearly a century later, the same unscrupulous fawning over American imperialism towards Iran is similarly creating the conditions that fuel lawlessness and aggression.

The joint statement issued this week by the European troika of Britain, France and Germany regarding the international nuclear accord with Iran was a masterclass in deception and cynicism.

The so-called E3 said they were triggering a dispute mechanism because, they alleged, Iran was in violation of the international accord, formally known as the Joint Comprehensive Plan of Action (JCPOA).

“We have therefore been left with no choice, given Iran’s actions, but to register today our concerns that Iran is not meeting its commitments under the JCPOA and to refer this matter to the Joint Commission under the Dispute Resolution Mechanism, as set out in paragraph 36 of the JCPOA,” read the European joint statement.

It concludes: “We do this in good faith with the overarching objective of preserving the JCPOA and in the sincere hope of finding a way forward to resolve the impasse through constructive diplomatic dialogue, while preserving the agreement and remaining within its framework. In doing so, our three countries are not joining a campaign to implement maximum pressure against Iran. Our hope is to bring Iran back into full compliance with its commitments under the JCPOA.”

Iran is being put in a no-win situation because of false claims. The dispute cannot be resolved, and so over the coming weeks the European are moving to re-impose UN and EU sanctions on Iran. The JCPOA is thus finished.

As Russia’s foreign ministry pointed out, the European “dangerous” move to censure Iran is not justified, and it will lead to further escalation in an already dangerous stand-off between the US and Iran.

What the Europeans are doing is falsely blaming Iran for violating the JCPOA by Tehran’s incremental suspension of commitments over the past seven months. Iran was forced into doing that because it was the Trump administration that first violated the international treaty by unilaterally rescinding it in May 2018, and subsequently reimposing crippling economic sanctions on Iran.

Iran warned the Europeans in May 2019 that they must take steps to uphold the accord and implement trade mechanisms to avoid US sanctions. The Europeans failed miserably to deliver on their commitments to the JCPOA and sheepishly backed away from doing business with Iran in the face of US threats of secondary sanctions.

The pious joint statement this week from the EU troika is a mendacious cover-up of their own weakness and failure to stand up to American bullying.

German Foreign Minister Heiko Maas said in a separate statement: “Our goal is clear: we want to preserve the accord and come to a diplomatic solution within the agreement.”

“The regime can take the steps to de-escalate tensions and adhere to the basic rules of international law. Or sink deeper and deeper into political and economic isolation,” he said. “We urge Iran to work with us to save the deal,” said Raab from the pseudo moral high-ground.

The Europeans are turning reality on its head. Condemning Iran for violating the deal is the cowardly wheeze of “blaming the victim” while whitewashing the very real and much greater violations by the US and the Europeans themselves.

Telling Iran that it must “take steps to de-escalate” is an absurd distortion of the relentless build up of military force by the US in the Middle East aimed at Iran. The Europeans make the risible claim that they are not joining the US “maximum pressure” campaign when that is exactly what they are doing. It’s as insulting to common intelligence as Britain’s Neville Chamberlain proclaiming “peace in our time” after sucking up to Hitler at Munich in 1938.

The European sniveling capitulation to Trump’s warmongering towards Iran has been underway over the past three years. The American president greeted the latest act of European vassalage with stirring words of lies and more threats.

“The civilized world must send a clear and unified message to the Iranian regime: your campaign of terror, murder, mayhem will not be tolerated any longer,” Trump said, according to a statement released by the State Department.

Iran needs to face up to the truth. The European governments are not honest brokers nor are they genuine partners. They cannot be trusted, as Ayatollah Khamenei said this week.

Iran is grieving the loss of national hero Maj. General Soleimani who was murdered on the orders of Trump. The country is grieving over the air disaster of a civilian plane being shot down by Iranian defense forces amid heightened tensions of an American-led war. Yet the Europeans say nothing of condemnation against the aggressor in Washington. Indeed, they are piling on the isolation and smearing of Iran, repeating baseless US accusation of it having secret nuclear ambitions.

This European appeasement is only lending further false justification for American aggression towards Iran. It is fueling the danger of war despite its cynical claims of wanting a “diplomatic solution” and adhering to international law.

Iranian-American scholar Soraya Sepahpour-Ulrich has called this moment a “wake-up call” for Iran.

In an interview for Press TV, she said: “The Europeans have shown repeatedly through their actions they are not a European power. They are a European marketplace. And the United States has leverage in this marketplace and even dictates its rules.”

That was an implicit reference to the reported threats by the Trump administration to hit the EU with steep tariffs on auto exports if it did not trigger the dispute mechanism with Iran this week.

Sepahpour-Ulrich also questions the basic premise of the 2015 nuclear accord which was signed by the US, Britain, France, Germany, Russia and China after years of tortuous negotiations. She says that for the Western states, the JCPOA “was never about establishing normal relations with Iran. It was about subduing Iran, undermining it and taking away its power, basically.”

As such, it is perhaps a good thing that the charade of the nuclear accord is finally finished, due to the latest bad faith from the incorrigible European lackeys in hock to US imperialist bullying.

Being entangled in the charade was always a drain on Iranian power and, paradoxically, a source of escalation, as the disturbing current dynamic is proving.

The false choice being presented by the EU to Iran of “returning to compliance” should be repudiated. Iran should henceforth direct its economic interests wholeheartedly towards co-development with Russia, China and the Eurasian realm. Any further wrangling with the Western charlatans is only inviting war.

0 thoughts on “Why Iran Should Ditch the Hopeless Nuclear Deal”