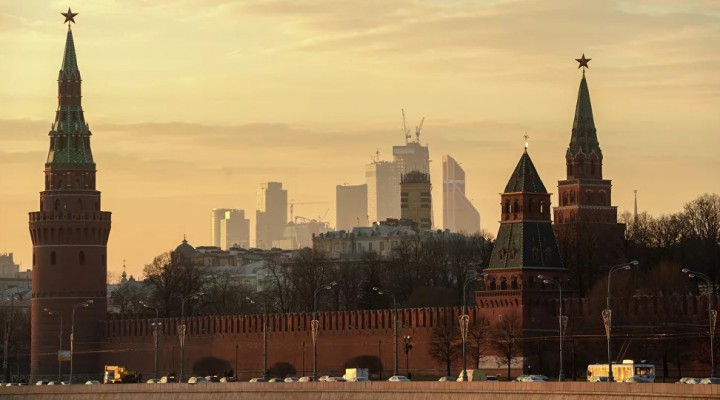 So, US media claims are once again accusing Russia of running disinformation campaigns to stir up chaos and division among Americans.

Russia has repeatedly rejected such accusations of political meddling as nothing but empty bombast and hyperbole motivated by Russophobia. And, as usual, the evidence to back up the anonymous “intelligence” claims is typically scant or non-existent.

But let’s just go back to the alleged objective: “to stir up chaos and division among Americans”.

A succinct riposte is: who needs Russian, or Chinese, or any foreign disinformation for that matter? US society is already chaotic and divided from its own political faction-fighting, vast social inequality and discord, and manipulation by corporate-controlled media.

Central to the American problem, it seems, is a prevalent penchant for conspiratorial thinking. That in turns stems from a common deficiency among Americans for accurate political analysis based on objective social conditions. The root of the problem is America’s dysfunctional political economic system: corporate capitalism and its military-industrial complex.

But you don’t hear many Americans expressing that analysis. There may be some who do, such as the eminent Professor Richard Wolff with his clear, hard-hitting analysis of capitalism, but those voices never get near the mainstream media to articulate their view to a wider audience.

Instead what we tend to hear is a cacophony of baseless conspiracy theories that distract from a core understanding of America’s dysfunction. The upshot is that US society becomes ever-more beleaguered and battered because the core problem of capitalist breakdown is never addressed, understood and resolved.

Both Republican President Donald Trump and his Democrat opponents are equally adept at pushing the conspiracy nonsense. This week provided a parallel comparison.

Trump and his supporters ran into trouble with social media platforms – quite rightly too – because they were deemed to be promoting quack conspiracies about the corona pandemic. One of those theories is that a malaria drug is being denied as a cure (which it isn’t) by Trump’s own government health experts. The theory goes that this is all part of an effort by Democrats and Democrat sympathizers to undermine Trump’s re-election chances. The ensuing social media bans are then cited as “Big Tech” censoring Trump and Conservatives.

Hold on a minute. The coronavirus pandemic is real and is gutting America with devastating casualties. Anyone promoting quack remedies and thereby undermining public health efforts is reprehensible and deserves to be curbed – regardless of “free speech rights”. The fact that such dangerous disinformation is coming from the nation’s supposed leader is doubly reprehensible.

Not only is the result of this disinformation more chaos, it also breeds division, confusion and hatred. If Trump’s supporters and their ilk think they are being “persecuted” and “oppressed” then civil strife is the potential outcome.

Trump’s political opponents in the Democrat party and much of their media supporters, including the New York Times, CNN, Washington Post, among others, are apt to denigrate the president for his indulgence in pandemic disinformation. But what about their own insane indulgences.

Trump’s opponents and their sympathetic media are promoting once again the notion that Russia is spreading false information. Previously it was Russia allegedly running influence campaigns to sway elections; this week, the alleged Kremlin-sponsored operation supposedly focused on distorting reports about coronavirus. The New York Times and AP quote anonymous US officials claiming to have identified websites linked to Russian military intelligence. One of the websites named, OneWorld.press, strenuously rejected the accusations. It says it is merely providing a forum for informed debate.

It certainly seems like a non-story bereft of any evidence, but amplified out of all proportion by US media. And often by the same media which disparage Trump for engaging in conspiracy theories.

Just like the so-called “Russiagate” nonsense that these media pushed about Russia allegedly hacking into the Democrat party and colluding with Trump to get him elected in 2016, the latest anti-Russian smear as well as the recent “bounty-hunter” story in Afghanistan, is all a red-herring (excuse the unintended pun). Such stories only confuse American society, undermine US-Russia relations, and fire up Trump’s base with more persecution complex (some of that partly correct).

The point is that conspiracy theory nonsense is traded by so-called left and right in the US which only ends up embittering and fragmenting that society even further. It is futile and ultimately nihilistic. And it is all “made in America”. There’s no need for any foreign input to America’s rampant chaos and division.

0 thoughts on “Who Needs Russian Disinfo?”