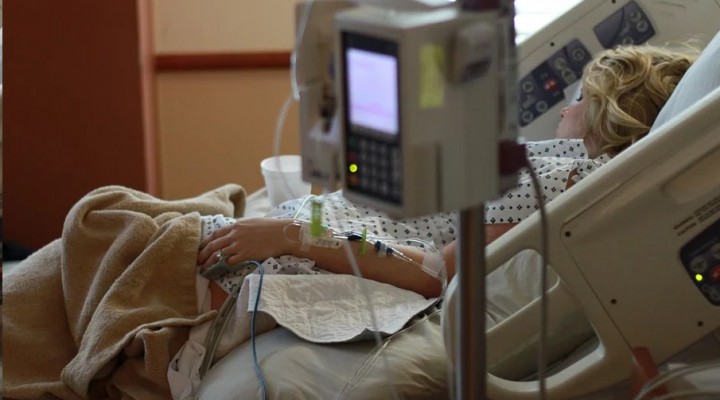 The shambolic state of Britain’s National Health Service puts the country at severe risk to a Coronavirus pandemic. With record numbers of patients being treated on trolleys in hospital corridors due to a shortage of beds in wards, the inability to contain the deadly virus has a grim outlook.

Concerns about a global pandemic from the disease have magnified this week as the number of infections spread across Europe and other continents well beyond the initial outbreak in China. South Korea and Iran have quickly become potential epidemic risks. In addition to Italy, new cases are being reported in Austria, Croatia, France, Germany and Spain raising fears of cross-border spread.

Britain has reported a handful of infections in people so far who had travelled back from Asia. The United States is also bracing for an outbreak with one city, San Francisco, declaring a state of emergency. While COVID-19 does not appear to be particularly lethal (1 percent of infections at risk of death), what is of concern is the apparent ease of the infection spreading among people, and the risk of death for vulnerable patients who have existing conditions.

That’s why the failing state of Britain’s National Health Service (NHS) could make an outbreak of the disease a much worse calamity.

A report this week found that a quarter of all patients admitted to hospitals in England and Wales this winter were forced to lie on trolleys in corridors for more than four hours until a proper bed in a ward became available. That delay in treatment was on top of a more than four-hour wait for patients in Accident &amp; Emergency departments – the frontline contact point for the seriously ill.

Many of these patients were young and elderly who tend to be the most susceptible to fatality. Nurses are having to treat them under duress in conditions that are sub-standard for adequate care. What’s more, the total numbers of patients – about 200,000 – experiencing “trolley care” is double what it was four years ago. That is imposing an incredible strain on the medical staff.

A separate finding in a poll conducted among British nurses working in Accident & Emergency found that nearly three-quarters of them regularly treat patients – on a daily basis – in non-designated areas of hospitals, such as corridors and side-rooms, due to the shortage of beds and properly equipped wards.

The deterioration in Britain’s NHS – a health service that was once a source of international pride – is nothing new. It has been in decline for years especially over the past decade due to economic austerity cuts under successive Conservative governments.

Boris Johnson managed to get re-elected in December partly on the promise that he would allocate more funds to the health service. However, it remains to be seen if he will deliver on that promise. His seeming lack of urgency in dealing with the NHS crisis is causing criticism over his lack of leadership.

The latest findings on patient treatment delay and makeshift accommodation on trolleys were conducted during December and January. Ominously, that was before the Coronavirus disease emerged as a global phenomenon.

© REUTERS / CHINA DAILY CDIC
Workers in protective suits are seen at a checkpoint for registration and body temperature measurement, at an entrance to a residential compound in Wuhan, February 13, 2020

Already Britain’s NHS is being stretched to the breaking point from the usual cases of illness during the winter season. That means that if a serious outbreak of Coronavirus were to happen in Britain – and the outlook suggests a major risk of that occurring – then a grim casualty toll can be expected. That would simply be down to the fact that Britain’s health service is in a chronic state of underfunding and disrepair despite the valiant efforts of doctors, nurses and other medical staff.

When Johnson was re-elected, British voters appeared to be won over by his “get Brexit done” mantra. Concerns about the failing national
health service were overlooked or played down.

All that mattered, it was getting Britain out of the European Union. Bang. Along comes a deadly disease from the other side of the world, and Britain is woefully prepared to deal with it because of the heartless economic policies of Boris Johnson’s Conservative party. Leaving the EU seems now like a trifling issue as a grim reaper stalks Britain’s vulnerable population.

Natural disasters happen. It’s part of the physical world we live in. What is not natural though, nor forgivable, is how disasters are exacerbated by governments and their policies that prioritise financial profits over people’s needs.