HOME / WORLD / US Snapback From Humiliation 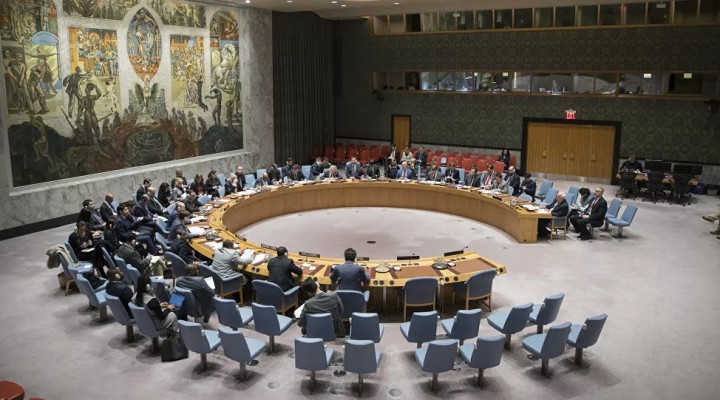 American President Donald Trump has darkly warned of something big this week, vowing to apply “snapback” international sanctions on Iran. It would be a drastic move and likely to further isolate Washington in the eyes of the world.

But the real snapback is Washington’s fury after the United States was subjected to a humiliating diplomatic defeat at the UN security council last week.

A proposal by the US for the United Nations to extend an arms embargo on Iran was decisively rejected by the security council comprised of five permanent members and 11 non-permanent members. Russia and China voted against the resolution while even American allies Britain and France abstained, along with nine others.

US Secretary of State Mike Pompeo slammed the rejection as “inexcusable”. Then the day after the defeat, President Trump expressed his chagrin by saying he would not be attending a summit proposed by Russian leader Vladimir Putin on Iran and Middle East security.

Moreover, Trump issued a threatening vow to push ahead with the US forcing the UN to reimpose sanctions on Iran.

“Well we knew what the vote [at the security council] was going to be but we’ll be doing a snapback, you’ll be watching it next week,” Trump reportedly said Saturday while taking a break from his weekend golfing.

The legal argument by the US side is tenuous at best, if not ridiculous. Washington claims it is still a participant in the 2015 international nuclear accord along with Russia, China, Britain, France, Germany and Iran. That is in spite of the fact that the Trump administration pulled out of the accord in May 2018.

The US position amounts to wanting its cake and eating it. Washington doesn’t want to work the nuclear deal, having repudiated it as the “worst ever”, but at the same time, it wants to use provisions contained in the accord for snapping back sanctions on Iran. That snapback idea, as noted above, is impelled by the humiliating defeat the US suffered at the security council in not being able to extend an arms embargo on Iran.

Originally imposed by the UN on Iran in 2007, the embargo is due to expire in October as part of the nuclear accord, which was signed in July 2015 and endorsed by the UN security council. Washington wants to extend the arms restrictions on Iran even though Iran’s compliance with the nuclear deal has earned it the right to have the embargo lifted.

Washington’s line of reasoning is illogical and rife with double standards. It is parallel-universe stuff. You know it is whenever super-hawk warmonger John Bolton admits there are no legal grounds for the US position.

The nuclear deal – formally known as the Joint Comprehensive Plan of Action (JCPOA) – continues to be widely recognized as a diplomatic achievement for ensuring nuclear non-proliferation. Iran has been in full compliance with onerous restrictions on its nuclear program. Where the deal has failed is in delivering substantive relief from economic sanctions imposed on Iran. Washington has used every manoeuvre to maximize pressure on Tehran in an attempt to sabotage the JCPOA.

Lamentably, European members have not been strong enough in standing up to Washington’s bullying and threats of secondary sanctions. The lack of European resolve – unlike the more forthright support from Russia and China – has understandably undermined Iran’s confidence in the nuclear accord.

But the tyrannical bullying from Washington has gone too far. The embarrassing, spectacular defeat at the UN security council last week demonstrates that the US is increasingly viewed as a rogue state. It is also a demonstration of how much its global power has waned.

Digging itself deeper into a hole it has already dug, the Trump administration is blaring threats of forcing the UN into toeing Washington’s illogical line for applying a sanctions “snapback” on Iran.

It’s not a good idea to pursue a policy on a whim of bruised ego and imperial hubris. That’s what the US is doing with regard to Iran and the rest of the world. Sooner or later, the delusions and deceptions pile up in a crescendo of absurdity whereby even normally dutiful allies can no longer go along with the perverse pretence of the United States as a law-abiding democratic nation. Its power, frenetically and desperately, relies more and more on coercion and diktat. And those days are numbered.

0 thoughts on “US Snapback From Humiliation”