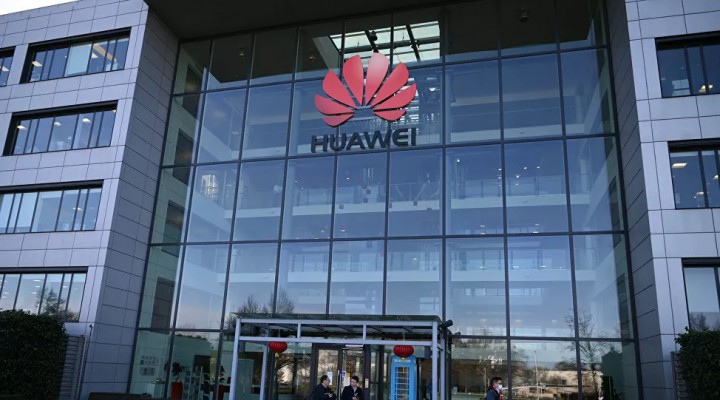 In a dramatic U-turn, the British government is scrapping Chinese telecom giant Huawei’s involvement in modernizing its internet infrastructure. And the Trump White House is crowing with glee.

US Secretary of State Mike Pompeo hailed London’s decision as “protecting free-world values”. What values might they be? Bullying, intimidation, subservience, empire-building?

The Trump administration has been piling pressure on the British to back away from earlier plans to partner with Huawei for developing its 5G wireless network. American sanctions and a media campaign vilifying Chinese technology as a national security threat seems to have won the day.

Boris Johnson’s government overturned its previous decision in January to partner with Huawei. British telecom operators have now been ordered to stop using Huawei’s technology and to rip out existing 5G equipment over a seven-year period.

The British government admits that this reversal will result in delays for modernizing the country’s telecoms services – seen as vital for economic development – and will add huge costs of up to £2 billion ($2.5 bn) for eventual replacement. Something which taxpayers and consumers will no doubt have to pay for.

So much for the much-vaunted Anglo-American “special relationship”. It’s special alright. Uncle Sam calls the shots – and Britain shoots itself in the foot.

It should be obvious that the whole debacle has nothing to do with alleged “national security concerns” and everything to do with Washington strong-arming for commercial and strategic advantage.

Huawei, the world’s largest telecoms equipment maker, is supplanting American technology across the world. And Washington is endeavouring to blacklist the company in order to give its own firms a competitive advantage. The Trump administration has accused Huawei – without evidence – of offering a backdoor to the “Chinese Communist Party” for global surveillance.

It takes a lot of brass neck for the Americans to punt that particular line given the actual global spying that its tech giants have enabled the US-based National Security Agency to conduct, as revealed by whistleblower Edward Snowden.

© AFP 2020 / NICOLAS ASFOURI
In this file photo taken on May 25, 2020 a man walks past a shop for Chinese telecoms giant Huawei in Beijing, China.

The battle over technology and commerce is only part of the bigger strategic struggle which Washington views as vital to sustaining its presumed global power. American capitalism and power view the world as a zero-sum contest. All perceived competitors must be vanquished or controlled so that American power can prevail as an all-dominant entity.

To that end, Washington must necessarily portray the world in polarizing Cold War terms of “us against them”, or of so-called “allies against enemies”.

As Chinese and Russian diplomats have repeatedly pointed out, Washington seems incapable of shedding its Cold War ideology of “containment” and “great power rivalry”. For American capitalism, the idea of mutual partnership and cooperation is simply and utterly anathema.

The fight with China over the telecoms industry is just one front among many others in America’s wider strategic conflict against Beijing.

Washington needs to kill the competition with draconian interventions, either with propaganda, sanctions or arm-twisting. Because the bigger picture is about subjugating others to accept Washington’s political, economic and military diktat.

China and Russia are not amenable about that designated subordinate role desired by Washington. Hence the Cold War revival and indeed intensification. Ultimately, war is the potential endpoint.

In classic zero-sum mode, Washington is demanding that its ostensible allies in Europe must shun Chinese telecoms and Chinese commerce in general. The same applies to trade with Russia as exemplified by America’s bullying over the Nord Stream 2 gas pipeline.

It is no coincidence that as Britain was set to announce its “decision” (that is, Washington’s decision) on Huawei, Trump’s national security adviser Robert O’Brien was lobbying other European governments to likewise ditch plans to partner with the Chinese firm for 5G development.

Germany, France, Spain and Sweden, among other EU members, appear to be moving ahead with their Huawei partnership plans. They have so far rebuffed Washington’s alleged fears over national security.

Not so Britain and other members of the US-led Five Eyes nations: Australia, New Zealand and Canada. They, not surprisingly, appear to have swallowed the “national security” propaganda and anti-China bigotry with gusto.

Indeed so subservient is Britain to Washington, the government in London seems willing to damage its own economy and the wellbeing of its own people in order to suck up a little favour from Uncle Sam.

The “free world”? Yeah, freedom to be a vassal.