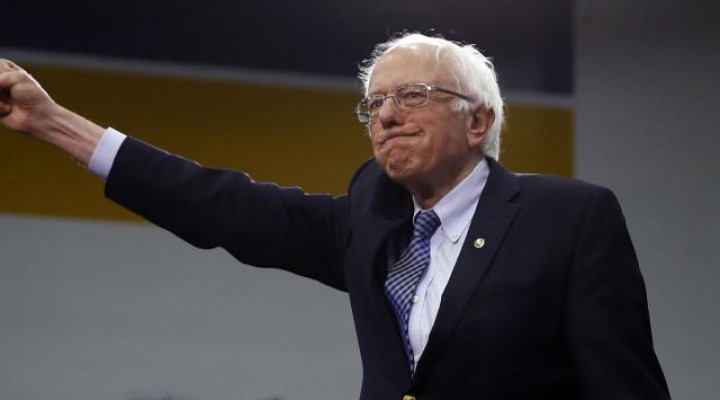 It’s bad enough that US intel and the Democrat establishment are playing the hoax “Russia meddling” card. But then Bernie Sanders reinforced the canard by uncritically accepting it as fact instead of dismissing it for the nonsense it is.

Sanders would do well to emulate Donald Trump and his contempt for this crazy charade. A charade that demeans the voters’ intellect as well as endangering US-Russia relations.

In a blatantly timed report, US media last week ran claims that Sanders was briefed by intelligence agencies warning him that Russia was interfering in the presidential election to boost his chances of gaining the White House in November. The timing of the report was on the eve of the Nevada caucuses which Sanders went on to win handsomely at the weekend.

It’s pretty obvious the intention was to smear the self-proclaimed socialist candidate as a Russian proxy. However, the ruse failed as Bernie romped home to win the state ballot in the race for Democrat nomination as a presidential candidate. Evidently, Nevada Democrat voters were unfazed by the attempted Russia smear.

Still, Sanders responded to the allegations of Kremlin meddling by adopting a tough posture and telling Russia to “stay out”.

He told media: “It was not clear what role they’re [Russia] going to play. We were told that Russia, maybe other countries, are going to get involved in this campaign, and look, here’s the message to Russia: stay out of American elections.”

In short, Sanders has been suckered on the baseless claims of Russian interference. Claims which Moscow has consistently rebutted as ludicrous.

That is a major mistake for his campaign. Because we can be sure that as the Democrat race gathers pace over the next months until the final nomination at the party convention in July, the anti-Sanders Democrat establishment and their affiliated media outlets, like the New York Times, Washington Post and CNN, will escalate the intel claims that Russia is meddling in favour of Bernie.

Sanders has made a cardinal error by accepting the false premise of Russian interference in US politics. Notice how he accepts the false Deep State talking points of Russia “trying to divide us up” and “causing chaos and hatred in America”. He also reiterates the bogus assertion that the Kremlin had a malign influence on the 2016 election.

What Bernie should be doing is simply rubbishing the nonsensical claims of Russian meddling as dirty tricks by US intel and the Democrat establishment.

By appearing to accept the fiction of Russian interference as fact what Sanders is doing is giving the fiction more grist for its disinformation mill. His political enemies will play up the dirty tricks even more and force him into issuing irrelevant denials and condemnations of Russia.

That ensures the public debate gets blown off course on the issues that really matter to ordinary Americans: grotesque social and economic inequality, and how the nation is increasingly being oppressed by oligarchs, the military-industrial complex and predatory capitalism.

Sanders needs to have confidence in the American electorate: that they understand what the real issues are, and that they can see through the Deep State’s charade about Russia meddling.

He needs to stop fueling the dirty tricks from ill-advised repetition of its talking points.

© REUTERS / KEVIN LAMARQUE
US President Donald Trump during a visit to Bakersfield, California

Sanders’ campaign for the Democrat nomination is sweeping the nation. The next stop is South Carolina and then Super Tuesday on March 4 when 14 states cast ballots for which Democrat candidate is going to take on Donald Trump for the White House.

The other Democrat candidates are trailing. So-called moderates like Joe Biden and Pete Buttigieg as well as billionaire Mike Bloomberg may be favoured by the Democrat establishment and the Deep State, but ordinary voters appear to have little regard for these cardboard cut-out figures.

American citizens are showing a historic shift towards supporting a socialist overhaul of the economy and society by rallying to Bernie Sanders. He should galvanize the movement on that agenda and dismiss with derision cheap attempts to distort the election with smears over non-existent Russian interference.

Follow-up reports this week have found that the US intel agencies have not produced a scrap of evidence to back up their claims about Russian meddling, either in the 2016 or 2020 election.

It’s amazing that Sanders can’t seem to see through the dirty tricks.

He congratulated Sanders on winning Nevada and added, “Don’t let them [the Democrat establishment] take it away from you again.”

Trump said he thinks Sanders will eventually become the Democrat nominee for the presidential election, “Unless they cheat him out of it”. He was referring to the stitch-up in 2016 by the Democrat leadership which selected Hillary Clinton over Sanders. And then subsequently lost the election spectacularly to Trump, leading to the fantasy about “Russia collusion”.

Trump gets it. And he deserves credit for his magnanimity towards Sanders. Bernie needs to take a leaf out of Donald’s book and realize the “enemy within” – the Democrat-Deep State nexus.

Clinton Crony Says Bernie Supporters Must Be Silenced For 2020 Primaries

0 thoughts on “Sanders Suckered on Russia”