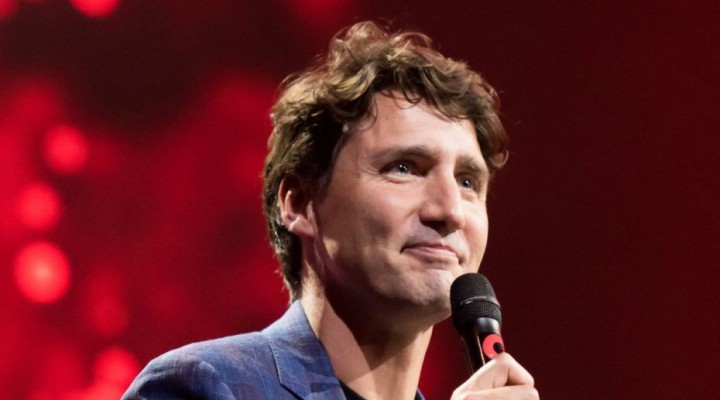 Trudeau now has the red-faced embarrassment of explaining why his country lost out to Ireland in obtaining a seat on the UN Security Council.

He once apologized for donning Black Face make-up and giving racist offense. Canadian liberal premier Justin Trudeau now has the red-faced embarrassment of explaining why his country lost out to Ireland in obtaining a seat on the UN Security Council.

Trudeau’s government had spent twice ($1.74 million) as much as Ireland had in lobbying other UN member states to vote for its assignment to the Security Council. But it was Ireland – and another applicant Norway – which won the necessary two-thirds majority votes last week from the 193 UN member nations, beating out Canada.

The three nations were applying to take two places on the 10-seat non-permanent panel that augments the five-seat permanent Security Council. The latter comprises Russia, China, the U.S., France and Britain. The 10-seat panel has rotating two-year terms for which all UN member nations can apply. All 15 Security Council members have veto power over draft resolutions.

It is the fourth time that Ireland has been voted on to the Security Council over the past six decades: previously in 1961, 1981 and 2001. It will take up the new post in January 2021 and serve for two years.

The Irish government and media are celebrating the victory. Of course, there is a lot of self-indulgent congratulations claiming the result was acknowledgement of Ireland’s record for UN peacekeeping duties in various conflict zones, as well as the small nation’s outsized contribution to international development and humanitarian aid.

But what may have actually helped Ireland’s bid was that it was up against Canada. Since Justin Trudeau became prime minister in 2015, he has been proclaiming “liberal values” and a “feminist foreign policy”. When Canada lost its previous bid for the UN Security Council in 2010, the liberals “explained” that setback was due to the poor international image of the Conservative government of then premier Stephen Harper.

On election in 2015 Trudeau promised that “Canada was back” on the global stage for its presumed commitment to human rights and humanitarian values.

So what went wrong? Well, despite the flowery rhetoric, the reality of Canada’s foreign and domestic policies leaves a lot to be desired. In other words, Trudeau’s administration is seen as hypocritical and something of a “snowflake” – that is, superficial and weak when the going gets tough.

At least under the Harper government which had an odious servility to Washington’s foreign policy, people knew what they were getting. Under pseudo-Trudeau, there is the added contemptible dimension of deception and pretentiousness which translates into being unreliable and dilettante.

In many ways, Trudeau has made Ottawa just as servile to Washington, but with an added two-faced limpness. The UN Security Council debacle shows how Canada has lost international respect no matter who is in office.

U.S. President Trump wasn’t too far wrong when he called out Trudeau two years ago at a G7 summit for being “weak and dishonest”, by saying one thing to your face, while saying the opposite behind your back. The classic image was later seen at the NATO summit last December when Trudeau in an informal cocktail gathering was caught ridiculing and backstabbing Trump.

Despite his liberal disdain for Trump, Trudeau has shown a squirming deference to Washington’s diktat.

The detention of Huawei executive Meng Wanzhou in Canada is perhaps the acme of Ottawa’s weak-kneed compliance. Meng was arrested in December 2018 in Vancouver and is awaiting an extradition trial to be sent to the U.S. The chief financial officer is accused by the Trump administration of violating sanctions against Iran. But almost everyone knows the real agenda is Washington’s geopolitical rivalry with Beijing and in particular America’s attempt to ostracize Huawei from the global telecoms market in favor of U.S. companies.

Trudeau has the power to intervene in the de facto hostage-taking debacle and to order Meng’s release. But he refuses to do so. He claims liberal values of “due legal process”. No, the reality is Trudeau is being a weak-kneed patsy for Washington’s aggression towards China.

There are many more illustrations of Trudeau double talk and double dealing. For someone who proclaims human rights, his Liberal government has done little to rectify the systemic injustices against Canada’s indigenous people who have suffered decades of discrimination, dispossession and destitution.

Despite all the effusive and emotive rhetoric about “humanitarian foreign policy”, that didn’t stop Trudeau’s government making multi-billionaire-dollar arms deals with Saudi Arabia, even after it emerged that the Canadian weapons were involved in brutal internal repression and detention of female activists. So much for “feminist foreign policy”!

Ottawa has also shown an unedifying obsequiousness to Washington’s hostility towards Russia, Iran and Venezuela.

When the chips are down the world has seen that Trudeau’s government is a willing pawn of American imperialism. Canada’s supposed “nice guy” image has long been discredited. One could say the same for the previous Conservative administration. But at least then we were spared all the sanctimonious and smug duplicity.

Ireland’s international image is lot overblown too. But it has slightly more integrity and independence than Canada, as seen for example in its outspoken spoken defense of Palestinian rights. Nevertheless, Ireland (and Norway’s) best attribute for winning election to the UN Security Council was that it wasn’t Canada. That was the luck of the Irish.