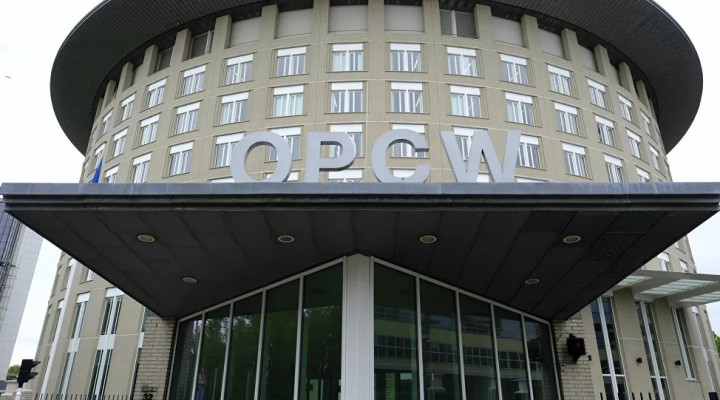 A statement this week by the Organisation for Prohibition of Chemical Weapons (OPCW) was supposed to add gravitas to claims by Germany that Russian blogger Alexei Navalny was poisoned.

The OPCW claimed it had detected “Novichok type” nerve agent in biological samples of Navalny. Navalny who is lionised in the Western media as a Russian “opposition leader” was dramatically flown to Germany on August 22 two days after he fell ill while on an internal flight in Russia.

Subsequently, Germany announced that it had found evidence the dissident figure had been poisoned with a Soviet-era chemical weapon.  There are now calls for European sanctions against Russia and for cancellation of the Nord Stream-2 gas project.

The Russian doctors who initially treated Navalny during his sudden illness have categorically stated that they found no evidence of poisonous substances in his body.

The Germans, however, have provided no verifiable evidence to back up their extraordinary claim that Navalny was poisoned. Russia’s Foreign Minister Sergei Lavrov this week denounced Berlin’s lack of diplomatic protocol in not sharing any information. As the saying goes: extraordinary claims require extraordinary supporting evidence. But in this case nothing is forthcoming, except lurid innuendo.

So, all we have is the word of Germany claiming to have detected Novichok-like substance in Navalny and the word of two laboratories in Sweden and France which also allege they detected the same substance. Where is the evidence? And where is the chain of custody of the biological samples? For all we know, Navalny’s body samples could have been contaminated extraneously by a third party while he was in an induced coma in the Berlin hospital.

The intervention of the OPCW this week is presumably an attempt to lend credibility to the tenuous German claims of Russian culpability for Navalny’s apparent injury. But the indication is that the OPCW, like the laboratories previously in France and Sweden, were reliant on the Germans providing the samples. That means the French, Swedes and OPCW were confirming nothing, but rather are merely replicating whatever the Germans may have concocted.

The OPCW’s joining the poison cocktail party this week is just another blow to that organisation’s credibility. The 193-nation body has since its inception in 1997 devolved into serving as a propaganda tool for the United States and its NATO allies. Remember its first director José Bustani – a man of principle – was ousted in 2002 under pressure from the US because he would not go along with false claims about weapons of mass destruction in Iraq. Ever since, the OCPW has become a shameless conduit for Western powers.

Ironically, in the same week that saw the OPCW acting as a mouthpiece for propaganda in the Navalny case, the organisation was brought into further disrepute at the United Nations Security Council. At the behest of Russia, the Security Council has been hearing testimonies from a former OPCW inspector which demonstrate that the OPCW covered up and distorted allegations over a false flag chemical weapon incident in Syria in April 2018. The incident in the suburb of Douma near Damascus was erroneously attributed to the Syrian government and a distorted OPCW report was used as a justification for “retaliatory” American, British and French airstrikes on Syria.

As explained by independent journalist Aaron Maté, the initial field reports by OPCW inspectors were censored by the organisation’s secretariat based in The Hague in order to incriminate the Syrian government, rather than lay the blame where it actually belonged: on Western-backed “rebels” and their White Helmet propaganda agents.

The fact that the OPCW engaged in fabrication in order to justify criminal Western aggression against Syria shows that the organisation is a disgrace and a grotesque betrayal of its purported mission.

This week the US, Britain and France refused to let former OPCW director José Bustani address the Security Council where he intended to support the testimonies of the whistleblowing inspectors who have exposed the organisation’s complicity in lying about the Syria chemical weapons incident.

For this reason, anything that the OPCW says in relation to the alleged poisoning of Alexei Navalny must be treated with the utmost skepticism if not outright contempt. For its lofty acronym title really stands for something more sordid: Organisation for Propaganda Courtesy of the West.