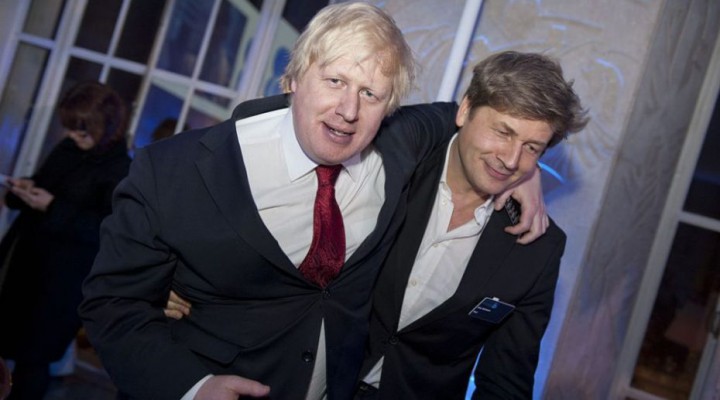 Making a part of Britain’s United Kingdom subject to ongoing EU regulations rankles the Brexiteers and their vision of total freedom from Brussels.

Negotiating positions between the European Union and Britain are hardening as they line up to hammer out exact trading relations after Brexit. The EU is emphasizing London’s commitment to a “level playing field” while Boris Johnson’s government says its priority is to “take back control” from Brussels.

It’s a dauntingly tight timescale to get a trade deal worked out. Johnson and his hardline Brexiteer cabinet have imposed a deadline at the end of this year for the future arrangement with the EU to be sorted. But negotiations are only beginning next week. Johnson wants a trade deal finalized by the end of December. He’s expecting that to be done in 10 months.

Britain formally left the EU earlier this year on January 31. But it has yet to define its future trading relation with the 27-nation bloc. For the remainder of this year, Britain is in a transition period whereby trade continues as if it is still an EU member. On January 1, 2021, however, the post-Brexit relation begins.

A “Hard Brexit” scenario is where both sides fail to agree on a trade pact. In that case, Britain will face a cliff-edge departure where it has no privileged access to the European single market and it reverts to World Trade Organization rules. That would mean tariffs and customs controls being imposed on British goods being sold to the European market. Given that the EU accounts for nearly half of Britain’s trade, the economic impact of a Hard Brexit could be ruinous.

Yet that cliff-edge scenario is being gambled with by Johnson’s government in its truculent demands for “full independence” from what it sees as Brussels continuing to dictate to London. There is something of Little Englander arrogance and delusions of former imperial greatness that is informing the British side.

Johnson and his cabinet want unfettered access to EU commerce, one of the globe’s biggest market of 500 million consumers. But London seems unwilling to make the compromises necessary for gaining that access. The compromises involve London aligning with EU standards on a range of issues, including finance, food, environment, tax and workers’ rights.

The EU position is this: if Britain wants zero-tariff trade, then there must be a level playing field of common standards. Otherwise, Britain stands to gain unfair economic advantages by undercutting the EU on those standards.

In other words, London cannot have its cake and eat it, which seems to be Johnson’s desire.

The Brexiteer fantasy entails Britain freeing itself from “onerous” EU laws, regulations and budgetary commitments, and to rediscover its supposed former glory as a free-trading, independent entity on the world stage. “Swashbuckling London” wants to forge free trade deals with the United States, China and the rest of the world, while also retaining its zero-tariff access to the EU single market. But for the latter provision that requires Britain to abide by European standards.

That insistence on alignment by EU leaders gets up the nose of Johnson and his cabinet. Downing Street asserts that Britain voted to leave the EU in the 2016 referendum in order to take back control of its borders, economy and laws. Why should it now be making concessions to Brussels?

What the Brexiteers don’t get is that leaving the European bloc after nearly five decades of membership is not that simple. There’s a lot to unpack. And if Britain wants to maintain special access to the European market then it needs to comply with the rules of that market. The Brexiteers point to Canada, Japan or Australia and their free trade deals with the EU, and they say we want the same. But those other nations are on the other side of the world. Britain’s geographical proximity to European mainland is uniquely problematic.

Johnson seems to think that Britain can become a Singapore-like trade and financial hub parked on the European coast which unilaterally sets its own terms of trade with the EU. Gaining competitive advantage would mean Britain cutting taxes and standards and serving like a forward-selling base into Europe.

Britain’s financial center, the City of London, wants to continue acting as a global hub with access to Europe while not being subjected to regulatory oversight from Brussels.

One particular indicator of bad faith and arrogance in the Johnson government is in regard to relations with Ireland. As part of the divorce deal negotiated in October, London agreed with Brussels to a special trading arrangement to avoid a hard border on the island of Ireland. That would involve Northern Ireland – British jurisdiction – remaining part of the EU in terms of customs and regulations. In that way, the regulatory regime with the Republic of Ireland (an EU member) would remain consistent. Johnson agreed to implement customs checks on goods coming from Northern Ireland to Britain and vice versa.

The avoidance of a border in Ireland is important for maintaining the historic peace process on the island. London is mandated to do that under the 1998 Good Friday Agreement – an international treaty.

However, making a part of Britain’s United Kingdom subject to ongoing EU regulations rankles the Brexiteers and their vision of total freedom from Brussels.

Ahead of negotiations next week, London has signaled it is not preparing the necessary arrangements for customs checks at British ports for goods coming from or going to Northern Ireland.

The EU chief negotiator Michel Barnier this week sternly reminded London of its commitments vis-a-vis Ireland and more generally to the acceptance of a level playing field in trade standards. He said that Britain was “backsliding” on its obligation to its withdrawal agreement signed up to in October and that by doing so London was jeopardizing the completion of a final trade deal by the end of this year.

“If we want to succeed in the very short time that Mr Johnson has chosen, we need to make sure we don’t start backtracking where we should be making progress,” said Barnier.

The EU negotiator added: “These will be complex, demanding, very difficult negotiations. In order to be successful, this will require trust and confidence… It requires negotiation in good faith.”

Good faith is precisely the quality lacking in the Johnson’s Downing Street cabal. That’s why a Hard Brexit looks on the cards. In which case a border in Ireland is a high risk with all the political upheaval that that entails not just for the island of Ireland, but also for the future of the United Kingdom. Not to mention a lot of gnashing of teeth for the British economy.