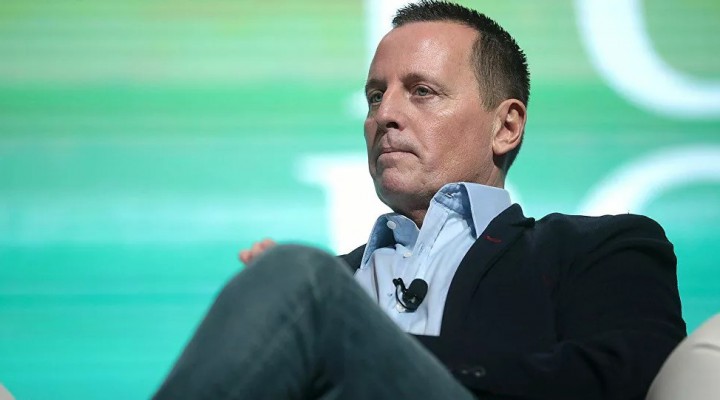 Richard Grenell, the US ambassador to Germany, is stepping down from his post after two years in the job.

Many German politicians will be relieved to get rid of him because of his outspoken, undiplomatic views.

During his tenure, he reportedly has had only limited access to senior government officials in Berlin who shunned him over his brusque manner which ruffled many a feather.

But a contrarian point of view is that Grenell will be missed. Why? Because his arrogant, unconventional style had a useful enlightening effect. It exposed the real nature of US-German relations and indeed the larger aspect of how Washington regards its so-called European allies with contempt.

As soon as 53-year-old Harvard-educated Grenell took up the post in Berlin he began to rankle his German hosts and set about overturning diplomatic protocol with high-profile public comments deemed as highly interfering in the country’s internal affairs.

He warned German businesses to back off investing in Iran when President Trump tore up the international nuclear accord back in 2018. Grenell warned that they would be liable for secondary US sanctions if they continued trading with Tehran.

On other occasions, he threatened sanctions against German companies over their involvement in construction of the Nord Stream 2 project to supply natural gas from Russia.

Channelling his boss Donald Trump in the White House, Grenell would also repeatedly castigate Germany over its military spending and accuse it of not living up to financial commitments to the US-led NATO alliance.

This abrasive style continued up till recently when Grenell last week chided German Foreign Minister Heiko Maas over the Open Skies Treaty. Washington announced it is leaving the arms-control treaty. Maas criticized that decision as undermining security in Europe with regard to Russia. Grenell promptly berated Germany’s top diplomat as if he were a schoolchild, telling him “to stop complaining”.

In the past, German politicians have described Grenell as acting like a “colonial officer” and have called for his resignation. But the German government of Chancellor Angela Merkel never did make a serious protest to Washington about Grenell overstepping his ambassadorial role.

Wolfgang Kubicki, vice president of the German parliament, at one point said Grenell’s conduct was unacceptable because he was acting as “if the United States were still an occupying power here”.

But that is precisely the point. For all intents and purposes, the US is an occupying power in Germany. Ever since the end of the Second World War, at any given time tens of thousands of American troops are stationed at numerous bases across Germany. Washington’s claims of “defending” Germany from the Soviet Union in the past and currently from possible Russian aggression are risible propaganda constructs.

The most glaring illustration comes from the US installation of nuclear weapons on German soil which are under the secret control of Washington. This is in spite of the German parliament having voted 10 years ago for their removal and polls consistently showing majority opposition among German citizens to the presence of these nuclear weapons.

So, let’s face it. Germany, as with most other European countries, is a de facto vassal state under the tutelage of Washington. US intelligence agencies spy on European leaders with impunity; Washington threatens European governments with sanctions if they dare pursue independent foreign policies; and the US dragoons European states into exorbitant military spending which props up American wars and the military-industrial complex that is vital for US capitalism.

The height of folly is the European Union deferring to years-long US sanctions against Russia even though those sanctions have damaged EU economies much more than the American one. Relations between Europe and Russia have been distorted by a Neo-Cold War mentality out of Washington that European vassals have uncritically amplified and adhered to.

That’s why, ironically, the bumptious Grenell will be missed. Unlike past American diplomats who were careful enough to conceal the real nature of US-German and US-European relations, Grenell was reckless in his colonial attitude – an attitude that pervades all American administrations in their unspoken strategic relationship to Europe. His imperious, sanctimonious slapping down of Germany’s politicians served to show literally who was boss in the transatlantic so-called alliance.

And that is also why German politicians are no doubt glad to see the back of Grenell. His lack of diplomacy made them feel uncomfortable because the truth of their vassalage was made unavoidably crystal clear.