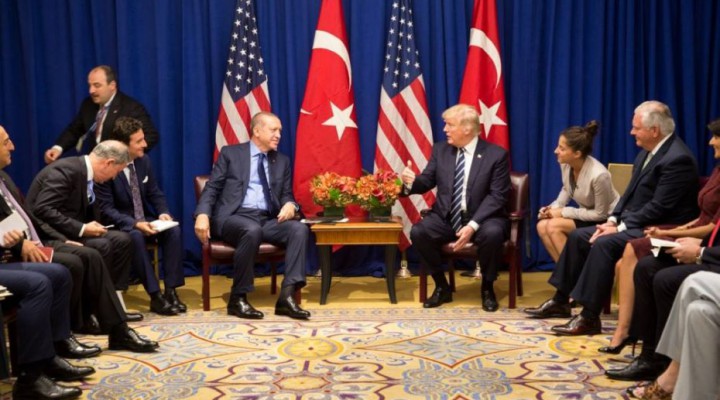 He knows that if a military escalation occurred, his forces would be left out to hang and dry by its supposed NATO partner.

Well, it takes one to know one. The foul scheming and intrigues over the past nine years of war in Syria by the foreign aggressors and their terror proxies will have proven one thing to all the criminal accomplices – none of them can be trusted, even when they claim to be “partners”.

Turkish leader Recep Tayyip Erdogan, who went to Moscow this week, wanted a deeper withdrawal of the Syrian army in Idlib province and he didn’t get it. The upshot is that more Syrian territory has been retaken by Syria’s state forces – despite all the bluster from Erdogan vowing victory and rollback.

What happened is that the Turkish president no doubt smelled a rat from Washington’s lack of military support. Erdogan knew if a military escalation occurred, his forces would be left out to hang and dry by its supposed NATO partner. All the American talk about “fully backing” Turkey failed to materialize beyond hot air.

Recall that when violence flared last month between Turkish and Syrian forces, US Secretary of State Mike Pompeo pledged on February 11 that Washington “would stand by its NATO ally”. As the violence increased along with the body count of Turkish troops, the US did not deliver – despite Ankara’s earnest requests two weeks ago for Patriot missiles. Requests that went unanswered.

Washington knew that Syria and its Russian ally were not backing down from the principle of defeating terror groups on Syrian soil regardless of whether the militants are being given cover by Turkish artillery. Syria has impeccable sovereign right to take back control over every square inch of its territory. Russia has stood full square behind its Syrian ally for that objective.

On March 5 when Erdogan flew to Moscow, he must have had that sinking feeling, knowing that Washington was firing rhetorical blanks. On the same day, Pompeo demanded that the Turkish leader should negotiate a withdrawal of Syrian army back to the Sochi ceasefire lines of 2018. But after six hours of negotiations with Putin, Erdogan settled for a lot less – a truce based on current territorial positions, including gains made in recent weeks by the Syrian army.

On his way to Moscow all that Erdogan was getting from Washington were more vague hints that the US was still “considering” supplying military ammunition to Turkey.

Probably the ominous sign for Erdogan that Washington was going soft was the PR stunt on March 3 when two relatively minor US envoys visited the White Helmets terrorist propaganda unit in Idlib offering “humanitarian aid”. That kind of media support doesn’t quite fit the bill for Patriot missiles and American warplanes that Ankara was really after.

Moreover one of the envoys, James Jeffrey, told a conference in Istanbul on March 5 that the US was “pressuring European NATO allies to give more support to Turkey”.

As Hurriyet Daily News reported, the US envoy was responding to a question during regarding Washington’s views about concrete military support to Turkey.

“We are pressuring our European allies to make contribution to this issue,” said Jeffrey. “There’s a Spanish Patriot missile defense unit right now deployed in Turkey at the Incirlik airbase, that’s an example of things that NATO is actually doing, and we want to see more actions like that.”

This was being said as Erdogan flew to Moscow for his “face off” with Putin. In other words, the Turkish president knew that the US was all talk and no action.

Damascus and Moscow have called Erdogan and Washington’s bluff. There will be no escalation in Syria to an international conflict because Erdogan and his master in Washington don’t have the cojones.

Syria has every right to rid its land of terrorists and their NATO patrons. And Syria has Russia’s back. While Ankara knows all it can count on is a Washington rat.

0 thoughts on “Erdogan Smells a US Rat”