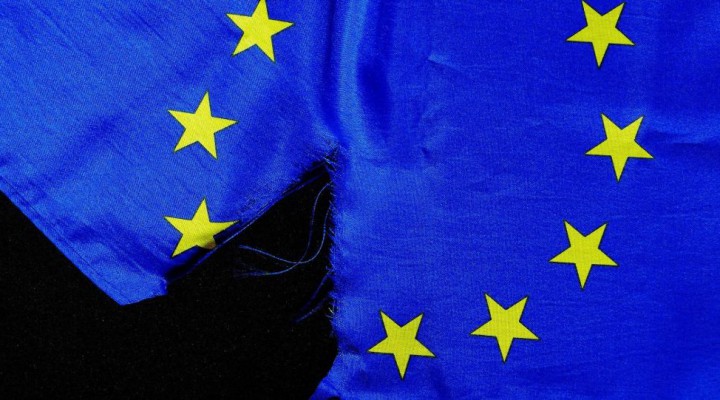 The landmark international nuclear accord with Iran is all but dead. President Trump torpedoed it back in May 2018 when he unilaterally withdrew the US. But it was the Europeans who moved this week to sink the deal.

The European troika of Britain, France and Germany – known as the E3 which, in effect, represents the entire EU bloc – announced that they were “regrettably” triggering a dispute mechanism in the nuclear accord because they allege Iran was not complying with restrictions on its nuclear programme.

Iran is thus in a fiendish dilemma. It can’t “comply” according to the European demands because, arguably, it is not actually in a state “non-compliance” with the nuclear treaty, as the EU asserts it is. Unable to fulfil the E3’s impossible demands, the dispute will most likely lead within weeks to the re-imposition of UN economic sanctions on Iran.

At that point, the international nuclear accord will be dead. The European troika claims that it wants to preserve the Joint Comprehensive Plan of Action (JCPOA), as the pact is formally titled. But their intransigence and treachery towards Iran – and their pandering to US bullying – means that the deal is doomed.

Only Russia and China – the two other signatories to the 2015 accord – have remained steadfast in supporting the JCPOA. Russia this week denounced the E3 move, saying it was not justified. Moscow warned that the baleful direction being taken will lead to further escalation of an already tense stand-off between the US and Iran.

With the US already well out of the JCPOA and the Europeans undermining it further, it looks like the treaty will inevitably collapse and be discarded.

Let’s be clear. The collapse of this accord which involved years of painstaking negotiations to formulate is entirely due to the bad faith and deceit of the Americans and Europeans.

Trump ripped up American obligations after peddling false propaganda about Iran secretly building a nuclear bomb – in supposed violation of the JCPOA. He also inverted reality by accusing Iran of “sponsoring terrorism” which is mere projection on to others of what the American rogue state has been doing for decades.

But the crucial weak link in the chain of events has been the European so-called powers. They have consistently failed to uphold the nuclear accord by not normalising trade relations with Iran as they were mandated to do under the JCPOA. By contrast, Russia and China have.

As Iran’s Foreign Minister Mohammed Javad Zarif pointed out, the Europeans have constantly appeased Trump’s diktats to not do business with Iran. Trump has threatened the Europeans with economic sanctions if they didn’t toe his hostile line.

Pathetically, the Europeans have capitulated to American bullying. Just before this week’s latest move to trigger future sanctions against Iran, the EU was reportedly warned by Trump that if they didn’t do that then he would slap heavy tariffs on their auto exports to the US. Evidently, the EU jumped to the threat like circus poodles.

By caving-in in such a cowardly fashion, the EU has attempted to conceal its backsliding; by backstabbing Iran with claims that Iran was in breach of the JCPOA and by raking up reprehensible US propaganda alleging Iran had “break-out” capacity to build nuclear weapons.

Over the past year, Iran rightly suspended some of its commitments to the JCPOA limiting the enrichment of uranium. That is, however, a far cry from deploying a weapons programme, as countless UN inspections in Iran have verified. What Iran was simply doing was trying to lever the Europeans so that they would finally live up to their commitments and to actually protect the nuclear accord by implementing normal trade relations with Iran. The Europeans failed to do that.

Critics of European governments have often accused them of being subordinate to US policy. They are not independent nor free, it is said. They are vassals that kowtow to Washington’s demands. Such criticism may seem an exaggeration or an unfair caricature.

However, this past week has demonstrated beyond doubt that the description of European “leaders” as minions, lackeys, vassals, flunkies, and so on, under the whip of Washington is an undeniably accurate one.

This European cowardice is very much putting world security at grave risk. Washington abuses power and international law as a matter of course. It wields military and economic aggression all the time against states it targets for “regime change”. And the European Union says nothing in protest, despite its self-proclaimed precepts of rule of law and democratic principles. In short, US lawlessness is enabled by European silent and snivelling complicity.

Cynically, from the US and EU’s point of view, the nuclear accord with Iran was used as a mechanism not for peace and security, but rather for subversion and subjugation against Iran. As a signatory to the Non-Proliferation Treaty (1970), Iran has full rights to develop civilian nuclear industry without any limitations. With hindsight of US and EU mischief, the JCPOA concept was a negation of Iran’s legitimate rights under the NPT – and for nothing in return.

The whole sorry saga demonstrates that the US and the Europeans are not worthy partners. Together, they are a danger to world peace.

Russia should take note as to how its ambitious Nord Stream 2 gas project to Europe may eventually be sabotaged by American diktats and EU betrayal.