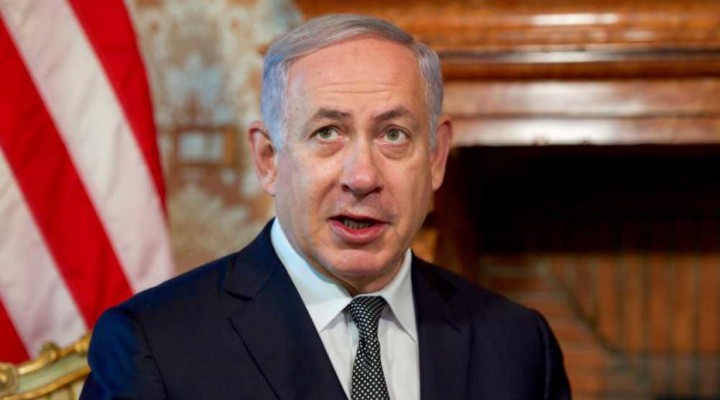 It seems more than coincidence that as the legal noose tightens around Prime Minister Benjamin “Bibi” Netanyahu, Israeli military have suddenly stepped up air strikes on Iranian forces based in Syria, Finian Cunningham writes.

Playing the strongman role on national security and winning another term as prime minister would stave off prosecution over pending corruption charges.

If Netanyahu is ousted from office he will be immediately subjected to trial. A subsequent conviction on all charges could result in him facing up to 13 years in jail. A lot is at stake for Israel’s elder statesmen. At 70 years old, he is the longest-serving prime minister in the history of the Israeli state, having been elected four times already.

Israel’s current political impasse is a particularly dangerous time for Netanyahu. After two elections held earlier this year, neither Netanyahu nor his nearest rival Benny Gantz have been able to form a coalition government. Netanyahu is still the sitting PM. But lawmakers could vote for a new prime minister in the next few weeks, or else failing that the country will be forced to go to a third election in March next year.

Either way, Netanyahu needs to stay in office if he wants to throw the prosecution trial into the long grass. That means the temptation will be ever-stronger for the hot-headed commando-turned-politician to rile up security tensions with Iran and Syria, as well as neighboring Palestinians. Netanyahu has always drummed up votes by presenting himself as the great defender of Israelis.

Over the past week, as a three-year criminal investigation concluded with charges being leveled against Netanyahu for bribery, fraud and abuse of power for favorable media influence, Israeli forces under his command launched deadly air strikes against Iranian targets in Syria. Reports indicated that around 23 people were killed, most of whom were Iranian military belonging to the elite Quds Force. Though Syrian media claimed that most of the attacks were intercepted. Whether Iranian personnel were killed or not, the Israeli intention is to provoke Tehran.

Notably, Israeli military usually do not confirm or deny when they carry out air strikes on Syria or neighboring countries. Tnehis week, however, Israeli leaders including Netanyahu were bragging about the strikes.

Netanyahu said: “I have made clear that any who attack us, we will attack them. That is what we did tonight [November 20] toward military targets of the Iranian Quds Force and Syrian military targets.”

The Israelis claim they were responding to rockets fired from the Golan Heights. But it seems those rockets were provoked by earlier Israeli strikes on Syria just days before.

There is more than a suspicion that Israel was orchestrating the pretext for a flare up in violence. The purpose being to allow Netanyahu to dust off his war medals and flex his muscles for the electorate.

Such a ploy is in keeping with how Netanyahu over recent months has been cranking up the bellicose rhetoric. Before the elections this year in March and September, he has been declaring that if he is re-elected his government would annex large swathes of the Palestinian territory in the West Bank. In spite of international law and UN resolutions designating Israeli settlements as illegal.

US President Donald Trump obliged Netanyahu’s electioneering when the White House announced on November 18 that Washington was henceforth recognizing all Israeli settlements on Palestinian territory as legitimate. Was this Trump shifting US policy to help bail out his friend Bibi, knowing that the indictment sheet was on the way?

Over the past month, Israeli forces have also escalated air strikes on Gaza with dozens of civilians being killed, including families and children. Netanyahu has been cynically winding up fears among Israelis of rocket attacks from Palestinian militants in the besieged Gaza strip. A densely populated area of 1.8 million people subsisting in poverty, deprived of fresh water and electricity, due to Israel’s military cordon.

But in ginning up tensions with Iran in such a provocative way by targeting its elite Quds Force in Syria, Netanyahu is playing with fire.

Russia condemned the Israeli air strikes on Syria last week as unlawful aggression. The Russian foreign ministry warned that such acts were risking a wider conflict in the region.

Again, Trump seems to be aiding and abetting Netanyahu’s agenda of inciting national security tensions with Iran in order to hand Netanyahu a get-out-of-jail card. No doubt Trump knows the feeling as lawmakers in Washington push an impeachment inquiry into his alleged abuse of authority for favors regarding Ukraine.

The dramatic eruption of street violence in Iran over the past week has seen provocateurs hijack public protests over fuel price increases. The rapid spread of arson attacks on public property and shooting dead of several Iranian security force members indicate a foreign role in agitation.

President Trump and his Secretary of State Mike Pompeo issued stark statements of interference in Iranian internal affairs, by encouraging further street disturbances, hypocritically claiming that the US “was standing with the Iranian people”.

Brian Hook, the White House’s special envoy for Iran, even went as far as openly admitting that the US has been working for the past 18 months on finding ways of helping anti-government activists to circumvent internet restrictions imposed by the Iranian authorities to quell the spread of disturbances.

“We have been able to get into the hands of the Iranian people circumvention tools that allow them to communicate with each other when the regime tries to censor them,” said Hook.

Trump and Netanyahu seem to be working hand-in-hand to ratchet up tensions with Iran. Evidently, Netanyahu is betting that the sound of war drums will drown out the calls for his prosecution trial over corruption charges. But rather than facing justice, the Israeli leader seems prepared to ignite a war with Iran just to save his own hide.