HOME / WORLD / What does France want from Lebanon and Hezbollah, and will it achieve its goals? 3/3 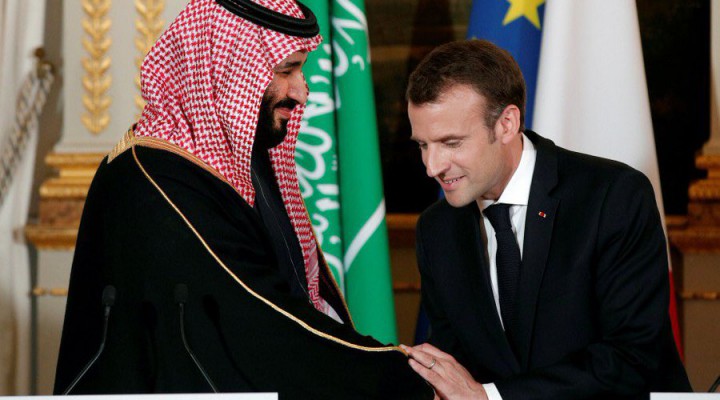 From Lebanon, French President Emmanuel Macron has transmitted messages in multiple directions. It is clear that America did not object to his attempt to intervene directly. Lebanon is a very complex country and that France does not have the necessary base to bring about the changes it desires. But France wants to regain a strong foothold in the Land of the Cedars, starting from the Port and ending with oil, gas, electricity and infrastructure agreements to build a robust popular base, if it succeeds in its endeavour.

However, there is another reason for the presence of France in the Middle East, from which it has been absent for a long time, and that is the Turkish presence that is building for itself fixed positions in Libya, Iraq, Syria, Lebanon and Palestine. After the Port blew up on the 4th of August, Turkish Vice President Fuat Oktay arrived in Lebanon at the head of a delegation that also included Foreign Minister Mevlut Cavusoglu, expressing to President Michel Aoun “Turkey’s readiness to build the port and the adjacent buildings.”

Turkey did not stop at this point, but announced its willingness to grant “Turkish citizenship to anyone who declares that they are Turkish or Turkmen and who wishes to become a citizen.” This has huge implications, because the presence of Turkish citizens in a nearby Middle Eastern country offers the leadership in Ankara an excuse to intervene directly to “protect its citizens” whenever it thinks fit. The Turkish expansion in Libya, Iraq, Cyprus and Syria clearly doesn’t stop President Recep Tayyip Erdogan – who visited the Turkmen Lebanese community in the northern Lebanese town of Kawasha, Akkar, in 2020 – from putting his arms out towards Lebanon.

The foothold of Turkey appeared in North Lebanon through assistance provided by the Turkish Cooperation and Coordination Agency (TIKA) in the northern regions of Denniyeh, Tripoli and Akkar. Remarkable activity by Turkish associations has been recorded in other Lebanese locations, particularly in Ketermaya, Burj Al-Barajneh camp, Debbieh, and other Palestinian camps.

It has been the practice for the states behind the relief agencies and non-governmental agencies (NGO) to pave the way for building an incubator environment for those who fund these agencies. Lebanon has been open to foreign “interference” and, for decades, had embraced multiple foreign countries’ intervention in its domestic affairs, especially after the retreat of Syria (in 2005), which had had a major influential role in Lebanon. Following the harbour explosion this August 2020, several hundred NGOs officially registered to be able to receive the $290 million world donation to (apparently) distribute the moneys to the most damaged areas of Beirut.

Turkey has an interest in investing its companies in Lebanon to explore for gas and oil, and sees Lebanon as fertile ground with opportunities for establishing itself more robustly in the country. The existing and potential allies of Turkey in Lebanon are more than ready to adopt the Turkish line after the decline of Saudi Arabia’s influence in this country in particular and in the Middle East in general. Moreover, the decline of the popularity of former Prime Minister Saad Hariri who used to enjoy the support of the majority of the Sunni, and the sharp differences in the Lebanese Sunni arena that is divided into multiple sections under a multiplicity of leaders from different backgrounds is offering a perfect environment for Turkey. There are strong signs and visual indications that the former Minister of Justice Ashraf Rifi has switched loyalty

The French President’s visit caused a storm in a teacup. The Lebanese political class are still strong notwithstanding the dismal failure to rebuild the country for many decades, and, when accused of corruption, they seek shelter behind their sects. However, a vacuum has been created between these politicians and the people, who have begun to slowly wake up slowly. What President Macron is proposing to do represents only temporary steps to compensate for the current US void. But France is far from succeeding to cover even a small part of the $81 billion deficit. All that President Macron was able to collect was an amount of less than $300 million dollars, insufficient to repair even part of what was destroyed by the Beirut Port explosion. Hence, if we include this financial shortfall and the US role after November 3d election, it is very unlikely that Paris will achieve its desired goals in Lebanon.

0 thoughts on “What does France want from Lebanon and Hezbollah, and will it achieve its goals? 3/3”