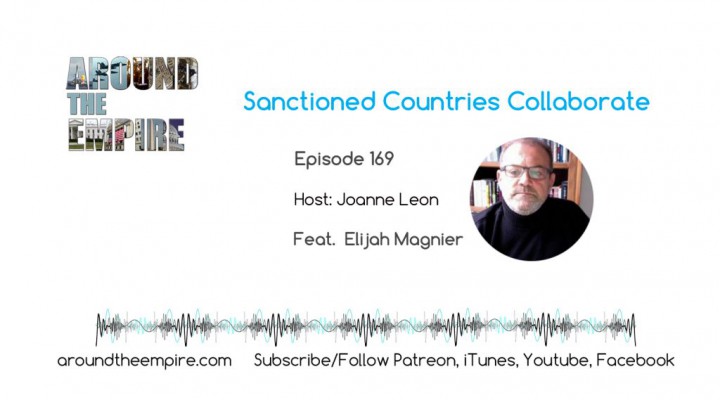 Eventually, sanctioned countries collaborate with each other. In the age of decline of the Anglo-American empire, every tool in the toolbox has been pulled out and weaponized and deployed to maintain dominance and for much longer than is normally effective. Elijah explains how Russia, Venezuela and the axis of resistance in the Middle East (Iran, Iraq, Syria, Lebanon, Yemen) with assistance from China are collaborating to overcome and get around both long standing and ever increasing sanctions by the US and allied countries and also finding ways to be more self sufficient to the point where the sanctions have much less impact and in some ways destructive for those doing the sanctioning. We also talk about the latest developments in Syria and the reconstruction dilemma.

There’s an extra/bonus segment for patrons. Given that this seems like a turning point for the US and the world, I ask Elijah for insights on whether there are parallels in history and for his views on how things are likely to play out. You can find that on Patreon, Episode 169 EXTRA.

Elijah Magnier is a veteran war correspondent and political analyst with over 35 years of experience covering the Middle East and North Africa (MENA).