HOME / WORLD / 100 days after the assassination of Soleimani: Did the US achieve its goals? 2/2 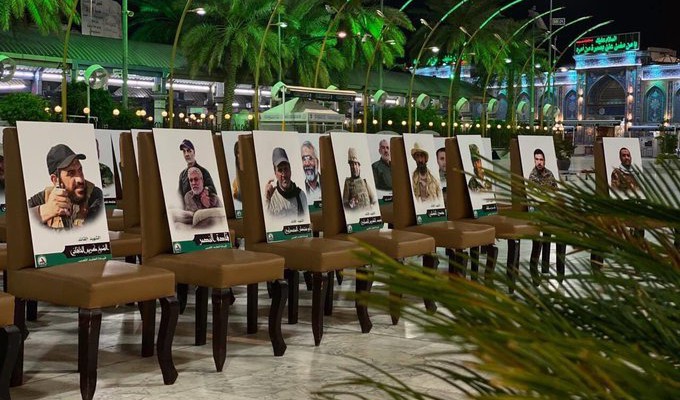 Brigade Major General Qassem Soleimani on encouragement from Israel Prime Minister Benyamin Netanyahu. Israel had never dared to assassinate Soleimani even though the Iranian officer was under the radar in all his movements back and forth from Iran to Beirut, Damascus, Baghdad, Erbil and other states.

The night of the January 1st, Soleimani had returned to Damascus from Beirut following a visit to Hezbollah’s Secretary General Sayyed Hassan Nasrallah. Like every morning when he was in Syria, he asked all his officers based in the Levant to meet just after morning prayers. That morning he unusually kept all his officers for over 12 hours before he left for Damascus airport for a flight to Baghdad.

Netanyahu is too wily to have assassinated Soleimani directly or to agree to his assassination in Beirut or Damascus; he was aware that missiles would fall a minute later on Israel. Both Netanyahu and Trump – according to sources – believed the Iraqi arena was “burning under the feet” of the Iranians.

In Iraq, demonstrations were covering the entire southern part of the country under Shia majority dominance, including Baghdad the capital. The US may have thought that Iran no longer had privileges in Iraq, particularly after a dozen young men burned its consulates in Karbala and Najaf. But people in the street were protesting against the corruptions of Iraqi politicians, the lack of job opportunities and the lack of basic infrastructure, not against Iran.

The US wrongly believed the days of the Popular Mobilisation Force (PMF) – grateful for Iran’s prompt military support in the first days of ISIS occupation of a third of Iraq, when the US declined to rush to defeat the terror group and denied the delivery of paid-for weapons to Baghdad – were numbered. The US administration imagined that 10,000 km away from Iraq it could maintain unchallenged hegemony, uncontested and acknowledged as the sole authority in the Middle East. It mounted a ‘successful’ media campaign against the PMF, describing it as an “Iranian militia”.

Demonstrations in the Shia cities of Iraq were incited in order to obstruct Iran’s goal of making Iraq more stable. They were effective to the point that even the highest religious authority in Iraq, Sayyed Ali Sistani, went along with their demands and requested – and obtained – the resignation of the Prime Minister Adil Abdul Mahdi. The constitutional power was undermined, and the country’s stability was at risk. Shia leaders failed to agree upon a single designated person to lead the country. Soleimani was unable to convince them to choose one candidate that enjoyed the support of the majority. This was the juncture at which the US assassinated Soleimani and al-Muhandes.

The assassination pushed over a million Iraqi protestors onto the streets, protesting against the US presence in Iraq and mourning their leader al-Muhandes who had fought against ISIS for years. For the first time, all groups, political parties and organisations were united under one slogan: US forces must leave Iraq. The Iraqi parliament met and 173 members voted for the withdrawal of the troops. So the price of assassinating Soleimani and Muhandes was far from cheap. The tables were turned on President Trump and his ally Netanyahu. No protestors went onto the streets after that date.

Trump involuntarily gave the PMF and Iran a real boost of support, the same Trump who believed the Iranian allies would be orphaned without the two leaders. Indeed, several Iraqi organisations have sprung up in recent weeks and demonstrated their military capabilities by sharing drone video images of the heavily guarded US embassy in Baghdad and the US base of Ayn al-Assad. Another group showed two IEDs exploding with a one-minute interval against trucks transporting US military vehicles.

Politically, President Barham Saleh first grabbed the opportunity to choose an anti-Iran and pro-US candidate, Adnan al-Zurfi. This was when the Iranian National Council leader Admiral Ali Shamkhani, followed by Ismail Qaani, visited Iraq. Then Al-Zurfi was removed and replaced by a Prime Minister acceptable to Tehran. US troops pulled out from 6 bases and centres, and no US soldier can now walk the streets of Iraq or drive without being a mobile target.

On the Palestinian front, Qaani met with Hamas, “Islamic Jihad”, the Popular Palestinian Front and all the Palestinian groups operating in Gaza. The first meeting took place in Tehran followed by other rallies in Damascus and Beirut. Qaani is determined to support the Palestinians more than ever. Israel is aware of Palestinian military capabilities, mindful that any future confrontation will be costly.

Trump wanted the assassination of Soleimani to be a game-changer. He ended up reaping the whirlwind: open warfare with Iran’s allies in Iraq instead. The Secretary-General of Hezbollah Sayed Hassan Nasrallah said: “The price of the assassination of Soleimani will be the forced exit of the US troops from Iraq”. This means all US soldiers have become potential targets. This is Trump’s glorious Middle East policy in action!

Trump wanted to change the Rules of Engagement and aimed to “have it all”. He will end up asking the Iraqis for an “honourable withdrawal” from Mesopotamia. The assassination of Soleimani offered the “Axis of the Resistance” what Iran could otherwise never have obtained from Iraq – US withdrawal. The loss of Soleimani and Muhandes has strengthened Iran’s position on several fronts. Iran returned to its previous “best policy”, a tried and tested tradition of reaping successes from US missteps in the Middle East.

0 thoughts on “100 days after the assassination of Soleimani: Did the US achieve its goals? 2/2”