HOME / WORLD / Why The ‘Lesser Evil’ Is An Illusion 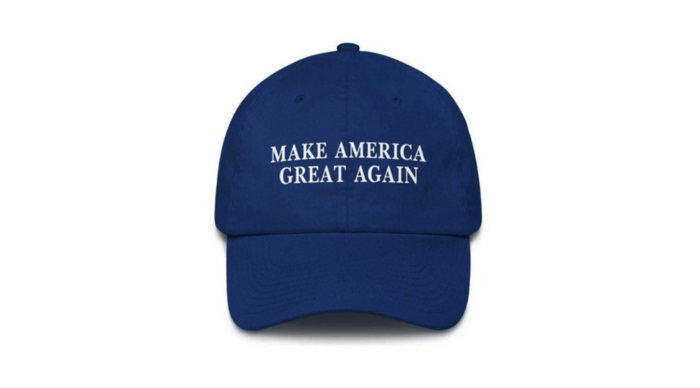 There was a simultaneously hilarious and nightmare-inducing meme format that was popular not long ago called Creepy Garfield, in which the familiar Jim Davis comic is re-imagined as a Lovecraftian horror genre in which the titular cat often features as an eldritch demigod who is tormenting his owner Jon in some existentially terrifying way.

A common theme is a comic which starts out like a normal Garfield cartoon in which Jon is talking to his obese pet in the usual way we all grew up reading, then it turns out we were completely misperceiving the situation and the cat’s head is for example actually part of a tentacled hellbeast, perhaps dwelling within Jon himself.

Anyway, that’s basically what the “two”-party political system is like.

When the comic starts out, you’re looking at two separate and distinct political parties with completely different goals and platforms. One of them seems nice, the other is a bit of a jerk who’s always eating all the lasagna. But subsequent panels reveal something far less comfortable to look at.

As you read on, it turns out that both the character on the left side of the panel and the one on the right side of the panel are actually just two tentacles on the same abyssal monster, who’d been putting on a two-headed performance within the small puppet show frame of the comic strip. In reality, they are both extensions of the same murderous oligarchic forces.

Those oligarchic forces use the illusion of the puppet show to manipulate the public into consenting to their continued rule. For example, in the US there’s a pretend presidential race on right now in which voters are being presented with a nasty, fascistic idiot incumbent who is running against a character who is far from perfect, but at least he’s not the tyrant who has been abusing and terrifying them for four years.

In reality, they’re both part of the same oligarchic Cthulhu monster, whose continued rule is ensured by manipulating people into begging for the tentacle on the left.

Joe Biden is a half-dead piece of beltway flotsam who is held together by nothing but Aricept and crazy glue, and it’s been his job to push for for wars, austerity and authoritarianism on behalf of his oligarchic donors since before most Bernie supporters were even born. Yet American progressives are being told to believe that they can push him to the left during his administration to help them stomach the idea of voting for him.

If he wins the imaginary US election, Biden’s most progressive achievement will be having the most diverse, inclusive and intersectional cabinet of mass murderers ever assembled. He will function in the same way a skin suit full of government agencies, war profiteers and rapacious corporations would function if it became president, because that’s essentially all he is as a person.

There are slightly different factions and agendas in the US oligarchy, and those can manifest as some of them backing one tentacle over the other in various puppet shows. But what all oligarchs have in common is the need to maintain the same basic status quo upon which their respective kingdoms have been built, which means that while there might be some sectarian power struggles at the top, none of them are going to improve upon the oppressive, exploitative, Orwellian, imperialist status quo that is crushing ordinary human beings to death every single day.

So as far as ordinary human beings are concerned, all you’re ever looking at is a giant bully telling you to beg him to punch you with his left fist or he’ll punch you a bit harder with his right.

What do you do in such a situation? What is the correct response when a powerful oligarchy is telling you that if you don’t consent to being ruled by one of its puppets, it will brutalize disadvantaged communities and take away people’s civil rights?

Is it to do as it says, hold your nose, and do everything you can to get the puppet on the left elected so that the oligarchic tentacle beast won’t devour disempowered members of the population? Is it to refuse to appease the beast and elect the right tentacle in a deluded act of defiance? Is it to pour all your energy into building a third party?

Or is it to actually fight?

If you are an American who is dissatisfied with the presidential choices you are being offered in election after election, consider focusing your energy on the status quo itself. Consider taking the energy you might have put into talking about Donald Trump and Joe Biden and putting it into waking up your countrymen to the fact that the political class is there to rob them and the media class is there to deceive them on behalf of their oligarchic owners.

What prevents real change from coming to the most powerful nation in the world is not the fact that the “lesser evil” loses elections, it’s the fact that everyone’s being manipulated into buying into a fake performance that is wholly owned and operated a single oligarchic force which benefits directly from oppression, exploitation and mass murder. It’s that there is no “lesser evil”.

The conversation about the political system should be dragged kicking and screaming into these waters at every opportunity. Refuse to clap along with any aspect of the puppet show, and keep pointing to the oligarchy behind the stage. The naked emperor only has invisible clothes until someone points out that his balls are showing.

0 thoughts on “Why The ‘Lesser Evil’ Is An Illusion”