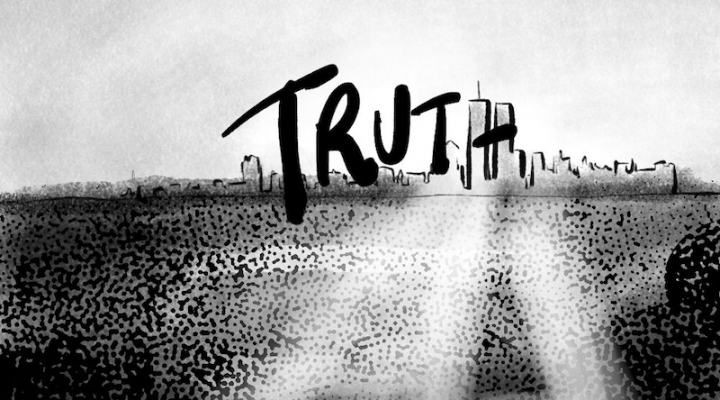 For some reason 9/11 keeps coming up in my online interactions with people lately, both with establishment loyalists who call me a “9/11 truther” and with skeptics who say I don’t write enough about what really happened on that day 18 years ago. So I figured I’ll bang out a few quick paragraphs on the subject in the interest of transparency, and so I don’t have to keep having the same conversations over and over again.

My position on 9/11 itself is pretty simple: I don’t know exactly what happened on the eleventh of September 2001, and I think anyone who claims to know with absolute certainty exactly what happened is fulla shit. But it’s also extremely obvious that the world was lied to about what happened by the US government and its allies, as evidenced by the massive, glaring plot holes in the official 9/11 narrative.

The most concise and rock-solid compilation of these plot holes that I have ever seen was compiled by conspiracy analyst James Corbett in this five-minute video and its accompanying source notes. Corbett made this video eight years ago on the tenth anniversary of 9/11, and to this day I believe it’s the strongest and most irrefutable case against the official narrative.

I have never once seen anyone even attempt to refute Corbett’s video, because as an argument it is completely unassailable. The brilliant thing about it is that, while it’s called “9/11: A Conspiracy Theory”, all it actually contains is the official narrative about how the alleged Al-Qaeda conspiracy to attack US buildings with jet planes is officially theorized to have taken place, per the establishment narrative. Corbett simply tells the story, exactly as it exists in mainstream discourse, but he tells the full story all at once while omitting the part where the storyteller tries to make it all sound perfectly reasonable and plausible. When you hear the official narrative repeated in this way, it’s transparently self-evident that the public hasn’t been told the truth.

So why don’t I talk about this more? It seems like it’s right in my wheelhouse, right? 9/11 was used to manufacture consent for multiple wars in a highly suspicious way that just so happened to align with preexisting imperial geostrategic agendas, and if everyone could understand that they were deceived by their own government and media about something so important, the entire evil empire would come crashing down. Based on all my other writings you’d assume this would be something I’d be focused on facilitating.

But I don’t. I very rarely mention 9/11 except in passing. There are two reasons for this:

Firstly, the narrative control battle has already been decisively won by the other side. The mainstream understanding is that anyone who talks about what really happened on 9/11 is a crazy crackpot who must not be listened to, because the establishment narrative control campaign to discredit and demonize critical thinking on the subject succeeded many years ago. If today’s ubiquitous internet access had happened to coincide with 9/11 and the grassroots push to find out the truth behind it, that narrative control would have been far more difficult if not impossible for the establishment to shore up. But the timing didn’t work out that way, and now the narrative is fully locked down except in the margins of discourse which have no effect on the mainstream.

Secondly, even if there were some way to show everyone in the western world the truth of what happened on 9/11, the establishment propaganda machine would immediately narrative manage the problem away. The operation would be blamed on rogue actors, maybe a few powerful establishment loyalists would face consequences (though probably not) and be replaced with other establishment loyalists, and then the imperial propaganda machine would pace everyone into an understanding of why it’s still right and necessary to support the US-centralized empire and its globe-sprawling war machine. The status quo would march on essentially undisturbed. This is one hundred percent guaranteed as long as the empire still has a functioning propaganda engine.

This is why I focus on attacking the establishment propaganda machine using clear, undeniable arguments against which people haven’t been preemptively prejudiced by narrative management campaigns, in a way that people can verify independently for themselves.

As I explain in my article “How To Defeat The Empire”, people can only hope to oust the oppression machine by using the power of their numbers to do so, and they won’t use the power of their numbers to do so as long as they’re successfully propagandized. The way to kill the empire’s ability to propagandize people is not to run up to them saying things they’ve already been conditioned to view as bat shit insane, it’s to help them see in their own experience that those outlets are behaving in an untrustworthy way here and now. Distrust in the mass media is already at an all-time high, so all it takes is a little nudge in the right direction.

That’s where I choose to pour my energy. Not into attacking a heavily-armored narrative about something that happened 18 years ago, but into independently verifiable deceptions happening here and now like the mass media’s conspiracy of silence on the OPCW scandal, Bellingcat’s easily debunked lies, and the various deceitful narrativesused to manufacture consent for the imprisonment of Julian Assange. I can point to these things in a way that people will actually get curious about and look into for themselves, rather than slamming the cognitive door with a conditioned reflexive “LOL shut up truther.”

It is good and right to ask questions about 9/11, but that’s a rabbit hole that only opens up for people when it opens up for them. You can’t force people to jump down it. Believing I should keep pushing 9/11 truth on principle because they lied to us about something evil is like believing I should keep bashing my face into a brick wall on principle because it shouldn’t be there rather than simply walking around and going through the open door.

Anyway, that’s the conclusion my experience and study of this puzzle has brought me to. I’m open to changing my mind at a later date, but that’s what seems the most effective way to fight the machine for the time being.