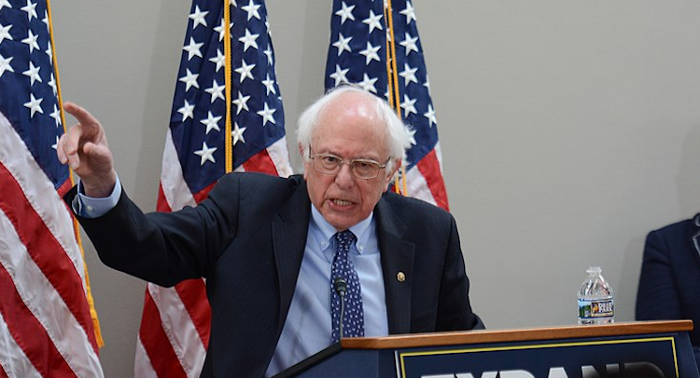 The Robert Mueller hearing on Tuesday was widely regarded as a humiliating disaster, not just by critics of the establishment Russia narrative, but by mainstream Democratic pundits. We haven’t seen a US official look so befuddled and disorganized during a congressional hearing since that time John McCain started babbling gibberish at James Comey, and he had a tumor eating his brain.

“A frail old man, unable to remember things, stumbling, refusing to answer basic questions,” tweeted liberal documentary filmmaker Michael Moore after the circus had ended. “I said it in 2017 and Mueller confirmed it today — All you pundits and moderates and lame Dems who told the public to put their faith in the esteemed Robert Mueller — just STFU from now on.”

“Much as I hate to say it, this morning’s hearing was a disaster,” tweetedvirulent Russiagater Laurence Tribe. “Far from breathing life into his damning report, the tired Robert Mueller sucked the life out of it. The effort to save democracy and the rule of law from this lawless president has been set back, not advanced.”

“On the optics, this was a disaster,” summarized NBC’s Chuck Todd.

As you’d expect, this widespread sentiment is shared by Trump himself, who told reporters after the hearing that “We had a very good day today.”

It is entirely possible that the Democrats and their allied media outlets handed Trump a re-election in 2020 with their nonstop fixation on a fact-free conspiracy theory that was doomed to failure, and many progressives have been pointing this out.

“This whole setup has done more damage to the Democrats’ chances of winning back the White House than anything that Trump could ever have dreamed up,” former MSNBC host Kristal Ball said after the hearing. “Think about all the time and the journalistic resources that could have been dedicated to stories that, I don’t know, that a broad swath of people might actually care about? Healthcare, wages, the teachers’ movement, whether we’re going to war with Iran?”

“It’s a self-soothing fantasy that makes people like Hillary Clinton and her allies feel better, but in reality all of this stood to help Trump, which is why from the very beginning I thought that this was such a disaster,” journalist Aaron Maté told CGTN America’s The Heat regarding the Russiagate conspiracy theory.

“It’s great to see more leftists & liberals recognizing that channelling the anti-Trump Resistance into a stupid conspiracy theory was a massive mistake, but for next time: let’s try harder to voice that when it’s actually happening for 2+ years, not after it finally collapses,” tweeted Maté, whose unparalleled reporting on the gaping plot holes in the Russiagate narrative won him an Izzy Award earlier this year.

Maté can reasonably be described as today’s leading authority on the Russiagate narrative and the arguments for and against it, and he is right not to only single out liberals in his criticism. It is true that there have been plenty of leftists and progressives who’ve continuously opposed Russiagate right from the get go, at least in part for the reasons Maté offers, but it is also true that it wasn’t just liberals who got lost in the conspiratorial haze of Trump-Russia hysteria.

I always get people on the left arguing with me about this, but it’s true. Being involved in progressive circles in 2017 was like watching a zombie apocalypse, with more and more leftists and Berners contracting the mind virus with every shrieking “bombshell” mass media Russiagate report. Maybe in your own small circle you didn’t see anyone succumb to the zombie outbreak, but everyone who interacted with a large and diverse cross-section of America’s true left in early-to-mid 2017 knows exactly what I’m talking about. Not everyone hopped on the Russiagate bandwagon, but many did, likely due in no small part to the fact that Bernie Sanders himself was continuously and forcefully pushing the collusion narrative on American progressives.

But it wasn’t even that they all necessarily bought into the propaganda. When Russiagate first started I pushed back against it hard on social media, especially on Facebook, and during that time I had a few Bernie people (who comprised a majority of my audience back then) admit to me that they knew the Russia stuff was probably fake, but they were helping to push it in the hope that it could hurt Trump. They didn’t honestly believe he’d get removed from office for Russian collusion, but they hoped that pushing for an investigation would help turn up impeachable evidence of corruption, or at least cause him political damage.

What do such people have to show for that strategy now? A new cold war reignited by a president who has been able to escalate world-threatening tensions against Russia with no resistance from his ostensible opposition whatsoever, and a 2020 election that now looks orders of magnitude harder to win than it ever should have been.

There are a couple of lessons that I hope progressives have learned from all this.

Secondly, I hope that progressives are beginning to see that you can’t collaborate with the establishment to defeat the establishment. The oligarchic empire isn’t going to cooperate in its own destruction. Believing that you were going to be able to use an empire lackey like Robert “Iraq has WMDs” Mueller to bring the Executive Branch of the US empire to its knees was very foolish. If there’s any strength left in what remains of America’s progressive movement to effect real change, that change will come solely from grassroots populism, and it will be met with extremely forceful opposition from the Democratic establishment. If what you’re doing isn’t giving Nancy Pelosi literal night terrors, it’s worthless.

The establishment narrative managers are not done trying to herd America’s political left back into the establishment fold. New attempts to manipulate the mind of the American progressive are being workshopped currently, and they will likely be more subtle and devious than Russiagate was. Here’s hoping progressives learn their lesson and grow from it enough to prevent the next manipulation from succeeding.

0 thoughts on “What Progressives Hopefully Learned From Russiagate”