The Worst 2020 Election Interference Will Be Perfectly Legal 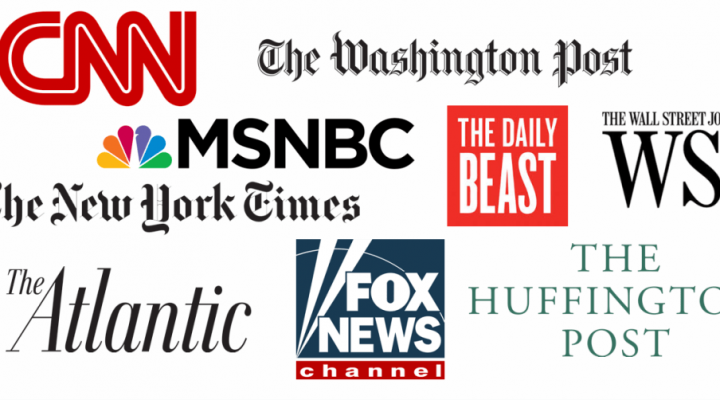 “After the Mueller report was released, our president called Vladimir Putin, spent an hour on the phone with him,” Democratic presidential candidate Beto O’Rourke said on CBS’s Face The Nation yesterday. “Described the report as a hoax, giving Putin a green light to further interfere in our democracy.”

“Russia interfered in the 2016 election,” tweeted presidential candidate Kamala Harris the other day. “If we don’t do anything to upgrade our election infrastructure, we will leave our nation vulnerable to future attacks.”

We’ve been seeing many such hysterical warnings about Russian interference in the upcoming 2020 elections, and as the election gets nearer we are 100 percent guaranteed to see a lot more.

Lawmakers worry that elections will be held on woefully outdated voting machines and that any tampering by adversaries could lead to disputed results http://j.mp/2M2lopy

Lawmakers and experts worry elections will be held on voting machines woefully outdated and that tampering by adversaries could lead to disputed results.

Another concern people have been voicing, which has far more legitimacy, is the fear of election tampering from domestic actors. An article published the other day by Roll Call reports that experts are warning America’s 2020 elections “will be held on voting machines that are woefully outdated and that any tampering by adversaries could lead to disputed results.” An article published last month by the Guardian warns that new voting machines aren’t necessarily an improvement.

“The purchases replace machines from the turn of the century that raise serious security concerns,” the Guardian reports. “But the same companies that made and sold those machines are behind the new generation of technology, and a history of distrust between election security advocates and voting machine vendors has led to a bitter debate over the viability of the new voting equipment – leaving some campaigners wondering if America’s election system in 2020 might still be just as vulnerable to attack.”

Initiatives are sprouting up to bring more election security and reliability to the United States, which is currently ranked dead last in election integrity among all western democracies. Support for paper ballots is picking up steam with support from Senate Democrats and multiple presidential candidates, and rightly so; hand-counted paper ballots is considered the gold standard for election integrity, and every nation should want that for their voting systems.

But neither foreign interference nor domestic vote tampering will be the most egregious form of election meddling that we will see in America’s 2020 presidential elections.

Reminder: In 2016, Washington Post ran 16 negative stories about @SenSanders in 16 hours. Has to be a record of its kind. https://fair.org/home/washington-post-ran-16-negative-stories-on-bernie-sanders-in-16-hours/ …@adamjohnsonNYC for @FAIRmediawatch#BernieSanders2020 #BernieSanders

In what has to be some kind of record, the Washington Post ran 16 negative stories on Bernie Sanders in 16 hours—a window that includes the crucial Democratic debate in Flint, Michigan, and the next…

In 2016, at the single hottest and most contested moment of the Democratic presidential primaries, the Washington Post published no less than sixteen smear pieces against Bernie Sanders in the span of sixteen hours. This campaign by a newspaper which is solely owned by the richest man in the world (who also happens to be a CIA contractor and Pentagon advisory board member) was plainly geared at manipulating the 2016 presidential primary results. And, along with similar campaigns by the rest of the plutocrat-owned media which ranged from blacking out coverage on Sanders to deliberately manipulating narratives about him to circulating outright lies, it succeeded.

We are already seeing this same pattern repeated today, arguably in an even more egregious way. A recent article by Matt Taibbi for Rolling Stone titled “We’ve Hit a New Low in Campaign Hit Pieces” documents some jaw-droppingly obnoxious smears leveled against the two Democratic candidates who are taking the most flack from the mass media, Sanders and Tulsi Gabbard. The Daily Beast added to the growing mountain of MSM Gabbard smears with an article titled “Tulsi Gabbard’s Campaign Is Being Boosted by Putin Apologists”, claiming on essentially zero evidence that the Hawaii congresswoman has a suspicious amount of support from Kremlin loyalists, a smear which was elevated into mainstream consciousness by ABC and CNN. Sanders was smeared by the New York Times for his previous opposition to US interventionism in Nicaragua.

We’re not even halfway through 2019 and there are already far too many of such mass media hit pieces for me to list in this article. These plutocrat-owned outlets are doing everything they can to make sure that Trump will be running against a more polite version of himself come November 2020. Hell, Fortune Magazine just published an article titled “Why Joe Biden Is the Only True Progressive Candidate“, which attempts to argue exactly what the headline promises. Once the primaries are over, this manipulation will shift toward whoever’s the oligarchic favorite for the general election.

Why Joe Biden is the only true progressive candidate http://bit.ly/2HOMHOS

Commentary: Why Joe Biden Is the Only True Progressive Candidate

The presidential candidate has been attacked by President Trump on the right and Rep. Alexandria Ocasio-Cortez on the left. This only works in Biden’s favor.

520 people are talking about this

As soon as you see someone become extremely wealthy, you immediately see them start buying up public narrative control. They buy and invest in media outlets, they pour money into influential think tanks, they send lobbyists into government offices to persuade politicians to think a certain way about a given subject. Ordinary people can’t afford to do these things, so they have relatively little control over the dominant narratives about what’s going on in our society and our world.

It is therefore an indisputable fact that the very wealthy therefore have an immensely disproportionate influence over the way that people think and vote, which means the plutocratic class has the fully legal ability to practice election interference. Both the plutocratic media and the US government have already tacitly admitted that this is true in the frantic, hysterical way they’ve been talking about Russian Facebook memes as election interference, despite the fact that those social media posts are a microscopic drop in the barrelof the billions and billions of dollars that goes into mass media election coverage. If the Internet Research Agency of St Petersburg was election meddling, then the plutocratic class which consistently manipulates public narratives to its favor certainly is as well, to an extent that is greater by orders of magnitude.

Of course it’s good that people are pushing for paper ballots, and it’s not a bad idea to take precautions against foreign interference as well, but we must become aware that the greatest share of election interference happens before anyone sets foot in a polling booth. The way the American psyche is pummeled with mass media narratives designed to manufacture consent for war, economic injustice, ecocide, Orwellian government intrusiveness, and the politicians who promote these things will influence far more votes in 2020 than any other election tampering, foreign or domestic.

Mass media propaganda is the single most overlooked and under-appreciated aspect of our society. The ability of an elite class to control the way a supermajority of the population thinks, acts and votes has shaped our entire world in the favor of a few sociopaths driven by an insatiable lust for money and power who got to where they are because they were willing to do anything to get ahead. If we can’t find a way to get a handle on that, then it won’t matter how pristine your elections are, how ethical the DNC primary process becomes, or what the Russians are up to this year.

Do you want to live in a world which is built around the selfish desires of powerful, amoral manipulators and hoarders? No? Then you’re going to have to start doing what you can to oppose such a system, and to convince as many of your brothers and sisters as possible to join you.